Today on October 10th in Al-Khalil at around 13h, thousands attended the funeral of Mohammed Fares Mohammed Abdullah Al-Jabari, killed yesterday near Kiryat Arba at the hands of an Israeli police officer, after allegedly trying to stab him. After the funeral a crowd of mourners headed to Bab Al-Zawiyah to demonstrate against the Israeli occupation as they have been doing daily since the unrest broke out in the West Bank a few days ago. 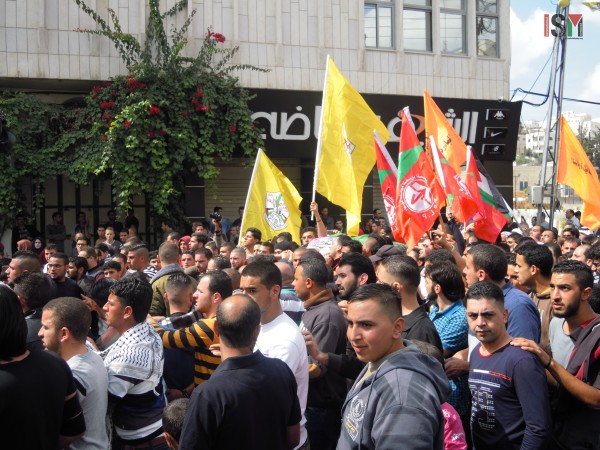 The Palestinian youth Mohammed Fares Mohammed Abdullah Al-Jabari was shot dead by the IOF in the illegal settlement of Kiryat Arba, near Hebron

A contingent of Israeli soldiers and police occupied several private buildings in the area as well as the entrance of the Shuhada checkpoint. From their position, the IOF repressed the incipient gathering shooting tear-gas and rubber coated steel bullets. As the crowd resisted and refused to disperse the IOF reaction became more aggressive and also started shooting live ammunition at protesters, injuring at least seven with rubber coated steel bullets, including a Doctor who was shot in the face while attending to the injured. On the other side, a group of protesters tried to fight back just by throwing stones that could not even reach the soldiers’ position. 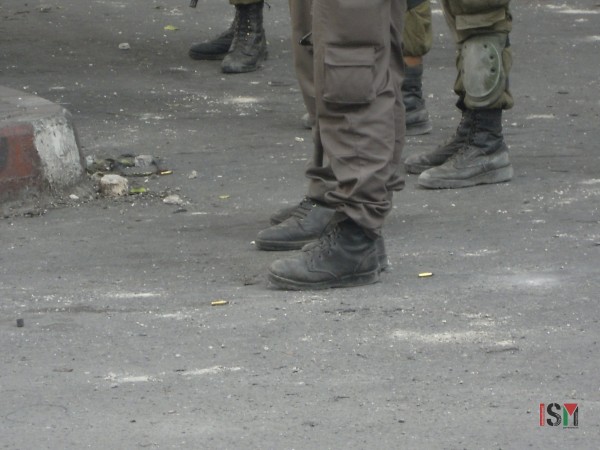 In the middle of the clashes, a local elderly man bravely stood himself in front of the soldiers and asked them to stop the shooting and leave the place. According the current Oslo Agreements, the area is under Palestinian authority and the IOF should not make presence there. Suddenly, the man fainted before the indifference of the Israeli officers, who restricted themselves to pointing at him with their fingers, while other locals and members of the Red Crescent came to his aid.

International observers as well as several press staff witnessed the use of live ammunition and the disproportionate use of force by the Israeli armed forces. 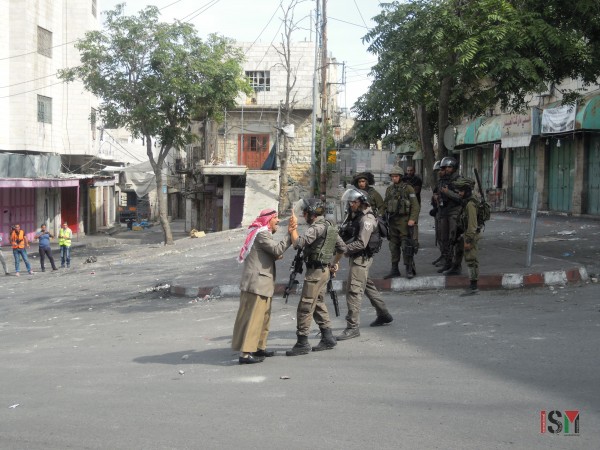 At the time of writing (18h) clashes are still ongoing in the surroundings of Bab al-Zawiyah, with large amounts of stun grenades, tear-gas and rubber coated steel bullets being shot.