Gaza: between rebellion and sacrifice

How much hopelessness, suffering, unpunished abuse, how much spilled blood can the human heart take before bursting?

Ahmed Al Sarhi was executed in cold blood yesterday by an Israeli sniper, from the cowardly distance of the Zionist fence that encloses Gaza, turning it into a prison. This is just another story of this shameful concentration camp that, as if that was not enough, is also routinely bombarded by the Zionist war machine with total impunity. 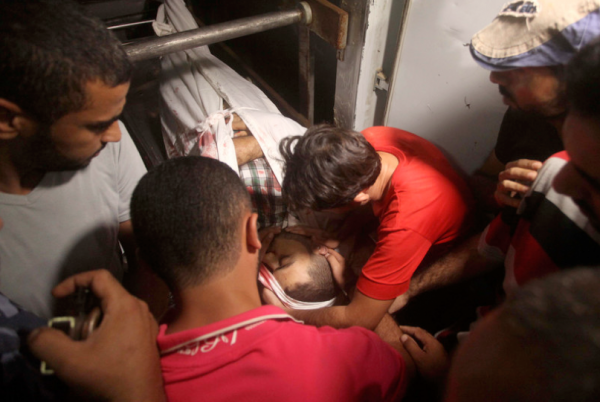 Including Ahmed, there has been a total of fifteen people killed by Israeli forces since October 9th, in the Gaza strip alone. This includes a three year old girl and her pregnant mother, who died as a result of the bombing of their family home. Throughout Palestine since the beginning of this month, fifty-two people have been killed, among them twelve children. The systematic killing of children by the occupation forces is not a mistake or collateral damage, figures confirm that Palestinian children are the main military target of Israel. 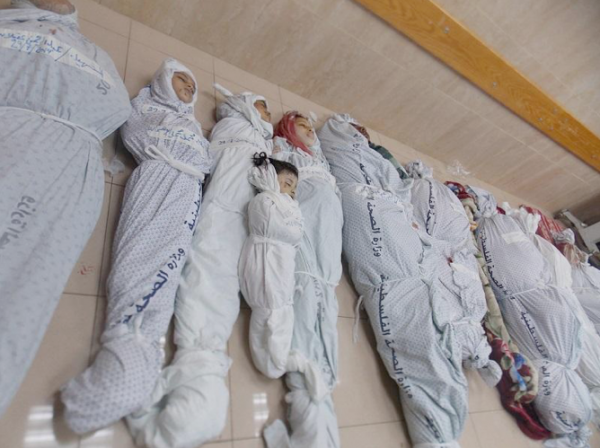 But we cannot limit ourselves to stating names, figures, data without contextualizing what happens here in Palestine – at the root of this catastrophe, a vicious occupation of a colonial entity imposed by blood and fire on Palestinian territory, with the full support of the so-called Western Democracies. Palestinians are being killed on their own land, the land of their ancestors. They have not come to seek death, death has come to them under the guise of a “religious conflict,” but that is not true – this is plainly colonialism, theft, conquest and occupation, and for this the Zionist entity conducts a continuous and terrifying ethnic cleansing.

Among the first victims of this genocide is the truth, so it is our duty to prevent mass media outlets from turning Palestinians into “terrorists” who always “die” in an “ongoing terror attack.” To begin with, they are not terrorists, they are an occupied people exercising their legitimate right to defense with all the resources – very few resources – at their fingertips. They do not “die”, they are executed in cold blood by one of the most powerful armies in the world or by that other paramilitary entity, formed by fanatical settlers highly trained and armed to the teeth.

How much hopelessness, suffering, unpunished abuse, how much spilled blood can the human heart take before bursting? What terrible reasons can drive a young man to take a kitchen knife and be under the Zionist bullets attempting a futile defense, the last desperate act of rebellion for justice? A justice that has been denied to them from the day of their birth to the day of their death.

Those Palestinians, described by the media in a  de-contextualized, biased, malicious way, as “neutralized terrorist”  are mostly young people and teenagers. The dramatic reality that the media handle turns this into a grotesque spectacle where the executioner becomes the victim should not go unnoticed.

After the cold-blooded murder of these children, young martyrs, there are more crimes: their families are beaten, lynched, imprisoned, their homes demolished, their residence permits revoked, a whole series of infamous collective punishments – illegal and heinous – trying to silence a people pushed to the limits of their endurance.

In the Gaza Strip there are no kitchen knives as weapons of the juvenile despair. Here the occupation is not present face to face like in the West Bank, here it remains lurking behind cowardly attacks from the distance of warships, planes, helicopters and drones and by land surrounding Gaza with a fence full of turrets, tanks, rifles and all kind of military technology at the service of death.

Then young Gazans, many of them teenagers or children, who have already suffered in their own flesh three brutal massacres, stripped of all hope and future, march to the very limits of their imprisonment in a sacrificial ritual, to offer their defenseless chests to the bullets of the occupier, with no other weapon than a harmless stone, a flag, their rage and pride – it is all they have in the presence of death. Children, young martyrs of Gaza, march to the borders of this, their land, their prison, their grave, to offer their brief life as anonymous prisoner to put a dignified end to their agony. 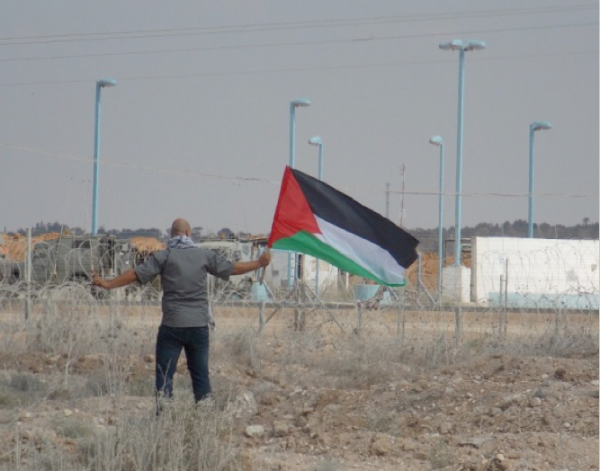 It is our duty to not let them be murdered three times over, where yes – because that Zionist colony sadly known as “Israel” commits on them a triple crime – there is first the murder itself, secondly the impunity of the fact and third, equally or even more terribly, the slander of the victim, making the victim guilty of their own death.

If we cannot prevent the slaughter of the Palestinian people, at least we have to avoid that impunity and slander primed on these desperate boys in search for justice, or even more painfully, a quick escape to this long tragedy.

As you read these lines the Zionist occupation and international silence continue to send children to their death.