Abed al-Rahman Shadi Obeidallah, 12 was still in his school uniform when he was rushed in a civilian car to Beit Jala hospital from Aida refugee camp in Bethlehem today. The boy, from from a Al Kahder village, was shot in the heart during confrontations at Aida camp as violence explodes across the West Bank prompting the Red Crescent to declare a level 3 state of emergency across the occupied Palestinian territories. Another boy was shot in leg with live ammunition during the attack. 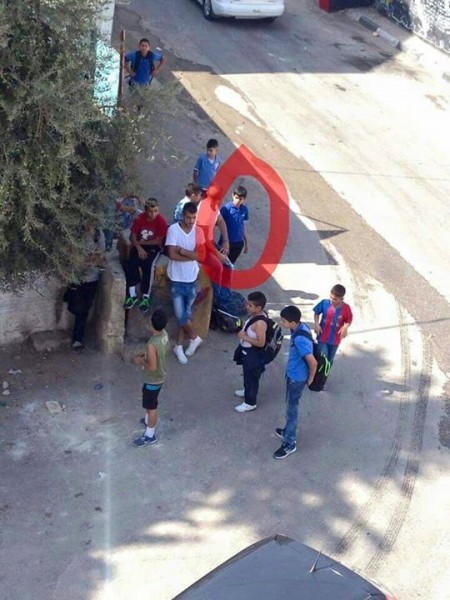 Abed al-Rahman Shadi Obeidallah, 12, just before being shot to death by Israeli forces in Bethlehem

Denouncing Israeli violations against humanitarian international law, the Palestine Red Crescent Society staff have endured 14 attacks on their emergency vehicles as Israeli forces and settler violence has sharply surged in a bloody three days. Attacks on PRCS have included medics being beaten by soldiers in Jerusalem, Israeli forces beating an ambulance crew with batons in the old city of Jerusalem and after one attack on an emergency crew in Jabal Al Taweel (Al-Bireh), two medics were injured. Israeli forces attacked an ambulance in al-Issawiya village in occupied East Jerusalem, before arresting an injured Palestinian who was being treated inside the ambulance. An ambulance windshield was also shattered by settlers in Burin village in Nablus. Burin underwent a frightening attack by settlers which left much of it in flames.

Reportedly 465 Palestinians have been injured thus far, including 28 shot with live ammunition and 68 injured with rubber coated steel bullets. Hundreds of others have been overcome by teargas that Israeli forces have been showering over villages and in cities where Palestinians have gathered to demonstrate against their murdering of several Palestinian youths since this past Saturday. 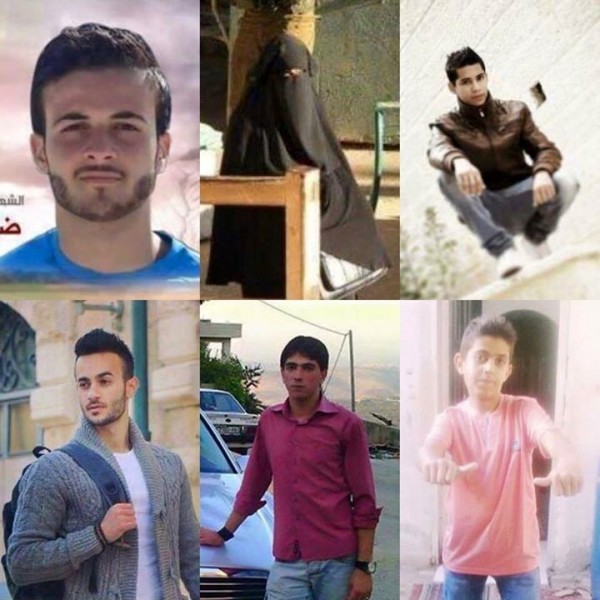 Fadi Samir Mustafa Alloun, 19, from the East Jerusalem village of al-Issawiya, was shot to death by Israeli forces after allegedly attempting to stab a group of Israelis. 18-year-old Huthayfa Othman Suleiman was shot in the chest during clashes and died in the operating room. In a particularly heinous attack, Yousef Bayan al-Tabib, just six years old, was standing on the side of the road when a settler reportedly stopped his car, shot the child in the stomach, and fled the scene.

Across the occupied Palestinian territories, there have been reports of settlers slaughtering Palestinian’s sheep, attacking Palestinian cars with stones on roads and carrying out violent attacks on villages. As for Israeli forces, soldiers disguised as Palestinians assisting an injured Palestinian into a hospital in Ramallah, disabled security cameras and proceeded to arrest a Palestinian undergoing medical treatment. This is similar to other hospital raids in recent days where a variation of this tactic was repeated.

As for the Israeli government, Netanyahu today made an inflammatory statement to wage a “harsh offensive” against Palestinians; Zionist opportunism at its most typical.  Collective punishment is the usual expectation when it comes to the illegally occupying force dealing with the civilian population whose land they are occupying.  Israel launched three air strikes in the besieged Gaza strip targeting alleged Hamas ‘terror’ sites after two rockets were fired from Gaza, hitting nothing and injuring no one.

News reports of shootings, injuries, murders, arrests and raids continue to flood in as the situation unfolds at a lightning quick pace. For Palestinians enduring the brunt of Israeli incited race hatred and promoted retribution for the shooting of two Israeli settlers last week, the cavalierly imposed restrictions on al Aqsa Mosque, which have sparked outrage and violent confrontations- and the ensuing chaos, are yet another violent incursion into their lives.