Two of the boys were arrested after allegedly having a fight with ‘Jewish boys’. The two boys – Awne Abu Shamsiyye, 17, and Tarek Salhab, 17 – where both dragged up a hill by soldiers, the first handcuffed, the latter one with his arms twisted behind his back by a soldier. The three boys from the illegal settlement in Tel Rumeida however, did not even get stopped or questioned by the soldiers.Instead, they stood watching the arrest and harrassing the boy’s families and Palestinian families living in the neighbourhood. 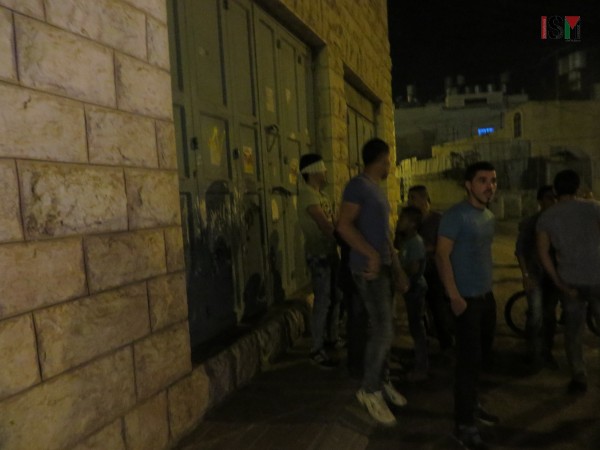 Nizar Salhab, only 16 years old, was accused of hitting a soldier, and thus handcuffed and blindfolded by soldiers in front of Gilbert checkpoint. He was forced to wait standing on the sidewalk unable to see anything for almost an hour. His family and friends then helped him remove the blindfold, only a few minutes before the army took him to the military base in a jeep. 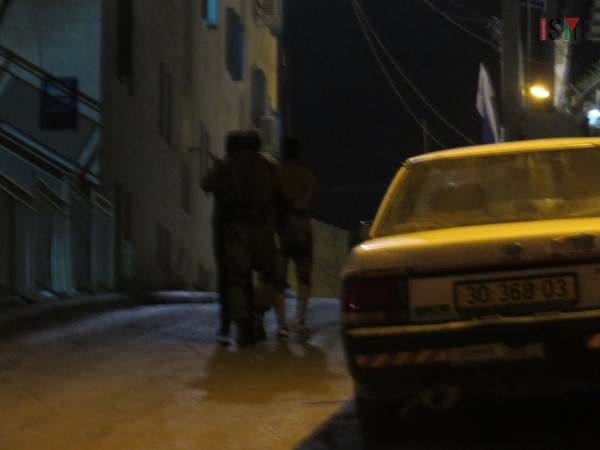 One of the boys being dragged up the hill by a soldier.

Random arrests of Palestinian chlidren is a common occurence in al-Khalil (Hebron). Palestinian families constantly have to live with the fear of their children being arrested or kidnapped and disappeared, with soldiers not informing families of these kind of events. The three boys yesterday, fortunately, were released – but still this only happens rarely and still, they were detained for a long time without any evidence or valid reason.