Today in occupied al-Khalil (Hebron), Israeli forces ruthlessly attacked a peaceful demonstration.
The demonstration was organised against the Israeli forces deadly shooting of 18 year old martyr Hadeel Hashlamoun at a Tel Rumeida checkpoint yawning into segregated Shuhada Street.
Israeli forces started shooting endless rounds of stun-grenades at the protestors. An ISMer present there explains: “The sound of stun grenades kept echoing throughout most of the day.” Many of the stun grenades were also directly targeted at Palesinian family homes’ roofes as well as fruit stands in the neighbourhood around the checkpoint. 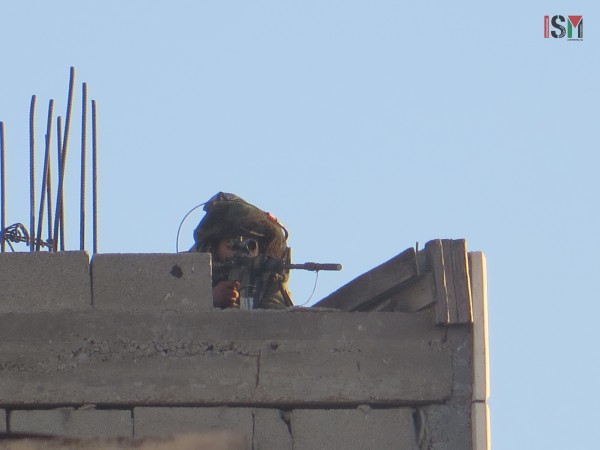 In the evening, rubber coated steel bullets were shot by Israeli forces at the youth. At least two persons were injured, one in the arm, and another one in the leg. Unproportional use of force against Palestinian demonstrators is widespread throughout the West Bank and Jerusalem.

Watch a video of Israeli forces shooting rubber-coated steel bullets at the demonstrators: