Today, Israeli forces stopped, searched and harassed Palestinians on their way to Ibrahimi mosque and in the vicinity on the second day of the Muslim holiday of Eid al-Adha for Friday prayers in Al-Khalil (Hebron).

Crowds of worshippers were flocking to the mosque around noon. Before being allowed into the mosque they have to pass through metal detectors manned with Israeli forces. Even though the majority of the people passed from the Palestinian market and through a checkpoint already, only a few meters afterwards they are forced to pass through yet another checkpoint. Small children, boys and girls clung to the hands of their parents when passing through the checkpoint. 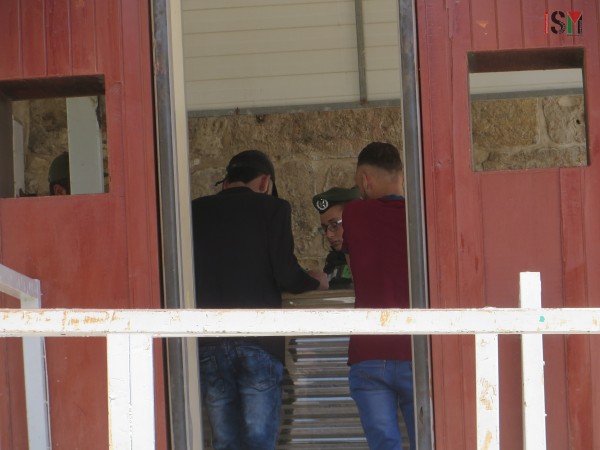 In total, 27 young adults were stopped and ID-checked on their way to Friday prayer, and forced to leave their ID with the Israeli forces before being allowed to enter into the mosque. Another two were detained for about fifteen minutes before finally being allowed to pass. All IDs had to be collected at the end of the prayer from the same soldier, delaying Palestinians on their way back home for yet another five to ten minutes during which soldiers where trying to find the right ID for each person. 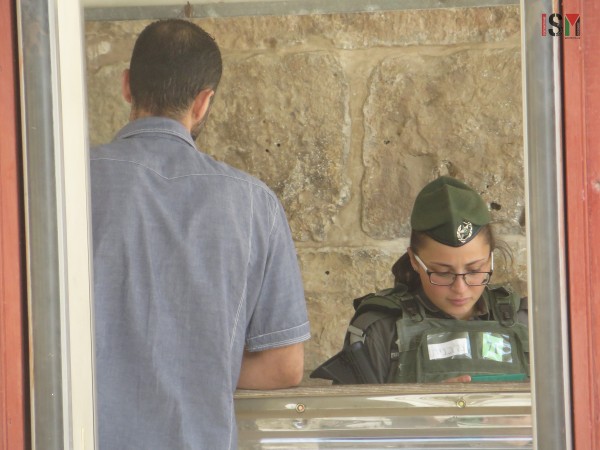 Five teenagers were bluntly refused access to the mosque, denying them their right to exercise their religion. Whereas three of the boys left, two of them after being yelled at and pushed by an Israeli soldiers; two other teenagers were forced to perform their Friday prayer outside the mosque in the street.

One man, just passing on the street next to the checkpoint, talking to a friend entering to the mosque, was confronted by soldiers. One soldier ran towards him from the checkpoint, demanding him to stop and questioning him about the content of his bag. The man was forced to immediately open his bag, containing meat for lunch with his family, all while soldiers were shouting at him. They then forced him to pull up his shirt and trousers. Bystanders were watching anxiously, as only three days ago, the murder of 18-year old Hadeel Saleh Hashlamoun at another checkpoint in Al-Khalil shocked the community. 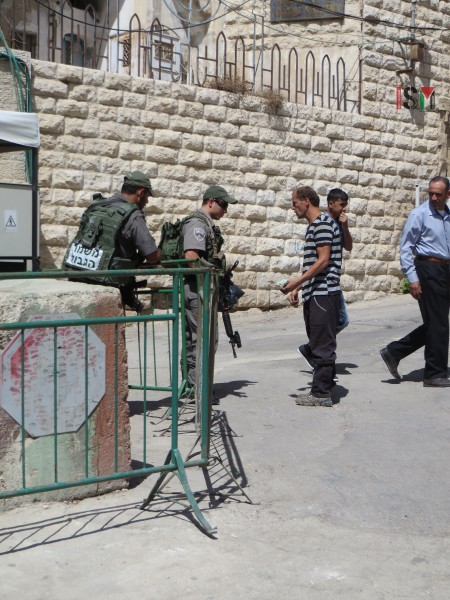