Sunday night an international human rights observer was arrested by Israeli forces on bogus charges in al-Khalil (Hebron) in occupied Palestine.
The activist was detained by Israeli soldiers when leaving a house in the Tel Rumeida neighbourhood  of al-Khalil. Only a few minutes later, a reinforcement of another group of about 7 soldiers arrived. The only explanation provided by the soldiers in English to the two volunteers, who do not speak any Hebrew, was that they had to wait for the police to arrive for an explanation on the detention.
When the police arrived, the police-man immediately took the passport of one of the internationals, not even asking to see the other person’s passport. As the police-man himself did not speak any English, a soldier had to translate the charges to the volunteer and explain to her, that she had to come to the police station. The soldier lawlessly accusing the international was later present at all times at the police station except for interrogation. 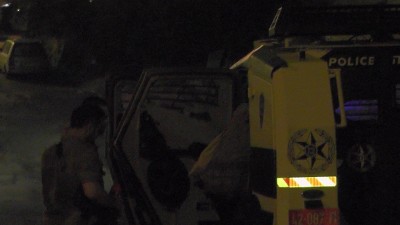 The international was released only on the condition of signing a paper banning her from the ‘Jewish part’ of the city and passing through any checkpoint for a week. An explanation on what exactly that means was not given by the Israeli forces, who tried to ascertain the activist that she would be allowed back to move freely in al-Khalil on Saturday morning, an obvious attempt to have a reason to legally arrest her on violating the conditions of the seven-day period.
This is clearly intended to impede her work as a human rights observer, and tries to stop her from documenting and reporting on violence against Palestinians and violations of human rights and international law by Israeli forces. In al-Khalil (Hebron), a ctiy often dubbed a microcosmos of the occupation with illegal settlements right in the heart of the city, violence against Palestinians both by settlers and soldiers is rampant. Human Rights organisations are documenting and reporting on daily incidents to reveal the impact of the military occupation in Palestine and to raise awareness. 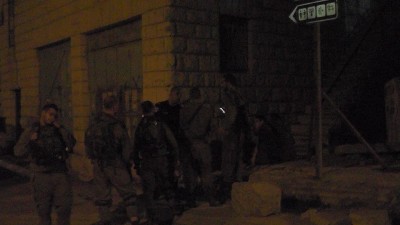