Palestinian human rights activist and community supporter, Mahmoud Abujoad, has been detained by the Israeli authorities under false allegations. He and his family urgently need our support to help get him released at his court hearing this Tuesday, September 29th at the Ofer military prison. 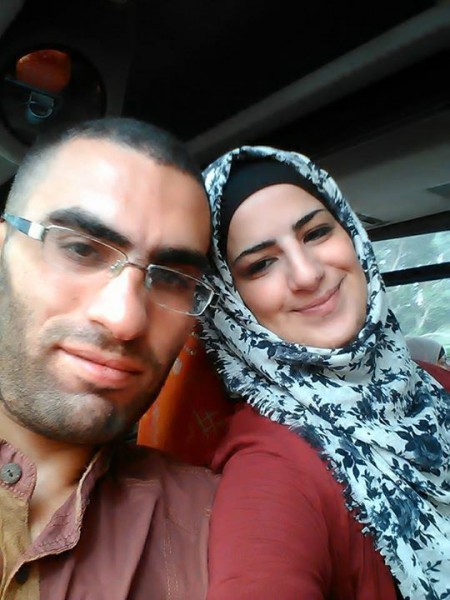 Mahmoud Abujoad and his wife Sireen

Mahmoud, 29, and his wife Sireen were detained by Israeli border police while they were on their way to Jordan to visit family. They were both detained for eight hours at the border, while being blindfolded, handcuffed, and denied water, food, and access to toilet facilities. Sireen was released, but Mahmoud was kept and later charged with throwing stones at a demonstration during the Israeli bombardment of Gaza a year ago, which he did not attend. His family has to pay a bail of 8000 NIS (£1300) in order to get his released.

Mahmoud is working with Jordan Valley Solidarity (JSV), a movement supporting the communities in the Jordan Valley, documenting human rights abuses, and rebuilding homes and water supplies demolished the Israeli army. Mahmoud was recently involved in a project fundraising for a school bus for children in isolated communities to access school.

As a Palestinian, Mahmoud has no right to see a lawyer, is given no presumption of innocence, and is not given a fair trial. The family has been told he can be released Sunday September 27th 2015, for 8000 NIS (£1300). Under Israeli law, the charge of throwing stones at a demonstration could sentence him to 20 years of prison.

Mahmoud, his family, and the communities he is working with need our help to secure his release.

To find out more about supporting Mahmoud and his family go here.