One year after Israel’s attacks in the Gaza Strip, the massacre in Khuzaa is vividly remembered by one of its inhabitants.

Dr Mohammed Qudaih lived with his family in Khuzaa, in the southern Gaza Strip, less than a kilometre away from the Israeli fence, the military turrets, and from the Palestinian land occupied in 1948. 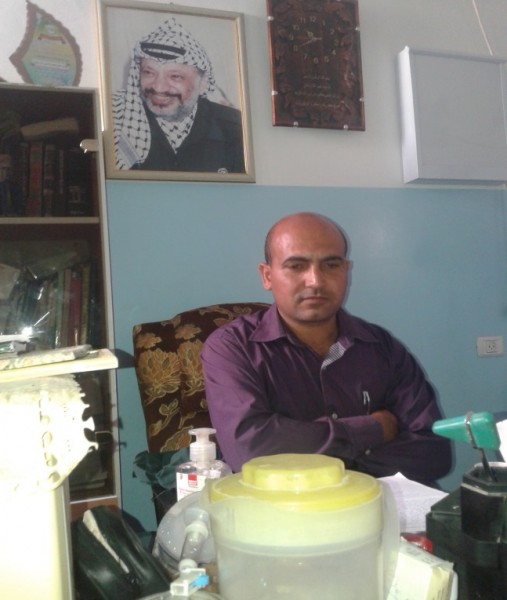 Dr. Mohammad in his office. Photo by ISM

Mohammed, who is a surgeon, worked in his little clinic when the Israeli aggression started last July. He and his family decided to stay in Khuzaa despite the bombings were getting worse. “They raged specially over homes, schools, hospitals, ambulances… Israel’s favourite targets”.

Suddenly his tiny clinic was full of wounded people and neighbours, who believed that a health care centre would be a safe refuge against the one-ton bombs thrown by the F16 planes. Sadly they were wrong. Many of the wounded families were attacked again when the occupation forces launched the ground invasion with their powerful war machine, funded by the so-called “Western Democracies”.

Many villagers of Khuzaa, survivors from the horror of the first attack, wounded but able to survive, were killed when they were receiving medical treatment by Dr Mohammed. Both the office and Dr Mohammed’s house were crowded with hundreds of refugees and wounded people. Women’s hijabs were transformed under the snipers’ fire into bandages to stop the bleeding of children, women and wounded men. The kitchen table was quickly transformed into a surgery table, the windowless bathrooms in useless shelters against the barrage of bombs and gunshots.

Ahmed, the younger brother of Mohammed, who was only 22 years old, bled to death from a mortar while helping a woman in the clinic courtyard. 130 people were cowardly murdered by the occupying forces only in that area of Khuzaa. 520 more were wounded, mostly children and women, all of them severely injured, in face of the ruthless war weapons used by Israel against an unarmed and defenseless civilian population. More than 500 homes were completely razed in Khuzaa during the 51 days of the slaughter. But one year after Dr Mohammed clarifies “the massacre continues. Gaza is still blocked by land, sea and air, closed up tight. Where are the UN and the other agencies supposedly responsible for protecting human rights? Where are the International community and the Media? Where is the reconstruction? Where is our freedom? We won’t stop resisting as long as they keep oppressing us. We hope all these sacrifice will bring us our freedom…”. 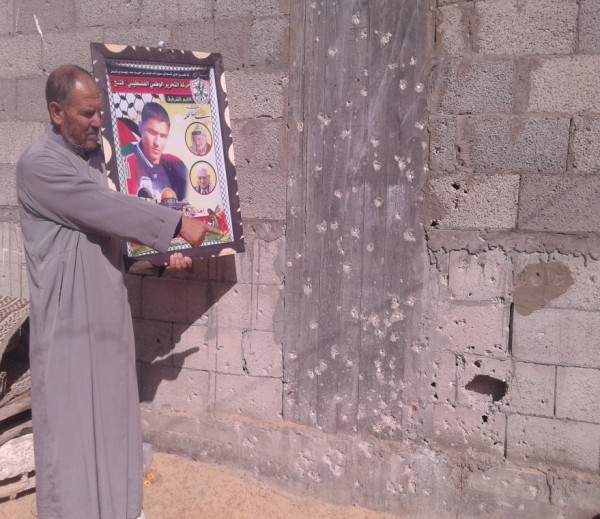 Dr. Mohammed’s father holding the picture of his 22 year old martyred son, Ahmed and pointing to the exact place where he was murdered while trying to help a woman. Photo ISM 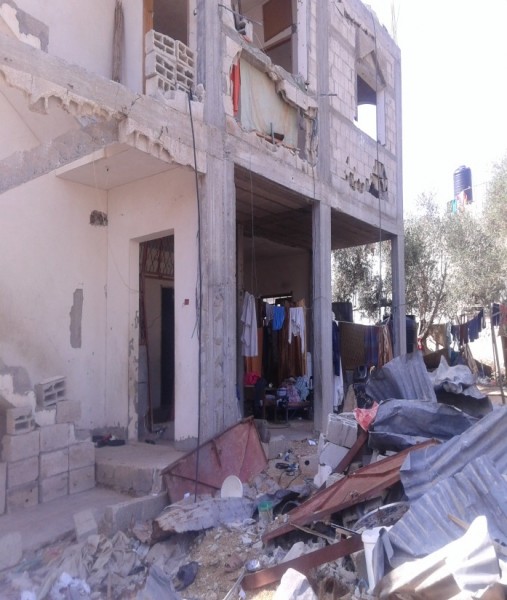