OCCUPIED JERUSALEM, (PIC)– A report issued by the UN Office for the Coordination of Humanitarian Affairs (OCHA) showed the escalation of Israeli violations against Palestinian civilians in their occupied territories during 11-17 August, 2015. 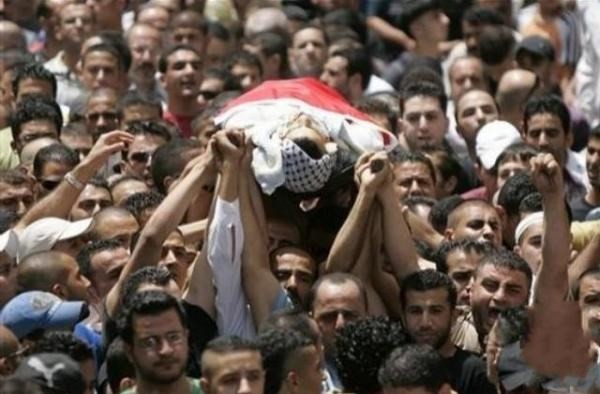 OCHA revealed that Israeli forces shot and killed two Palestinians, 21 and 22 years old, in two separate incidents on 15 and 17 August respectively, reportedly following the stabbing of Israeli soldiers near Beita village and at the Z’atara checkpoint, both in the Nablus governorate.

The UN office pointed out that a Palestinian woman died from wounds sustained the previous week, when unexploded ordnance (UXO) detonated in a house in Rafah, bringing to five the number of fatalities from the incident, and injuries to over 50, according to medical sources. Since the cease-fire of August 2014, 16 Palestinians, including one child, have been killed in UXO incidents, and over 170, including 22 children, injured.

During the week, 27 Palestinians, including five children, were injured across the West Bank, during clashes between Israeli forces and Palestinian stone-throwers, it pointed out.

The majority of injuries (21) took place during the weekly demonstration in Kafr Qaddum (Qalqiliya) against the closure of the village’s main entrance. In one incident, a 52-year-old man and land owner participating in a demonstration against the construction of the Barrier in Beit Jala (Bethlehem) was hospitalized due to heart failure complications, following an altercation with an Israeli soldier, OCHA added.

It documented that the Israeli forces arrested 78 Palestinians across the occupied Palestinian territories, the vast majority in the West Bank. In the Gaza Strip, one Palestinian was arrested as he arrived at Erez Crossing, after he had received a permit to travel into the West Bank. “Four other Palestinians were arrested near the fence surrounding Gaza, after crossing into Israel without Israeli authorization.”

Three Israeli settler attacks resulting in injury to Palestinians and their property were recorded. These include the physical assault of two Palestinians, 16 and 18 years old, in ‘Azzun ‘Atma (Qalqiliya) and a 31-year-old Palestinian was physically assaulted while working in the settlement of Pisgat Ze’ev located in the Jerusalem governorate. An arson attack was recorded in the Bedouin community of ‘Ein Samiya (Ramallah), resulting in damage to a residential tent, it highlighted.

Additionally (not included in the count), a ten-year-old child was injured when run over by an Israeli-plated vehicle near Yatma (Nablus); and clashes erupted between Palestinians and around 15 Israeli settlers after the latter raided the village of Awarta (Nablus), and reportedly attempted to kidnap two Palestinians, the UN report pointed out.

According to Israeli media, one Israeli settler was injured as a result of Palestinian stone-throwing at Israeli-plated vehicles near Beit Ummar (Hebron), it stated.

OCHA mentioned, in its report, that the Israeli authorities demolished 35 Palestinian-owned structures, including six donor-funded and 16 residential structures across the West Bank, for lack of Israeli-issued building permits, displacing a total of 92 Palestinians, including 55 children, and otherwise affecting 81 Palestinians.

Of the total, 78 Palestinians, including 49 children, were displaced in the communities of Az Za’ayyem Bedouin, Khan al Ahmar Abu Falah, Bir Miskoob and Wadi Sneysel on 17 August, the largest number of people displaced in the West Bank in a single day since October 2012, it underlined.

The report said these are among the 46 Area C Bedouin communities in the central West Bank at risk of forcible transfer due to a plan advanced by the Israeli authorities to relocate the residents to one of three designated sites.

OCHA’s report stated that in the Gaza Strip, Israeli forces opened fire towards civilians in the Access Restricted Areas (ARA) on land and at sea, on at least nine occasions. No casualties were reported. On four occasions Israeli forces entered and leveled land inside Gaza.

Also in the Gaza Strip, Palestinians held 29 demonstrations, primarily in protest against a possible reduction in UNRWA services due to the Agency’s financial crisis, and in solidarity with Palestinian prisoners held in Israeli detention centers, namely, Mohammed Allan who has been on hunger strike for over 60 days in protest at his administrative detention without charge or trial since November 2014, it added.

The UN report pointed out that the Egyptian authorities exceptionally opened the Rafah crossing on 17 August in both directions, for the first time since 25 June, allowing 949 Palestinians into Gaza, and 474 Palestinians, mainly patients, students and dual nationals to exit Gaza. The Egyptian-controlled Rafah crossing has been continuously closed, including for humanitarian assistance, since 24 October 2014, except for 26 days of partial openings.