The wheat is not ready for harvest yet. The call for people to help the shepherds and farmers on their land is postponed until next Friday 22nd and Saturday 23rd. Please come in numbers as the Israeli forces are making it harder and harder for them to live of their land.

The farmers and shepherds of Salem, near Nablus, are asking for you help. They are being beaten, humiliated and pushed off their land. They are asking you to join them on Friday 15th and Saturday 16th to help them save their harvest. 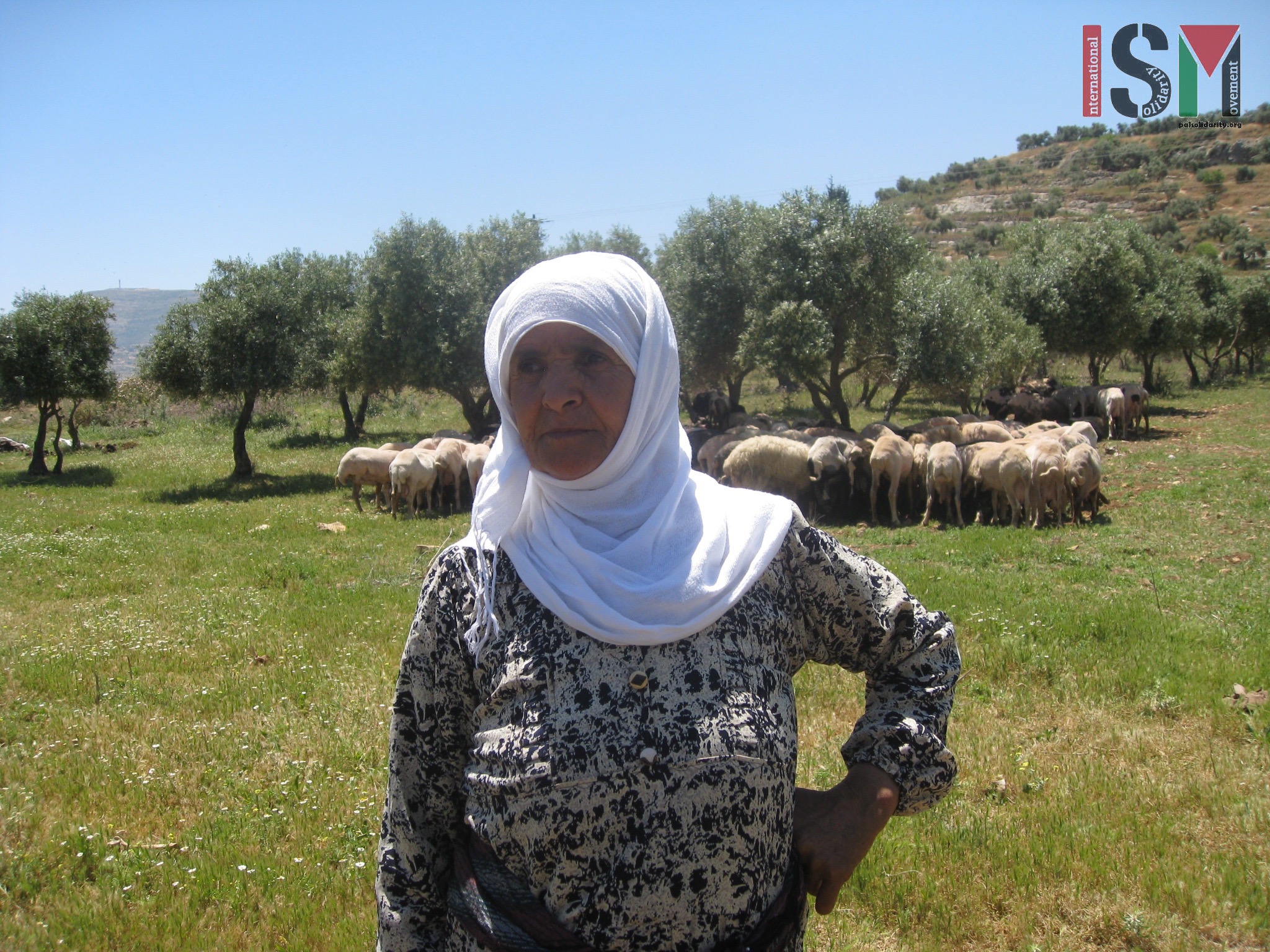 In the village of Salem, near Nablus, the wheat is ready for harvesting. Once the crop has been collected, the sheep and goats will graze on the leftovers in the field and the shepherds will then milk them in order to make cheese and butter. The animal’s droppings are dispersed on the land; a perfect cycle is created.

However, Israeli occupation forces have forbidden the farmers from harvesting the wheat and forbidden the shepherds from crossing the road that cuts through their land, dividing it in two. See report written by the International Women’s Peace Service here. 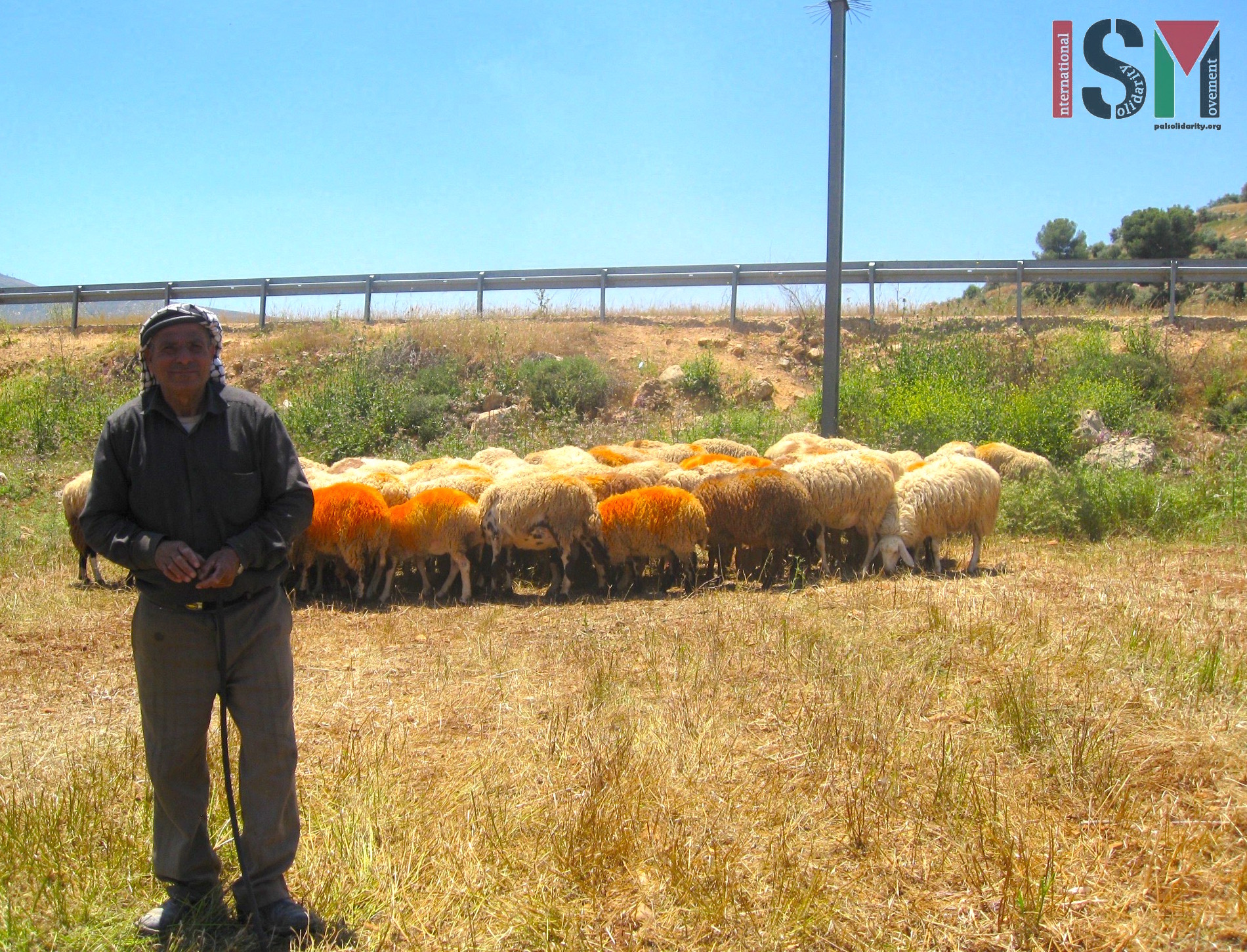 Harassment happens on a daily basis and many of the shepherds can recount life-threatening stories. This is the case with Rabih, for instance.  Only five days ago, as he was taking his sheep out to graze and was accompanied by his young nephew who was going out into the fields to work for the first time in his life; Israeli soldiers arrived. They pointed their guns to his brother’s head, threw his nephew to the ground and attacked Rabih with the butt of an M16 rifle.  They ordered Rabah to take his clothes off. When Rabih refused they beat him and took him away blindfolded and handcuffed and threw him out hours later in the middle of the countryside. “I am getting used to being humiliated”. 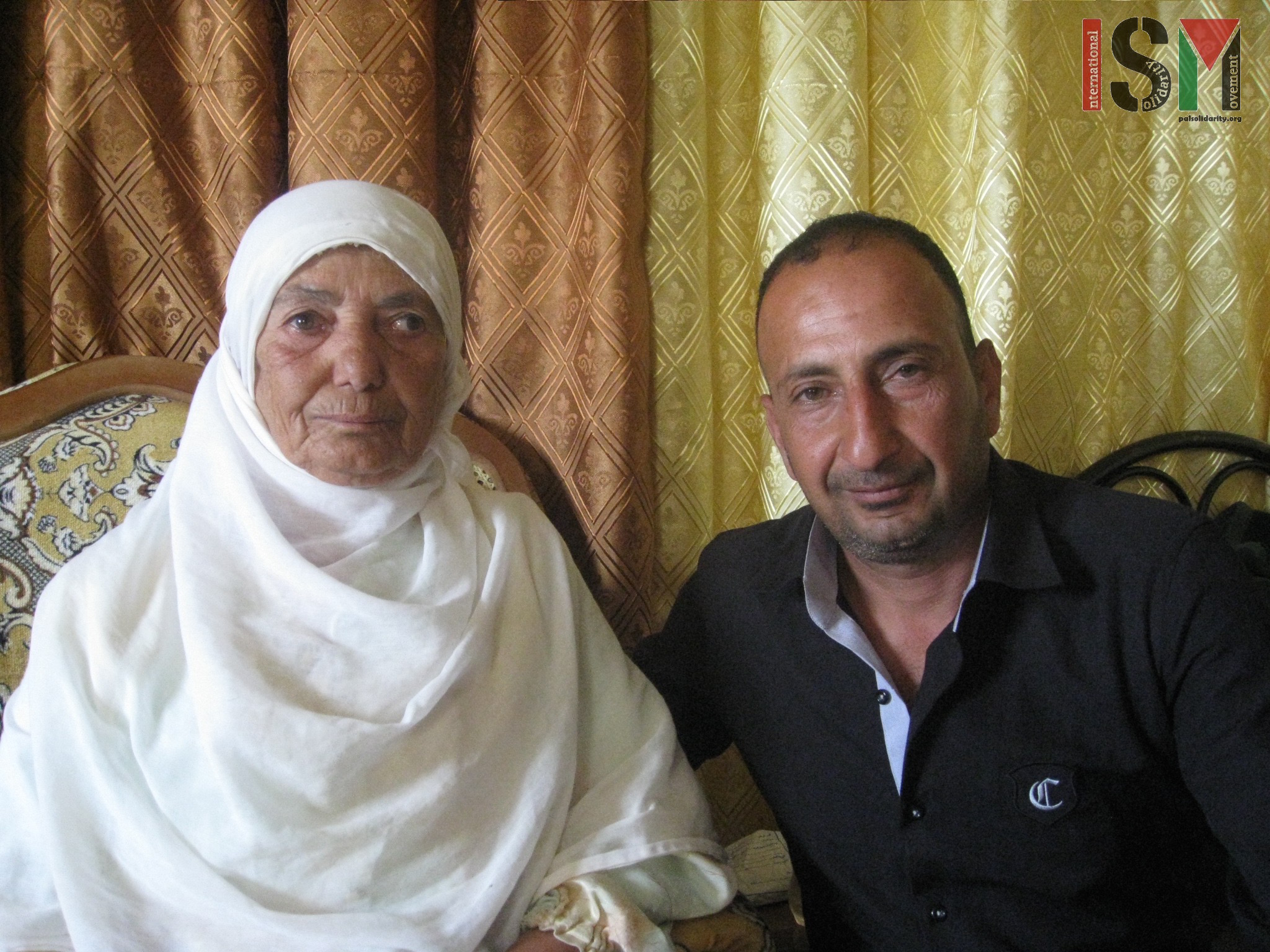 Rabih and his mother from Salem

Shepherds and farmers are asking for a large number of people to accompany them on Friday 15th and Saturday 16th May. From early in the morning, they will attempt to work a part of their land to the east of Salem that the occupation forces are preventing them from using. A call out will be made on the mosque’s megaphone to gather as many people from the village as possible.

These dates are coordinated with the 67th anniversary of Naqba day, when the ethnic cleansing of Palestine started. in 2014, 67% of Palestinians were registered as refugees or Internally Displaced Persons, according to UNWRA. Until today, they have not been allowed to return to their homes. Those who have been ‘lucky enough’ to not be pushed out are living either as third class citizen within the now called state of Israel, or under military occupation inside the West Bank and Gaza. Many Palestinians live from their land and it is part of the whole zionist expansion plan to grab more and more of it by whatever means possible.

Come and work with the farmers and shepherds of Salem, along with many others from the village, to help repossess their stolen land. Extra presence throughout the whole harvest season is also being called for as the attacks and threats are ongoing.

For more information, you can get in touch with ISM: palreports@gmail.com