Today (15th of May), during the Nakba day demonstration in Kafr Qaddum, four young men were shot with live ammunition in their legs. One of the men got a serious bone fracture. Apart from the live ammunition being shot from all directions, Israeli forces fired several rounds of rubber coated steel bullets, tear gas and stun grenades. Throughout the protest, the Israeli military forces used a skunk truck to force the demonstrators back from reaching the closed road; closed since 2002 due to the building of the settlement Kedumim. ISMers in the demonstration saw houses and gardens being sprayed, and a boy as young as four crying, covered in the noxious chemical skunk ‘water’. 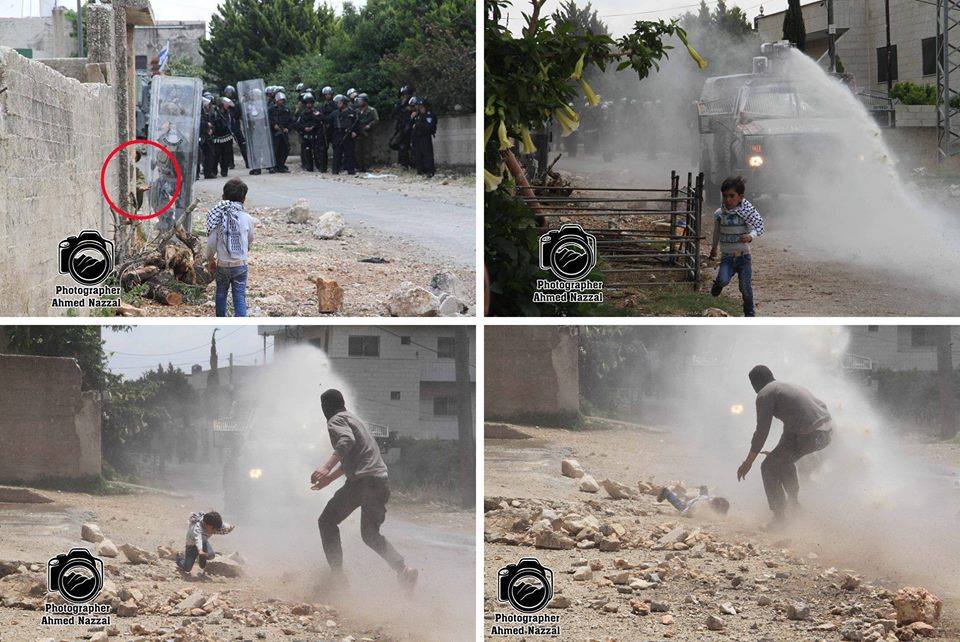 Before the prayer had started, which end usually marks the beginning of the demonstration, soldiers attacked the gathered crowd with the chemical-laced water from the skunk truck. About 200 protesters marched up towards the closed road and were chanting words of freedom. 67 years later, the Nakba is still going on. They were soon met with rubber coated steel bullets and more skunk water. 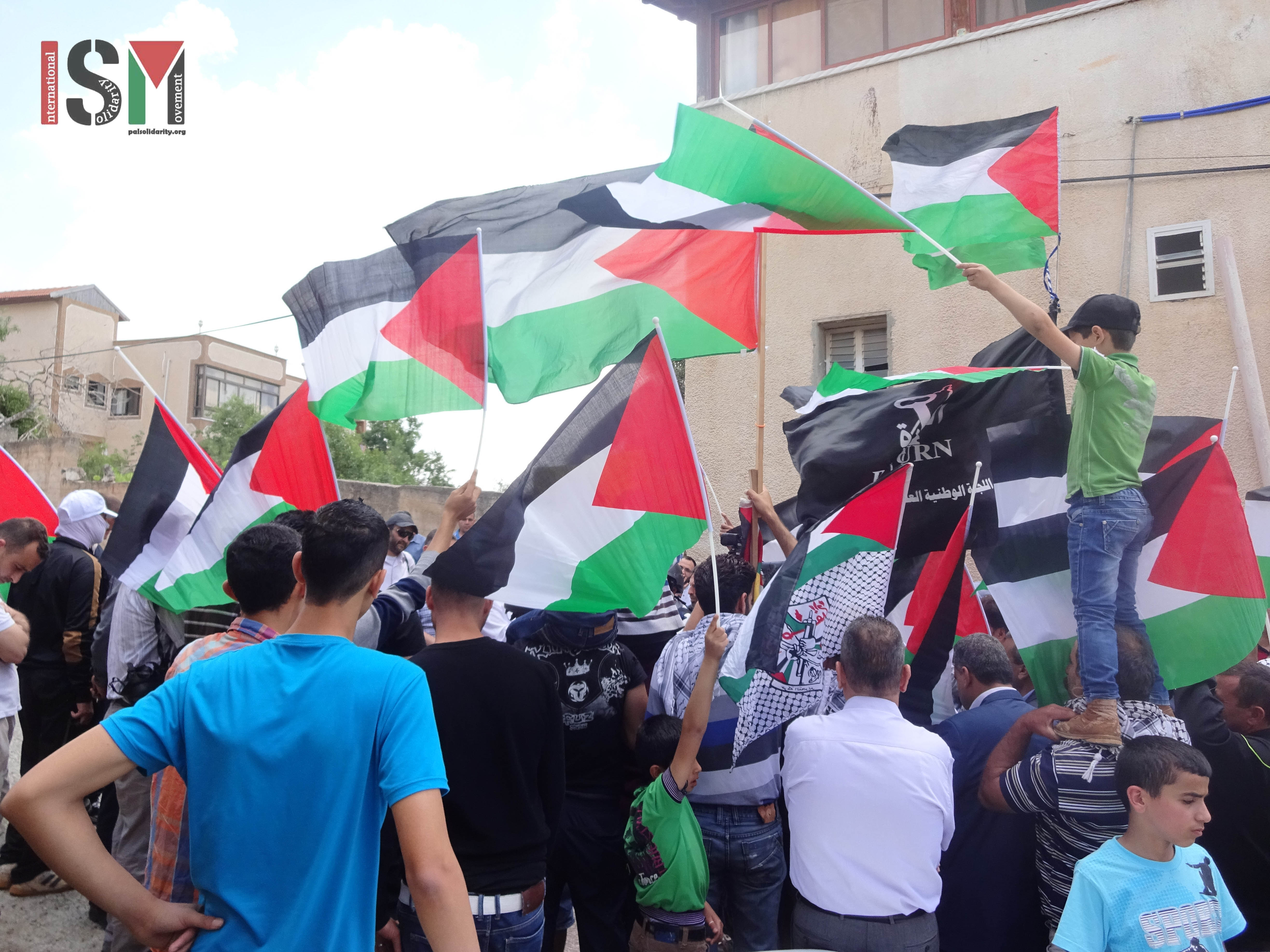 The Israeli military fired tear gas and several protesters suffered from its inhalation and its blinding effect. The military then fired sound bombs and also started firing live .22 calibre ammunition. Anas, 25 years old, was hit with one of these live bullets in his leg, fracturing it. Within a few minutes, Odaye, 21 years old, had both legs pierced from the side with one of them too – the bullet first went through one leg and then into the other. Joseph, 23 years old, was hit by two bullets in the leg. He was brought in to the hospital with a regular car as both of the ambulances had already left with casualties. Bilal, 22 years old, was also hit by a .22 bullet in his leg. He was also ferried to hospital in a private car. When the soldiers retreated, the youth continued the protest with burning tires – the smoke from the demo drifted up towards the illegal settlement of Kedumim. 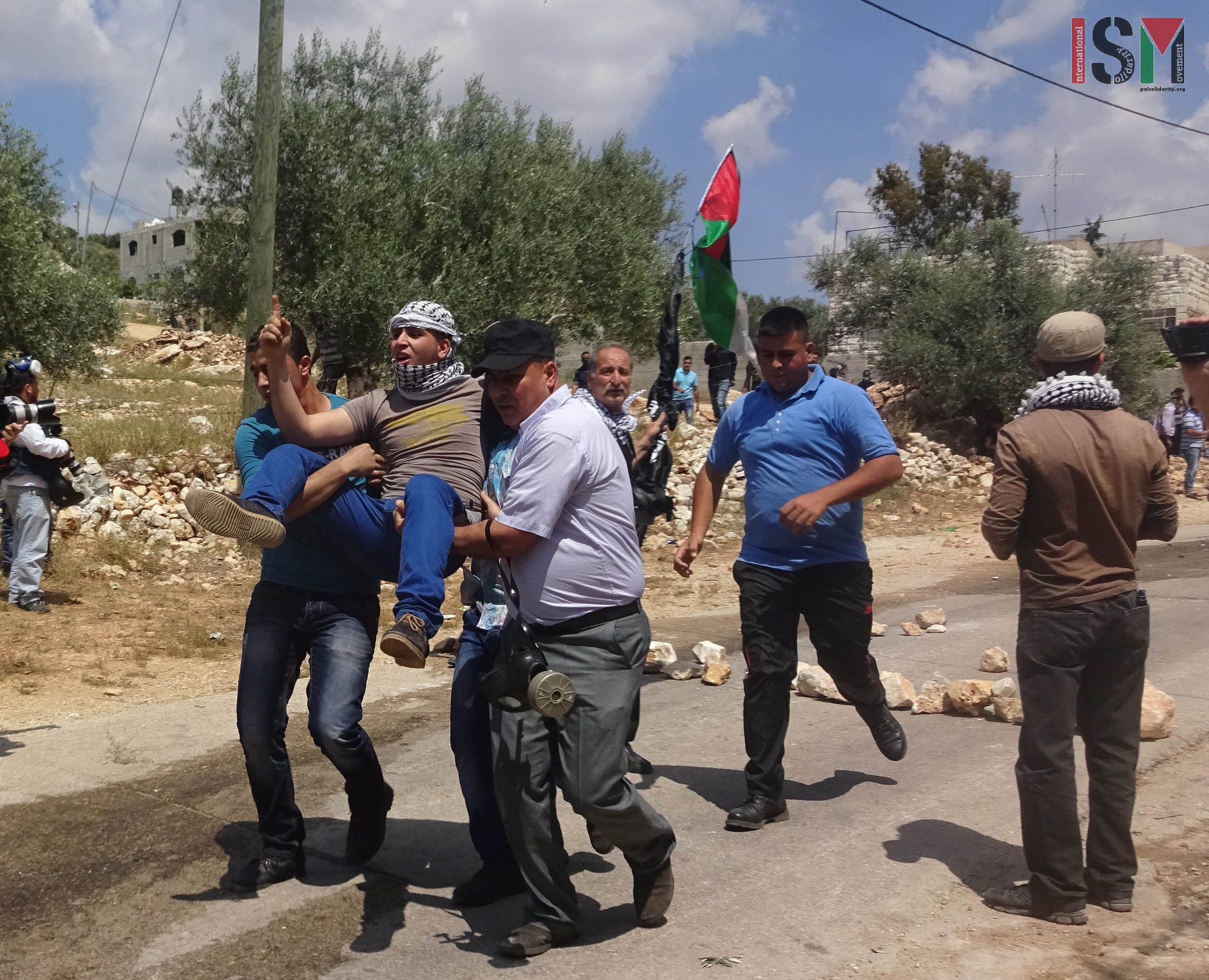 Protestor shot in his leg with live ammunition

The villagers of Kafr Qaddum demonstrate weekly against the closure of the road between their village and Nablus, since 2002. The Palestinians are not allowed to travel the most direct route to Nablus, 13 km away, due to the positioning of nearby illegal Israeli settlement Kedumim. The commute to Nablus from Kafr Qaddum has now doubled. 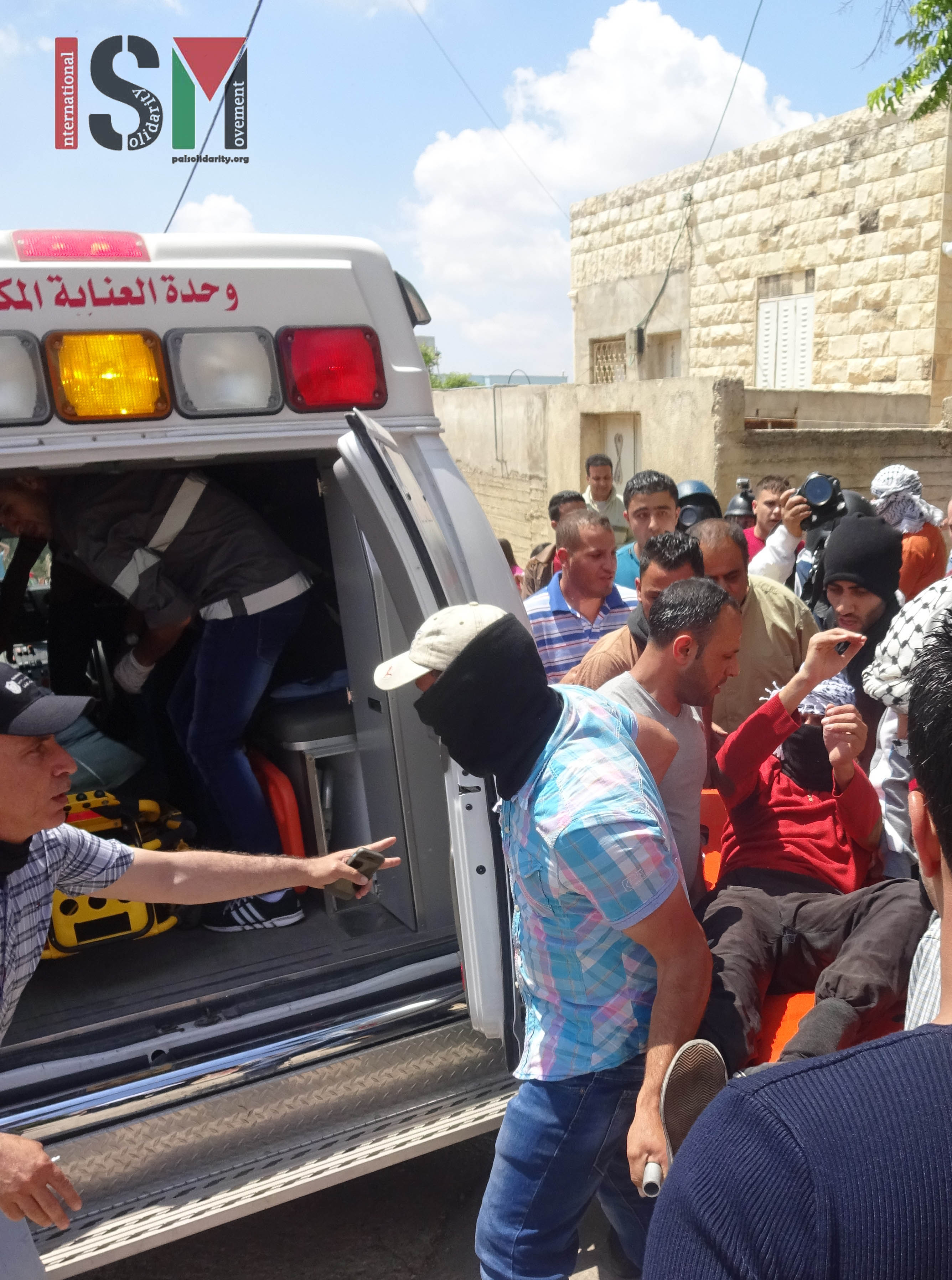 Today’s demonstration at Kafr Qaddum was just one of many large scale demonstrations held in commemoration of Nakba Day. The Nakba is the Palestinian name for the ethnic cleansing of the vast majority of Palestinian Arabs from Historic Palestine in 1948. The systematic massacres and expulsion of some 700,000 Palestinians and the destruction of 500 villages by Zionist paramilitary groups paved the way for the creation of Israel as an ethnically and ideologically ‘Jewish State’. 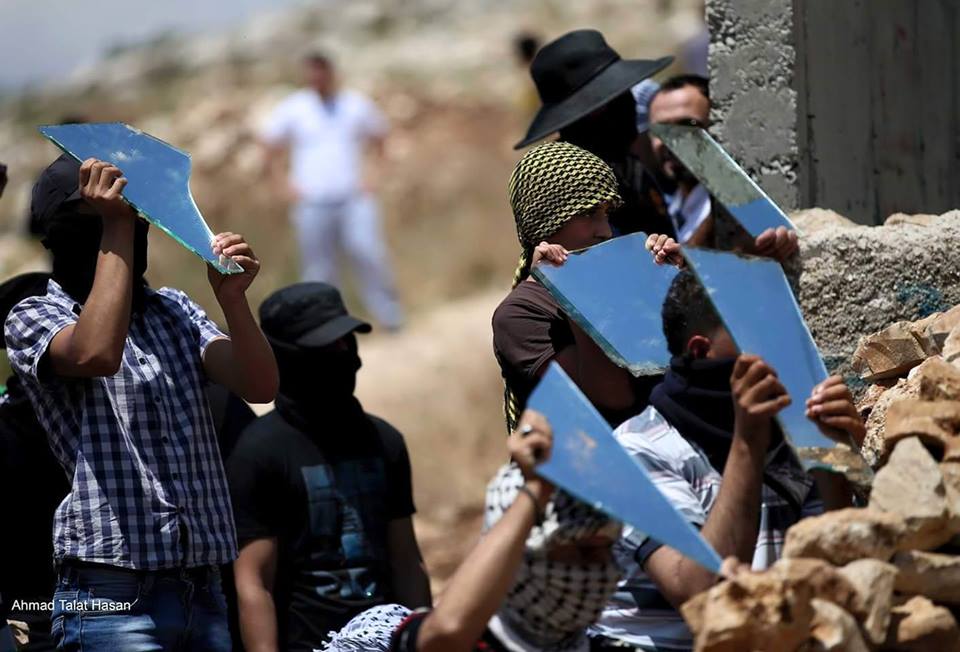