Located in the tip of the West Bank, the South Hebron Hills are dotted with farming and shepherd communities.
We are currently in the wheat harvest season and the children are spending their last few weeks at school before the holiday break.
But just like everywhere else in Palestine, the population is threatened by the Israeli occupation and the illegal settlements that overlook, menace and harm their daily lives.
“Existence is resistance” 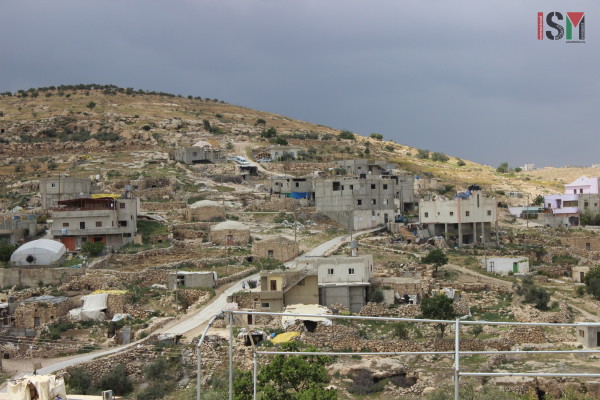 At-Tuwani – village in the South Hebron Hills where an Italian organisation, Operation Dove, is located, helping provide international presence in the area. 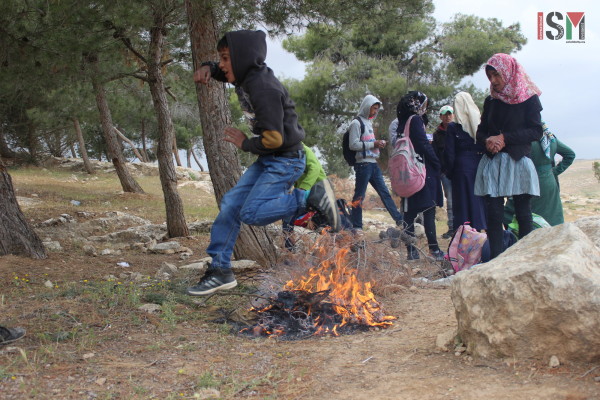 School children amusing themselves before taking the dangerous walk home. 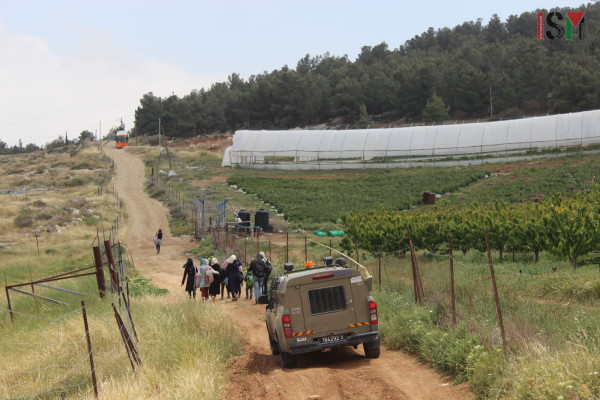 Israeli jeep accompanies the children on their walk to and from school. The path is squashed between a settlement and an outpost, which make the children at risk of settler attacks. 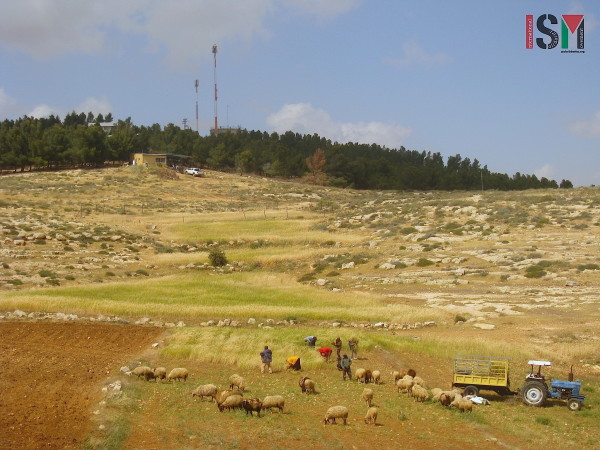 Palestinians harvesting their land. They are at constant risk of being attacked by the illegal settler outpost overlooking them. 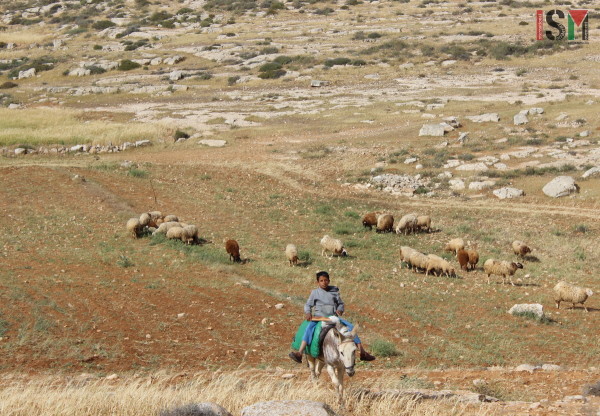 Donkeys are a common way of getting around in the area. 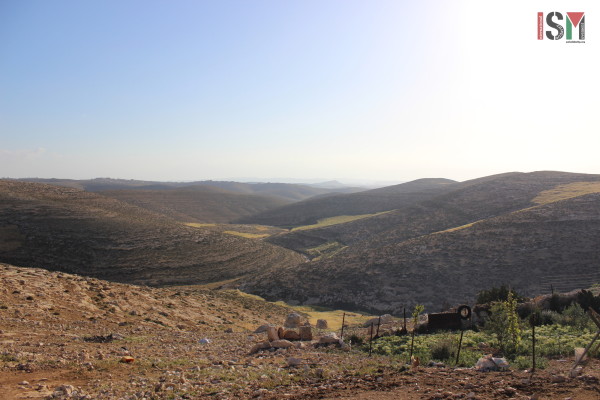 Nestled in the hills, about a 40 minute walk from At-Tuwani, lies the community of Tuba. 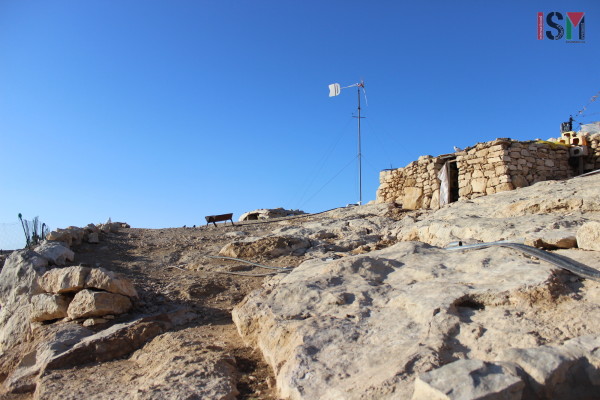 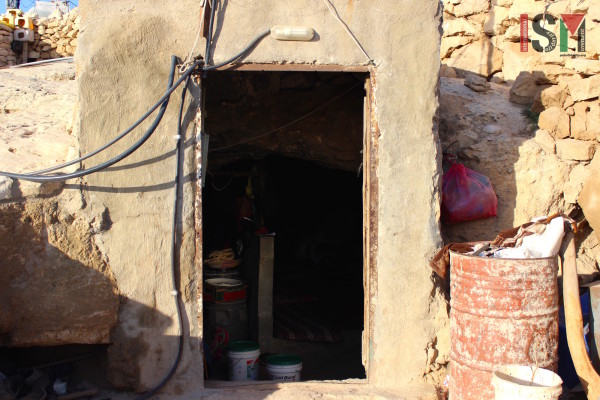 Like many other communities in the South Hebron Hills, people live inside caves. 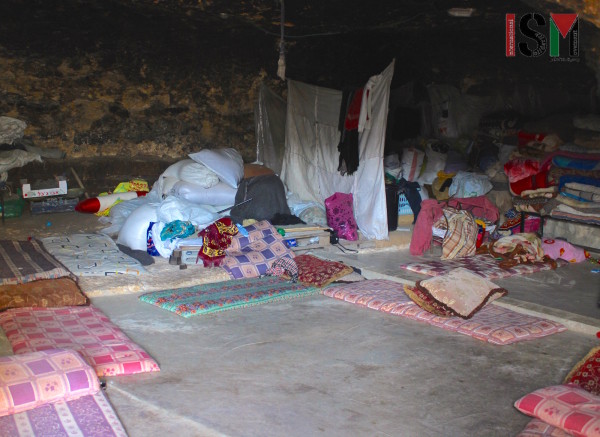 Inside one of the caves. Mattresses get spread around the floor in the evening to chat, share meals, watch tv and lay their heads. 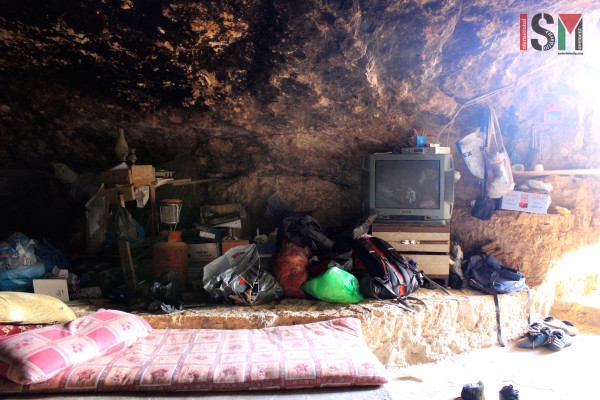 TV inside the cave. Electricity is powered by their wind turbine. 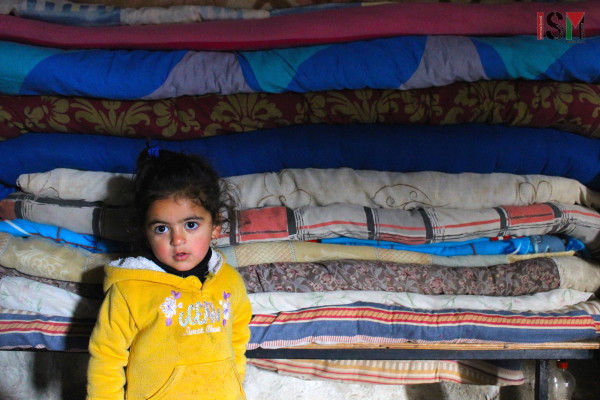 The second to youngest of Tuba, posing in front of the pile of mattresses. 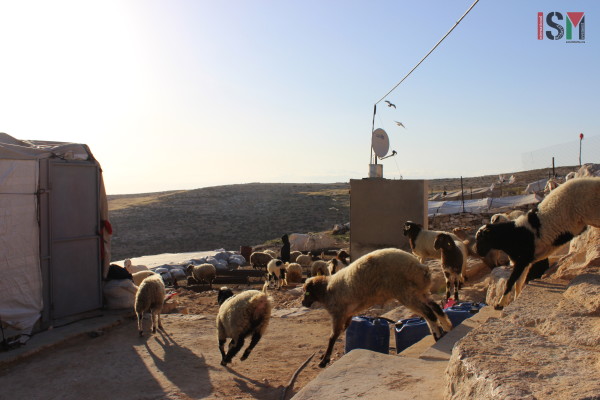 Sheep running to their morning meal. 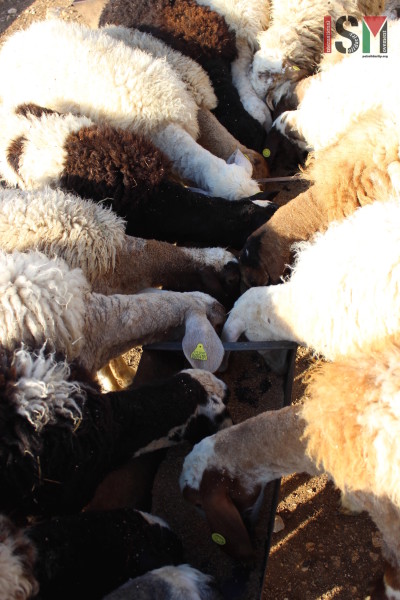 Communal breakfast for the sheep of Tuba. 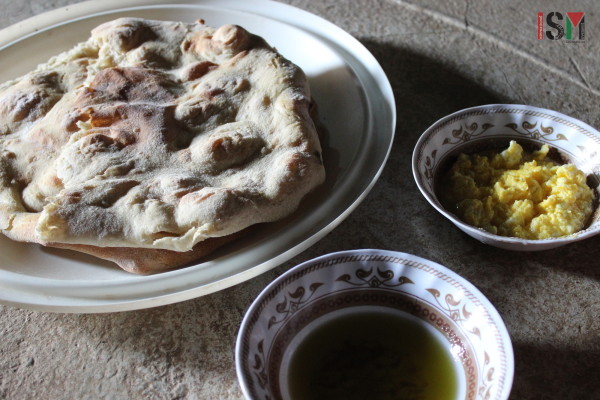 The family’s breakfast – composed mainly of products that came from within a radius of 50 metres from their home. Bread from their wheat, eggs from their chickens, cheese and butter from their goats. 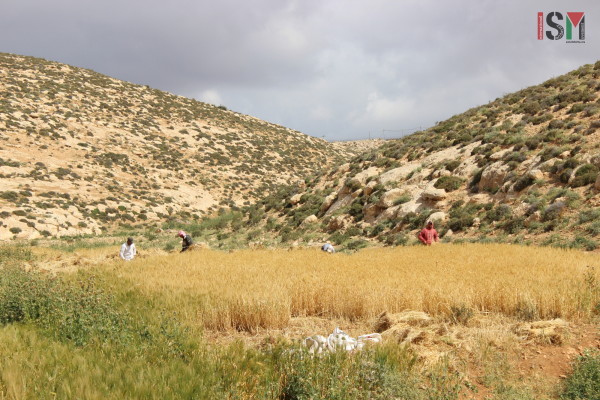 Hiding away from the view of settlers and soldiers, men and women harvest their land. 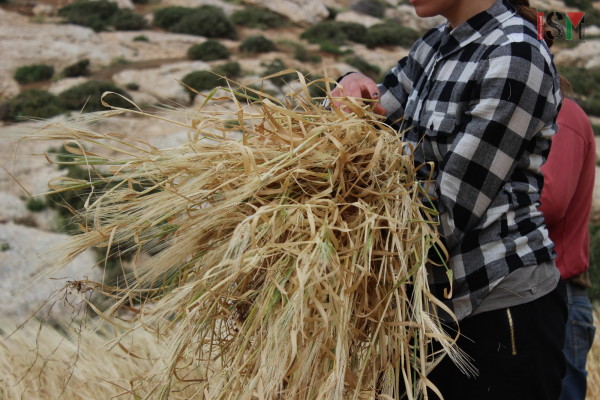 Bundles of wheat collected during the harvest season. 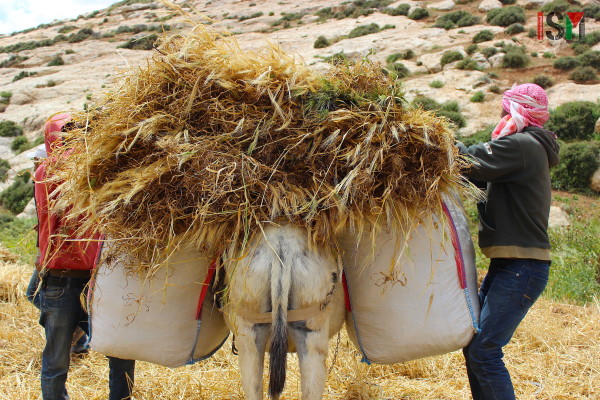 Donkeys are used to carry the harvested crops. 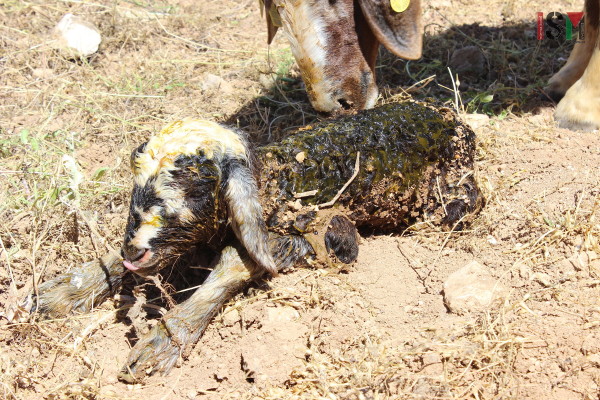 A goat is born. 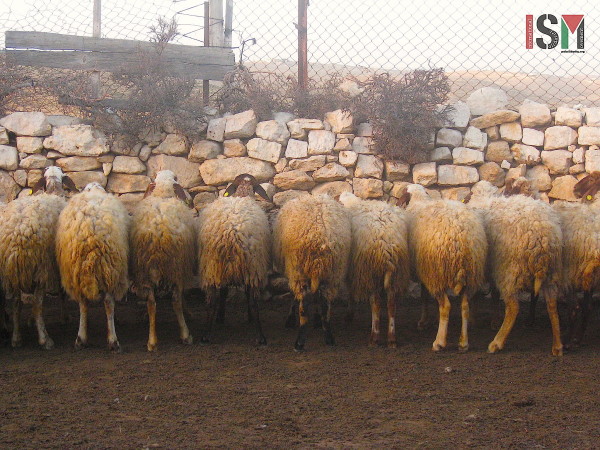 Sheep lined up reading for milking.