Over 300 people attended the Prisoners’ Day demonstration in Bil’in. The Israeli army fired endless amounts of teargas and shot one person in the chest with a live ammunition.

After the prayer, protesters marched towards the apartheid wall and the illegal settlement of Modi’in, situated just outside of Bil’in. A truck loaded with a sound system led the chanting crowd. Most were either waving Palestinian flags, holding up  banners in support of the Palestinians imprisoned in Israeli prisons to mark Prisoners’ Day, or were holding posters of Bassem, a local who was killed six years ago by the Israeli army. As the march got closer to the wall, Israeli forces fired over 50 rounds of teargas canisters towards the protesters. The area was heavily clouded with this gas during most of the afternoon, which caused many to suffer from its inhalation. The shooting of this teargas also caused the dry grass between the olive trees to repeatedly catch fire.
During the protest, one person was shot with a rubber-coated steel bullet, while a 17 years old boy was shot in the chest with live ammunition. He was immediately taken to hospital by the ambulance. His condition is stable. 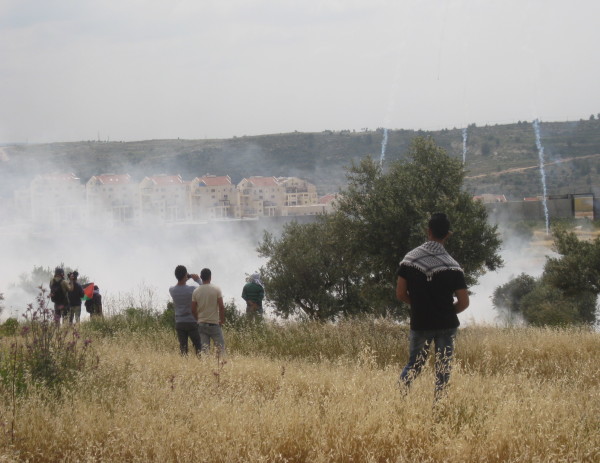 The 17th April is Prisoners’ Day in Palestine. Thousands of Palestinians are arrested arbitrarily on a daily basis by the Israeli forces, despite prohibition by international law. According to B’Tselem, “at the end of February 2015, 5,609 Palestinian security detainees and prisoners were held in Israeli prisons”. Since 1967, when Israel furthered its occupation to the West Bank, Gaza and East Jerusalem, an equivalent of approximately 20% of the total population in the Occupied Palestinian Territories (OPT), and 40% of all males have been detained (CEPR). While in prison, they are subject to wide-ranging violations of their rights and dignity. Such practices may include physical and psychological torture, deprivation of family visits, denial of access to lawyers and unlawful transfer out of the Occupied Palestinian Territories, among many other things. The Israeli occupying forces continue to violate the provisions of the Fourth Geneva Convention Relative to the Protection of Civilian Persons in Time of War, in particular against the Palestinian prisoners. 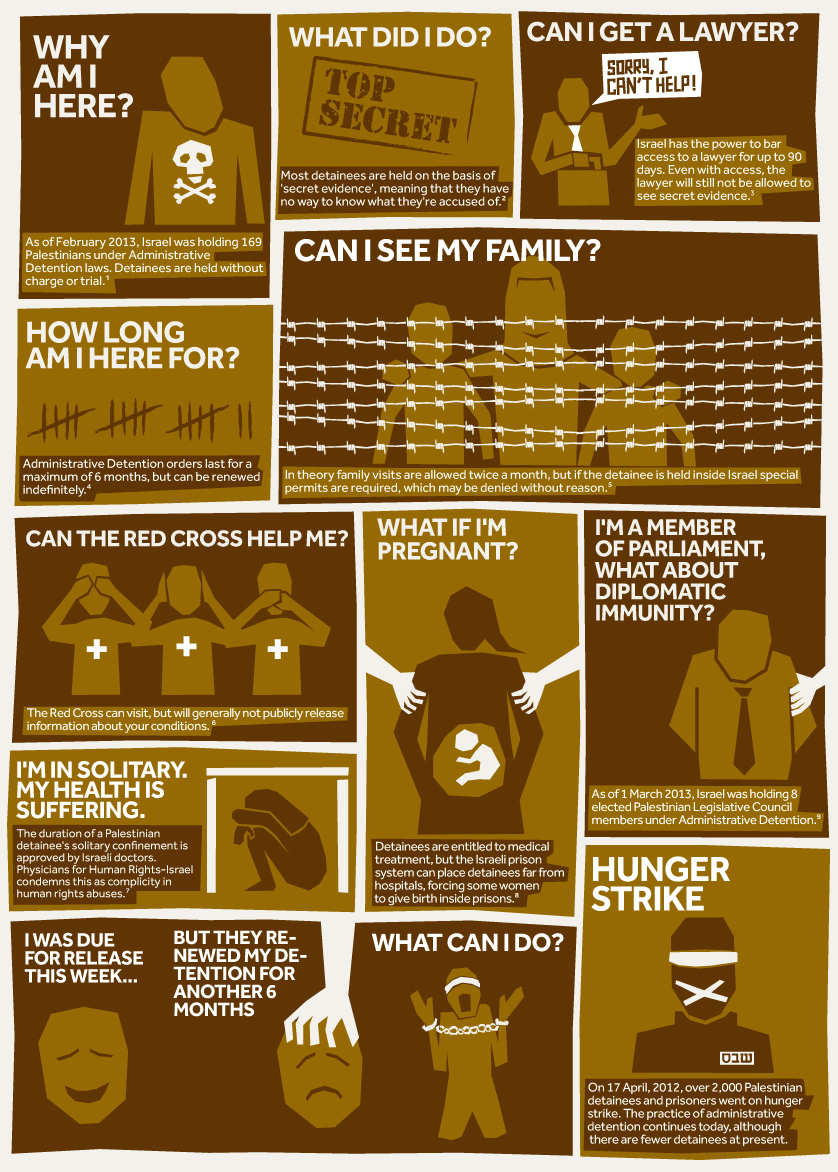 A Guide to Administrative Detentions – Image by Visualising Palestine

Today also marked the 6th anniversary of Bassem Abu Rameh’s death. Nicknamed Pheel, he was a much loved figure in the town of Bil’in. On the 17th April 2009, the Israeli army shot him with a teargas canister projectile which killed him shortly after. Aged 30, Pheel had been to all the non-violent protests, activities and creative actions against the apartheid wall in his town. Those who knew him remember him as a caring person who made everybody laugh and had the heart of a child, says Mohammad Khatib, a member of the Bil’in Popular Committee Against the Wall and Settlements. 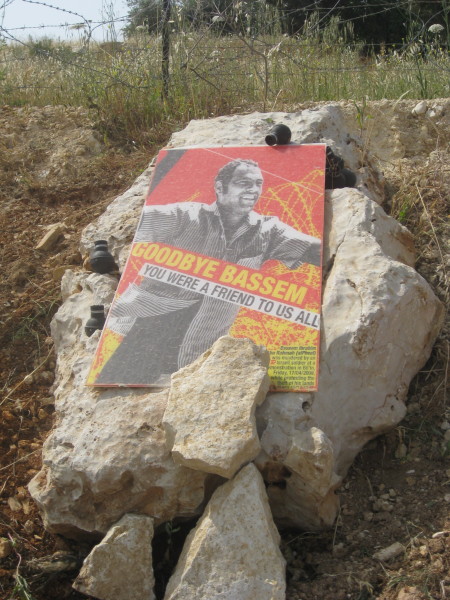 According to the report by the United Nations Office for the Coordination of Humanitarian Affairs within the occupied Palestinian Territories, 442 people in the West Bank and 15 people in Gaza have been injured by the Israeli forces since the beginning of this year. On top of this, five people have been killed.