Around fifty Palestinians and international activists gathered today in Tulkarem, east of Nablus, to protest the presence of 11 Israeli chemical plants located in the city. The protest took place outside the Gishuri chemical plant on what is locally referred to as the “death road” due to the health problems caused by the Israeli plants. 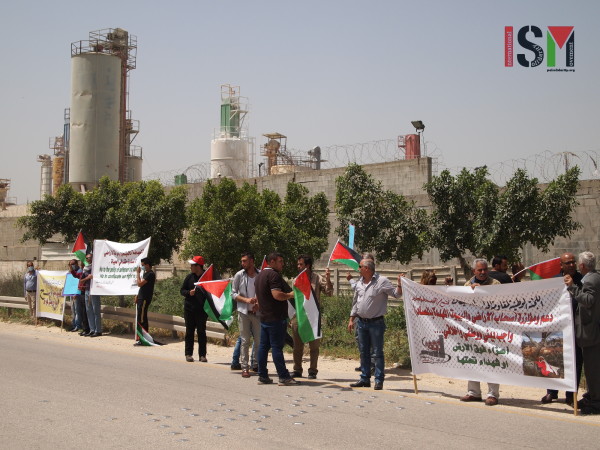 The protesters were carrying signs demanding a clean environment and an end to the Israeli occupation, while Israeli soldiers deployed to guard the plant quickly responded with stun grenades and tear gas. 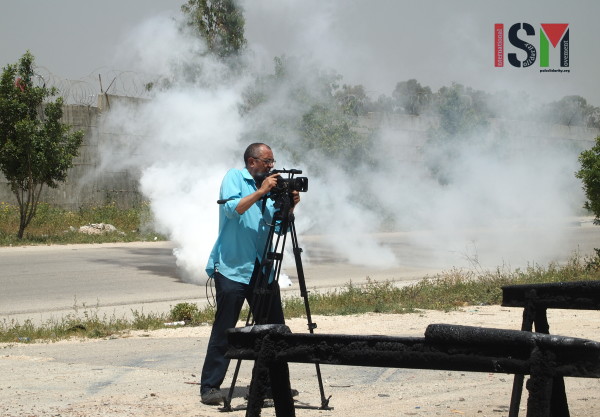 On one occasion Israeli soldiers fired tear gas canisters aimed directly at peaceful demonstrators and the press. As the protest continued, a 22-year old Palestinian man was shot by a rubber-coated steel bullet, hitting him in the abdomen. He was later taken to the local hospital and appeared to have suffered superficial damages only, although he was in great pain. The protest quickly subsided after this event. 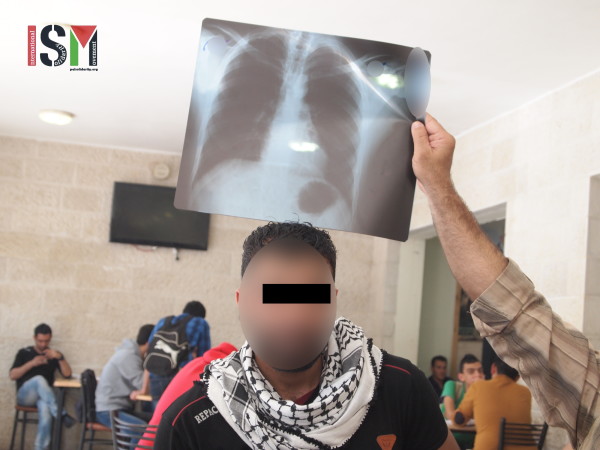 The protest against Israel’s chemical plants have been continuous since Gushiri Industries, a manufacturer of pesticides and fertilizers, first arrived in Tulkarem in the mid-1980s. The plant used to be located in the Israeli city of Netanya, only 12 kilometers away. However, a 1982 Israeli court order said the company was violating pollution regulations, making the company relocate to the West Bank’s Area C, which is under full Israeli control. The court order came after a complaint filed by Israeli citizens.

Since the arrival of Gushiri Industries, ten other chemical plants have located nearby, the last one in 2007. The location of these plants have caused many local farmers to lose most of their land and contributed to unemployment and poverty in the area. Hence, many local Palestinians have been forced to work at these chemical plants, as the Israeli corporations are taking advantage of the low labor costs and the non-applicability of Israeli labor laws in Area C.

The most serious consequence of the presence of these chemical plants is the health effect on Palestinians. The air in Tulkarem has been found to contain alarmingly high rates of monoxide and toxic substances in studies by both the University of Birzeit and the Palestinian Ministry of Health. In an interview with the Middle East Monitor last year, Dr. Abed Darak of the Tulkarem Ministry of Health said the city has the highest cancer and leukemia rate in the West Bank, claiming that 20 per cent of all cases stems from the area – despite being home to only five per cent of the total West Bank population. A 2012 report from the Palestinian Ministry of Health found that 77 per cent of the cases of cancer in the city were directly linked to chemical substances from the factories. 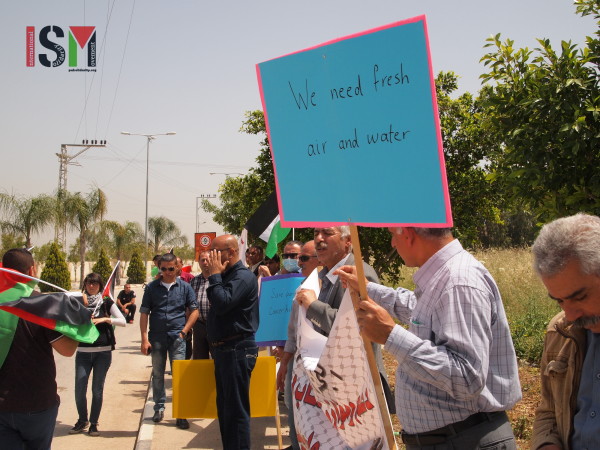 A representative from the Palestine Technical University (PTU), which neighbors the Gushiri chemical plant to the south and the Apartheid Wall to the west, said today that the smell is “unbearable” after 3 pm, which explains why most residents of Tulkarem always keep their windows shut. Residents living near the factories have also developed health issues including asthma, reduced lung capacity, skin ailments and eye infections. This is especially true for elementary students.

Additionally, it has been estimated that approximately 300 dunams, i.e. 300,000 square meters, of agricultural land is contaminated by emissions from the factories.

The global civic organization Avaaz is currently running a campaign named “A child’s cry: Stop poisioning Palestine’s schools” to help stopping the chemical plants in Tulkarem. By signing a petition on their website, you can help putting pressure on the EU, their biggest market, to apply their strict(er) environmental regulations and impose an import ban on these factories.