On 25th April 2015 ISM volunteers met with the mayor of Aqraba, Ayman Bani Fadl, who has asked internationals to document the intrusive Israeli occupation forces’ actions over the past week. The Israeli forces have been using civilian farm land to carry out training operations. The military have an encampment where they have stationed around ten tanks and approximately fifteen more armored vehicles, as well as numerous troops. 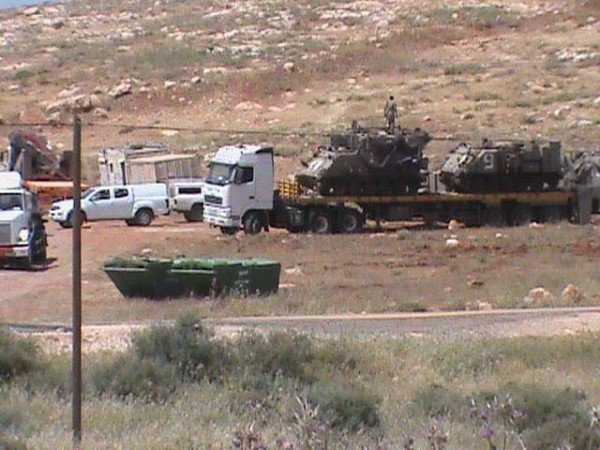 The military training in this area is hugely damaging to the farming economy, due to the fact that this seasons harvest began earlier in the month. Farmers are now prevented from carrying out their harvest by the presence of the Israeli Occupation Forces (IOF). The mayor stated that it is likely the military chose the time and area in a deliberate attempt to disrupt the harvest and the livelihoods of the civilian population. He also claimed the actions of the IOF were strategically designed to expropriate the land, forcing the farmers to leave the area. He went on to say that the military have already designated 150,000 dunams of Aqraba land as a military zone. Meaning, the military have full control of the area. Despite this, the IOF have chosen to carry out their present training operations on the 10,000 dunams that remain accessible to the farmers. 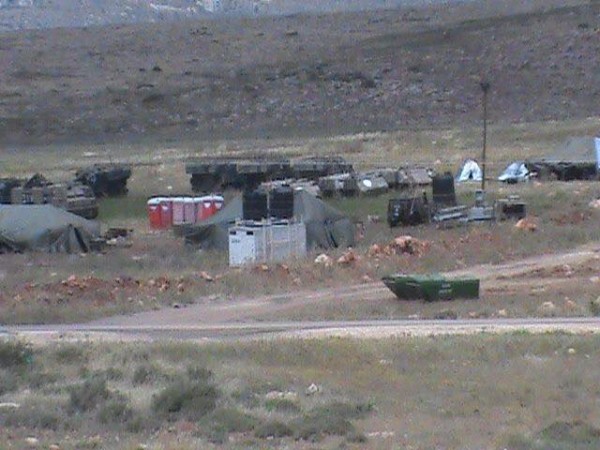 These military operations occur on a regular basis and have a permanent and damaging effect on the community. Not least of which is the unexploded ordinance, carelessly left by the military, which has been responsible for killing four individuals and maiming tens of others, mostly children.

To add to the continuing persecution of Aqraba civilians, four months ago the electricity network, financed by the Belgian government, was demolished by Israeli forces. Due to a lack of funds, the municipality has only been able to temporarily reconstruct a portion of the network.

Furthermore, this continual land grab results in Israeli control over highly fertile agricultural soil and cuts off Palestinian access to the Jordan Valley, restricting freedom of movement and their right to cultivate their own farming land.

The present military operation in Aqraba is just one example of the ongoing violent harassment and disruption that is one of many tactics used by Israeli forces, to make life so intolerable for Palestinians they will leave and abandon their land. Oppressive tactics of a similar nature are rife throughout the West Bank, with towns and villages in and around the Jordan Valley being particularly subject to persecution from the Israeli forces.