This week’s Friday demonstration in Kafr Qaddum followed the same violent pattern as the previous ones during the past weeks. The Israeli occupation forces began their shooting before the demonstration even started. Soldiers and border police fired tear gas, stun grenades, rubber-coated steel bullets and live ammonition at the protestors. Hammam Khalid Aqil, age 19, was hit by two rubber-coated steel bullets, one in his leg and one in his head. 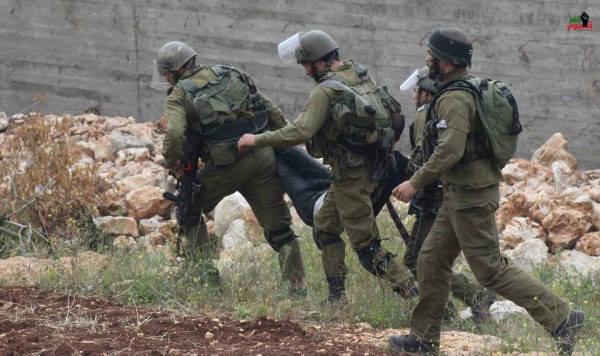 He was badly injured and while he was still unconscious the Israeli army arrested him and took him to a hospital in Israel where he is now under intensive care. His condition is extremely serious, even so it took several hours before his parents were allowed to come and see him at the hospital. 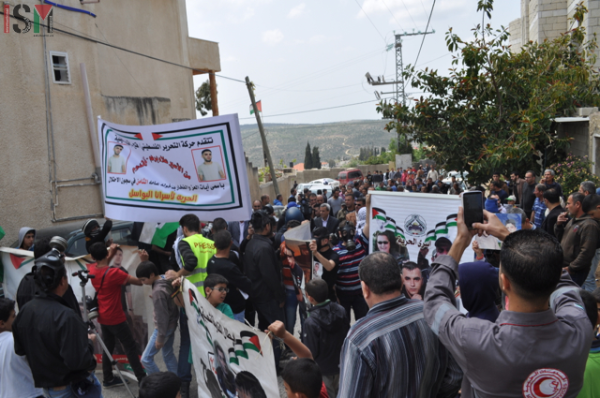 The demonstration was slightly bigger than usual with between 150-200 villagers and activists participating. Because April 17th is Palestinian Prisoners Day many protestors were carrying pictures of family members and friends who are currently suffering in Israeli jails. 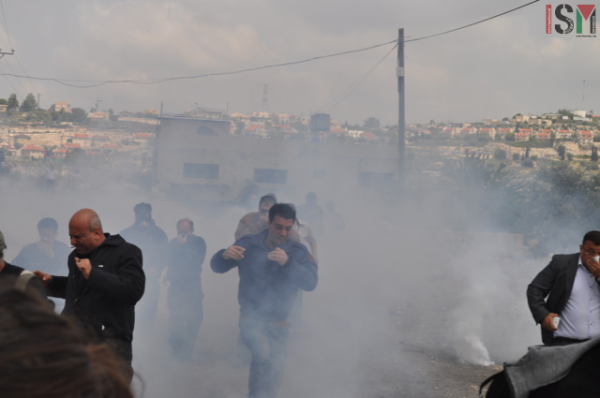 The occupation forces met the demonstration with terrifying brutality.  They used the skunk-water truck to spray down not only protestors but family homes and gardens covering the village in a foul stink.

At least five more people were shot with rubber-coated steel bullets. Maamoun Shtaiwi, 36, and Anna Johnson, a 30 year old ISM volunteer, were both shot in the head and taken to the hospital in Nablus where they were treated for their wounds. Maamoun’s injury required 13 stitches. One Palestinian activist was hit in the leg, and one in the chest, and an Israeli photographer had the camera on his helmet smashed.