Yesterday’s Friday demonstration in Kafr Qaddum continued the trend of senseless and extreme violence from Israeli forces against Palestinian villagers, as the ISM has reported on numerous occasions. Even before the villagers had begun their march, one Palestinian teenager was shot in the foot with live ammunition (a 0.22 caliber bullet) by an Israeli sniper and rushed to the hospital. 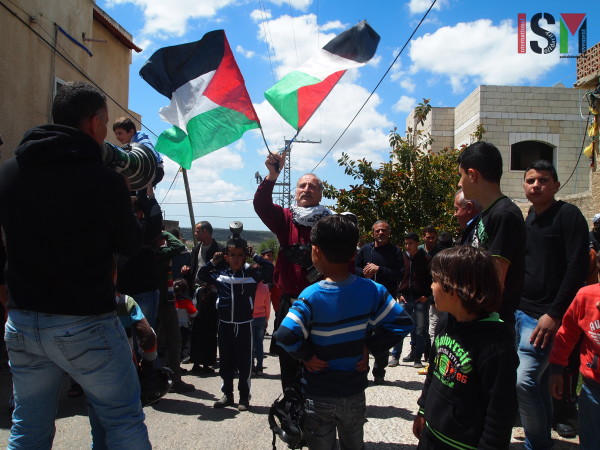 This weeks march had only lasted for a few minutes before protesters were met with tear gas and stun grenades, causing around 100 protesting villagers to run for cover behind nearby houses.

Teenager most likely loses his eye after getting shot

Sudden panic arose seconds later, when another young Palestinian teenager was shot straight in his eye with a rubber-coated steel bullet. At the time of writing, non-confirmed reports suggests that the boy will not be able to recover from the damages inflicted and will lose his eye. The injured Palestinian was first taken to the Rafidia Hospital in Nablus, only to be quickly transferred to Ramallah Hospital for surgery. The ISM is waiting for a final confirmation on the outcome of the injury. 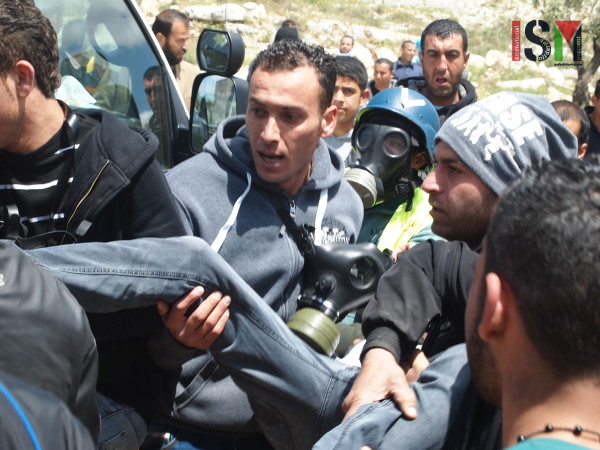 Teenager shot in the eye rushed into the ambulance

The brutality of the Israeli occupation forces only continued after this, first shooting Friday’s third victim in his leg and the fourth in his back, both with rubber-coated steel bullets. Yet another two Palestinian teenagers were subsequently shot. While it remains unclear where the bullets hit their bodies, reports from the ground said they only suffered superficial damages. 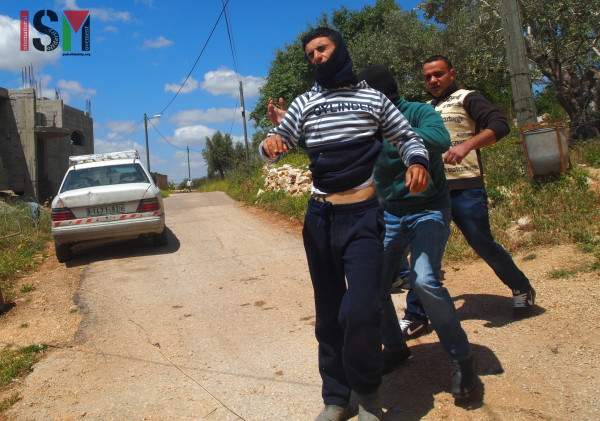 The villager’s march towards the eastern outskirt of the village resumed after the extreme violence and finally reached a point overlooking the illegal Israeli settlement Kedumim, established in 1975. This is a focal point for the weekly demonstrations, because Israel has closed the road which prior to 2003 connected Kafr Qaddum with Nablus, located 14 kilometers to the east and an important Palestinian commercial center. The road closure therefore significantly increases traveling costs and sharply reduces employment opportunities for the villagers of Kafr Qaddum. Since the Second Intifada the village has seen a staggering unemployment rate of 75 per cent. Some estimates suggest that the road closure has led to a yearly emigration rate of between ten and fifteen per cent of the total population.

Upon reaching this point of the road, the protest assumed its usual form of villagers setting fire to tires. 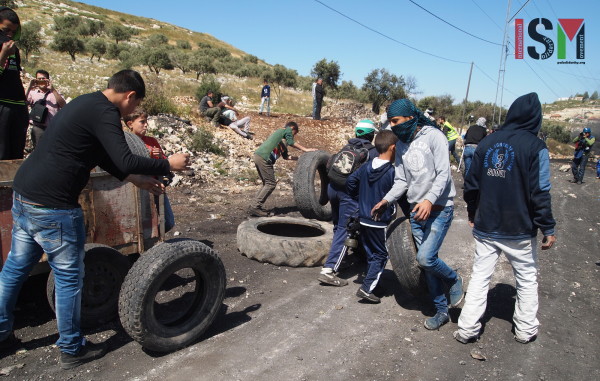 Time to burn some tires

This is done as a response to the massive amount of tear gas used against them by Israeli forces and to send a strong signal demanding the road re-opened. Israeli forces usually respond quickly to the burning of tires, as Israeli settlers have issued several complaints that it leaves a terrible smell over the settlement and prevents them from hanging out their laundry to dry. 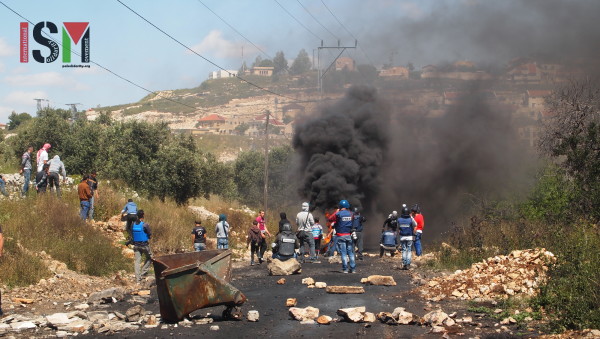 As yesterday’s fire grew and there was a surprising lack of response from the Israeli military, the Palestinians called of for the discontinuation of the protest shouting halas, Arabic for “enough”.