The weekly Friday protest in Nabi Saleh was met with extreme violence by Israeli Occupation Forces. Four people were shot in the first five minutes of the protest. One man and one woman were shot and wounded by snipers using .22 caliber live ammunition. Both were shot in the leg. Two others, including a 14 year old girl, were later hit with rubber bullets. 6 more hours of protest saw two more  injured protesters, private homes attacked with stun grenades, and live fire from M16 assault rifles during the army’s invasion of the Nabi Saleh village. 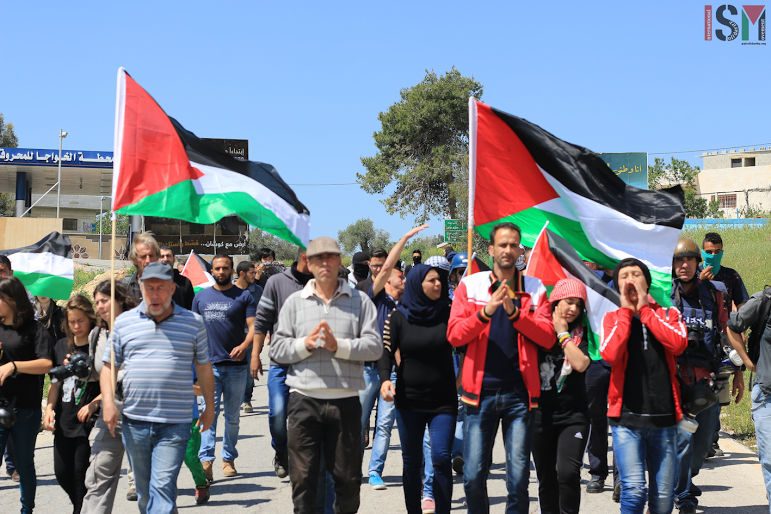 Protesters begin their march in Nabi Saleh (photo by ISM)

After midday prayer Palestinians and internationals gathered for a peaceful protest against the Israeli occupation in the village of Nabi Saleh. Villagers in Nabi Saleh are protesting against the confiscation of their community spring, taken by Halamish settlement in 2008. As the protest made it down the main road leading out of the village it was very violently attacked by Israeli occupation forces:

“We had very little warning. We had only been protesting for 5 minutes before two people were on the ground, shot with .22 caliber live ammunition,” reported an International Solidarity Movement volunteer at the scene. 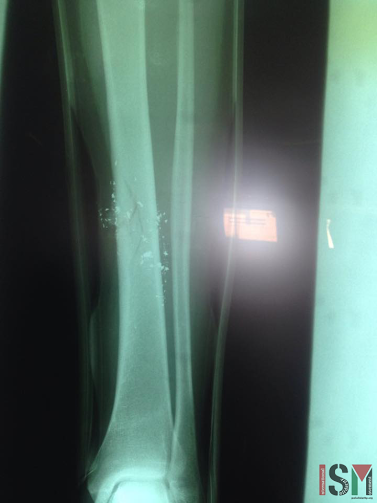 A young man named Hammad from Al Am’ari Refugee Camp near Ramallah, and Manal Tammimi, a woman from Nabi Saleh, were both shot. In both cases the live bullets tore through their shin bones and they were immediately taken to the hospital. Medics on the scene say their injuries will take several months to heal and then only if no complications arise.

Children in the line of fire
A rubber bullet struck a fourteen year old Palestinian girl in the head. The girl is a native of Nabi Saleh village and medics say she was lucky to not be more severely injured.

Home invasions and M16 live ammunition
After the initial attack the protest changed location to a hill on the west side of the village of Nabi Saleh. This time the army responded by invading the village itself. Soldiers shot tear gas down the village streets and stun grenades in private houses. At one point an entire Palestinian family including around 5 children had to flee their home with severe tear gas poisoning after the army shot tear gas canisters into their back yard and the nerve gas spread through the windows.

The military shot with M16s (firing 5.56 NATO rounds) down the narrow streets of the village. “People were shouting to be careful of stray bullets and ducking behind anything that might pass for cover. Being shot at by M16 machine gun fire at a completely peaceful protest that even includes children is both absurd and extreme,” recalled one international activist on the scene. 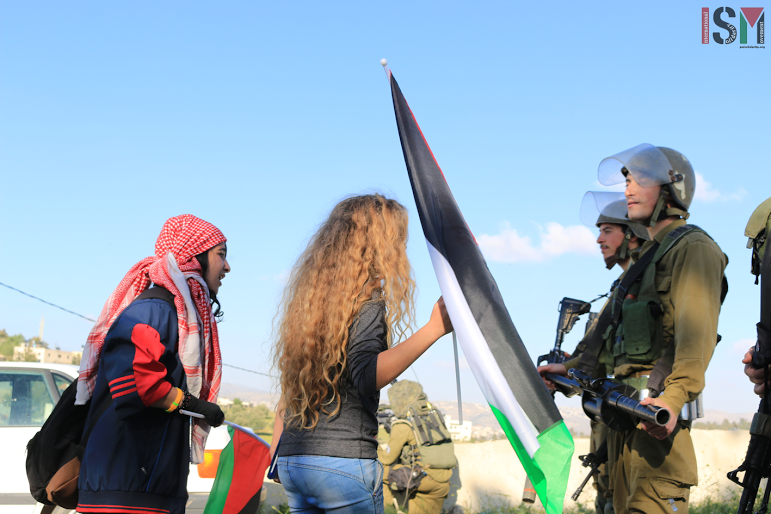 Israeli occupation forces are escalating violence on the West Bank
The injuries in Nabi Saleh today and the use of lethal weapons are novelty. In both the villages of N’ilin and Kafr Kadum the Friday demonstration were also met with shots of M16 live ammunition. Internationals present in occupied Palestine report that the use of lethal weapons has never ceased since the massacre on Gaza last summer. In fact, they say the level of violence used by the Occupation, including both .22 and the much more lethal 5.56 live ammunition, is escalating.

Video by Anarchists Against the Wall