The night of the 17th of July 2014 the Israeli occupation forces bombed the Al Wafaa Hospital, in Shijaia, Gaza Strip. The hospital´s speciality was the rehabilitation of paralyzed patients.

This is the moving testimony of Dr. Basman Alashi, its director: 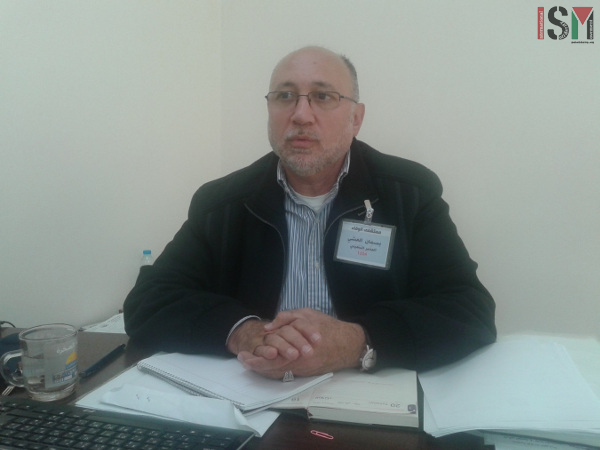 How is it possible to reach the point of bombing a hospital full of patients and medical staff?

“The UN told me that, according to a report from the Israeli occupation forces, the bombing of the hospital was due to the fact that there were weapons within its facilities … I can assure you that this report is completely false; the hospital opened its doors to the international press and to all the foreigners who freely inspected our facilities without finding any weapons at all. Despite all the overwhelming evidence, our hospital was bombed in the middle of the night, with its patients, medical staff, and some international witnesses, still inside the buildings.”

What were the consequences of the bombing by the Zionist occupation forces?

“Whilst under Israeli fire, we evacuated the remaining 17 paralyzed patients that still were inside the hospital. We couldn’t take any medication or equipment; we evacuated them just with sheets. That’s why during a cease-fire we asked the Red Cross to take us to rescue some medicines that were vital for our patients. However the Red Cross refused and we had to go by ourselves. We were only able to stay 45 minutes at the ruins of what was the Al Wafaa Hospital. The bombings continued, and we could only recover a very small amount of medicine, as bombs had destroyed most of it.

Four members of our staff were injured during the bombing. Luckily these weapons of war injured none of the patients. However they did suffer a lot during the emergency evacuation. Four of the paralyzed patients needed oxygen and many of them breathe through tubes, that’s why it was so dangerous to move them from one hospital to another; under conditions of intense aggression, under the attack of lethal weapons used against a defenceless civil population.

We could have lost some of them. It was very hard because we had to evacuate them in regular vehicles, three or four in every vehicle. Luckily we were able to move them all without any loss, due to the heroic efforts of our nurses and hospital staff. Without them all would be dead.

The patients suffered a lot during the Israeli attack on the hospital, some of them still hear the explosions of the bombs and are afraid of the start of another bombing. One of our patients, just 19 years old, refuses to enter to another hospital “the Al Wafa Hospital was bombed, my house was bombed, this hospital will also be bombed” he explained to me, terrified.

We are here to survive, to improve the lives of our children, of our patients. I can’t stand to see a small girl of barely 6 years old, to whom I can’t give the medicines she needs to survive and who can not leave Gaza to receive them. The only thing we want is for them to live with the same freedom as kids from any other place in the world.” 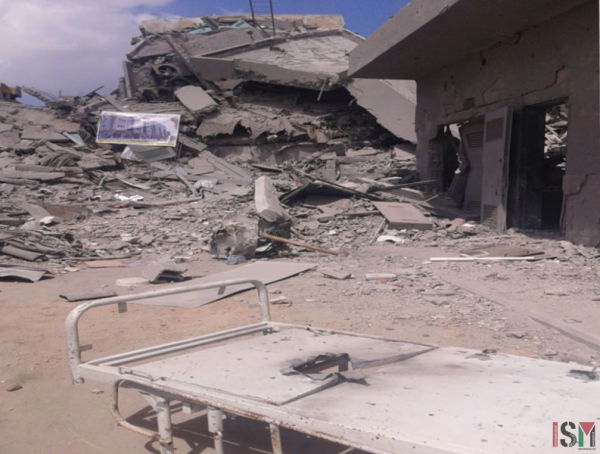 The Israeli occupation forces said that they bombed the hospital because there were weapons inside, this statement was firmly denied by many witnesses. In your opinion, what was the real reason for the attack that left a hospital as big and important as Al Wafaa reduced to rubble?

“The hospital was less than a kilometre from the fence that separates Gaza from the occupied territories. Our facilities had three big buildings, so it was just a military decision, given that those constructions blocked their way for a deeper land incursion. There wasn’t activity from the resistance inside or near the hospital installations.

I challenged the Israeli occupation forces to provide any proof of their reasons to bomb the hospital. They showed me a classified picture where, according to them, there was a rocket launcher from the resistance very near the hospital. However, the picture wasn’t from the hospital, it was from a place located almost five kilometres away. That proves that all the reasons provided by Israel were false. They just fabricated this story to justify the planned destruction of a hospital.

The Israeli occupation forces demanded we evacuate the hospital under fire and, as the facilities were under their control, it was Israel’s duty to protect the buildings. It was their obligation to preserve a hospital with 30 years history and an investment of more than 15 million dollars in equipment. Despite all this, far from protecting it’s medical facilities, they bombed them and destroyed it to the ground.”

“Against the resistance?” – asks the doctor with surprise – “We are the victims!” he clarifies. “In Gaza we have already had 8 years of suffering a terrible blockade by Israel. Our resistance is very basic. Israel has the lead, they have F16 planes, they have the tanks, war ships… they surround us! They deny us the right to defend our children, our women, our land, our homes, our own lives. It’s ridiculous. You corner me, you kill me, and you still ask me not to defend myself. Human beings in this world have the right to defend themselves. We, as Palestinians, have the right to defend our land and our families by all means available. The resistance is a way of defending our lives, it is our right.

Israel has the most powerful and destructive weapons; Israel is the one that the world should control.

Israel has committed genocide in Gaza while the world was looking. It assassinated children playing on the beach. Israel has killed children and women while they were sleeping in their homes and has bombed residential buildings without reason. Thousands of families have been left destroyed or without a home and all this took place before the eyes of the world. That’s why I blame Israel but also the international community.” 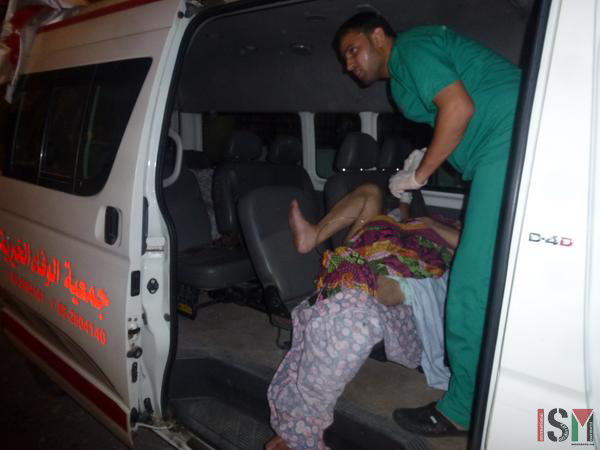 What is the situation now regarding the reconstruction of the hospital?

A lot of people all around the world have said to me that they are sorry about what happened to the hospital, and that’s good but we need much more than that to be able to attend our patients and move forward. The blockade is affecting our patients terribly, and it’s impossible for us to provide the medical treatment that they urgently need. They don’t need charity, blankets, or clothes… they need to have the stability to be self-sufficient.

The blockade seriously affects the hospital, as we find ourselves unable to go back to a full medical service like we had before and we are unable to support the rehabilitation and healthy recovery of our patients. Of the 11.000 injured from the last Israeli aggression against Gaza, more than the 50% need rehabilitation. If in one or two years the hospital is not working as it was in the past, there will be an important segment of this population that will be left unable to manage by itself and to contribute to our society, affecting it at all the levels.

What we need from the world more than anything else is an end to the blockade, to allow the entrance of materials for the reconstructions; to allow us to rebuild the homes of our families that were destroyed by Israel. This way there will be peace. But if the blockade continues, peace will be further away every day. We are human; we want a normal life as in every other place in the world. For our kids to be able to grow in a normal house, not in a shelter or a tent, suffering from the cold, without a single blanket to cover them”.

How do you see the current situation and the future of Gaza?

“The people of Gaza are resilient. They live in the most difficult conditions but still smile. The kids keep playing and adapt themselves to all the conditions, but the rest of the world must know that this situation is not normal and for this to end the only solution is to lift the blockade. The blockade must end. It’s not enough to give the people a tent, or some food or a blanket. People need a house, a job, and the possibility of giving their children a good education and to travel abroad if they wish to.

To have the possibility of going to a hospital abroad if their condition requires it. Give us the freedom that the rest of the world enjoys, because we are not different from any other population on the planet. We just want to live in peace if we are given the opportunity and doing it in freedom. But, if that right is denied to us, we will fight until we conquer it… Inshallah!”.