12th January 2015 | International Solidarity Movement, Nablus team | Burin, Occupied Palestine On Saturday, January 10th, Palestinian youths went out to play in the snow on Al-Sabeh Mountain in east Burin. A group of Israeli settlers approached the village as if to attack it, and clashes erupted between them and the youth. Israeli soldiers arrived on the scene and protected the attacking settlers. They shot two Palestinian youths, Mohammed Zacharia (15) and Abbas Jamal (18). 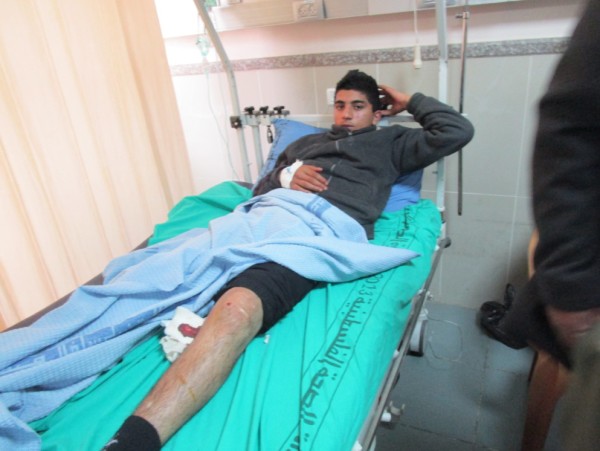 Abbas Jamal’s father Jamal Asous, director of the Nur Shams refugee camp through UNRWA, spoke with ISM. He said that Zacharia’s brother, 18, has also been wounded in clashes with settlers twice and now might face three years in an Israeli prison. He also showed where Jamal was injured in his other leg in 2013 and had to have surgery – a large scar remains to testify of the ordeal. Having injuries in both legs is disastrous for Jamal, given he is studying to be a land surveyor. 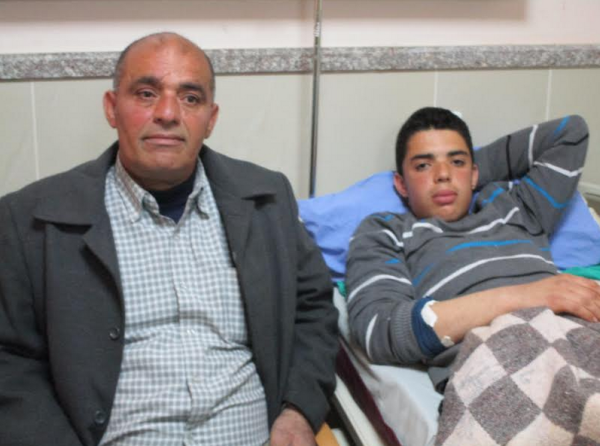 Abbas Jamal, 18, with his father Jamal Asous (photo by ISM).

Violent attacks on Palestinians have become far too common throughout the West Bank. In the past few weeks, Israeli soldiers have shot several shepherds in Aqraba and fired volumes of tear gas at young schoolchildren in Hebron; settlers also attacked a 12-year-old in Nablus. As Asous conveyed in the hospital, children should be able to play, study and go about their lives freely without the constant threat of violence. It is their right.
Burin Children Live Ammunition settler attack 2015-01-12
ISM Media