On January 20th, Israeli forces detained a Palestinian child near the village of Maghayir Al Abeed and demolished four structures in the Palestinian village of Ar-Rifa’iyya in the South Hebron Hills area. 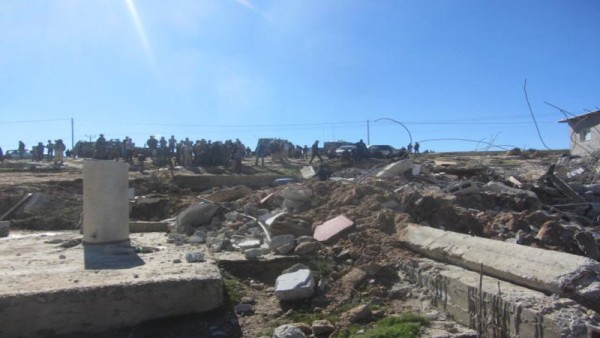 At about 9.00 a.m. Israeli bulldozers started to tear down two houses and two animal shelters, belonging to the Palestinian Rabai family in Ar-Rifa’iyya. The demolitions affected a total of twenty-five people, included ten children. 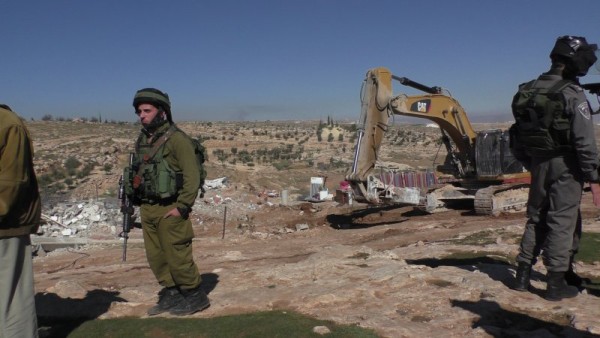 The Municipality erected two tents to create temporary shelter for those effected, at least during the night. Only twenty days ago, on December 31, in the village of Ad-Deirat, close to Ar-Rifa’iyya, two settlers broke a window and threw a molotov cocktail inside a Palestinian-owned house, trying to burn it,

Ar-Rifa’iyya and Ad-Deirat villages are located in Area C, under full Israeli military and administrative control.

During the Ar-Rifa’iyya demolitions, Israeli army and police jeeps reached the area of Old Havat Ma’on Hill near the Palestinian village of Maghayir Al Abeed, where some young Palestinian shepherds were grazing their flocks. An Israeli soldier run to a Palestinian child, aged 14. The soldier chased away his flock, placed him inside the military jeep with one goat and detained him. After one hour, the Israeli army released him in a dangerous area between the illegal outpost of Havat Ma’on and the illegal settlement of Ma’on. In this place several times, Palestinians, including children, were attacked by Zionist settlers.

Palestinian Prisoners Center for Studies stated that during 2014, Israeli soldiers arrested 1200 Palestinian children, a 60% increase from 2013, when 750 children were arrested.

Despite demolitions and arrests, Palestinians from South Hebron Hills are strongly committed to nonviolent and popular resistance against the Israeli occupation.