Wadi Foukeen is a Palestinian village just west of Bethlehem with a population of approximately 1,250 people. A weekly Friday demonstration has been organized by the village community against the Israeli occupation and in response to the recent land grab of 4,000 dunams (nearly 1,000 acres) by the Israeli government. Over a quarter of the confiscated land belongs to the village of Wadi Foukeen, which has already lost much of its land and natural resources to the constantly growing illegal Israeli settlements of Beitar Illit, Hadar Beitar, and Tsur Hadassah that surround it on three sides. 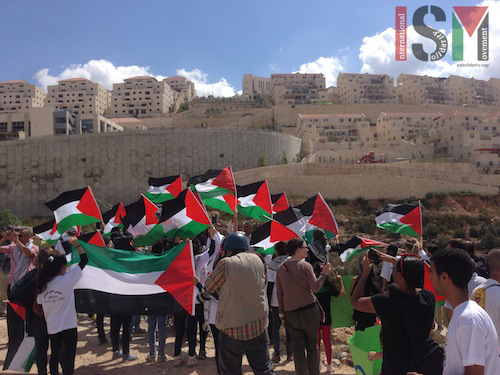 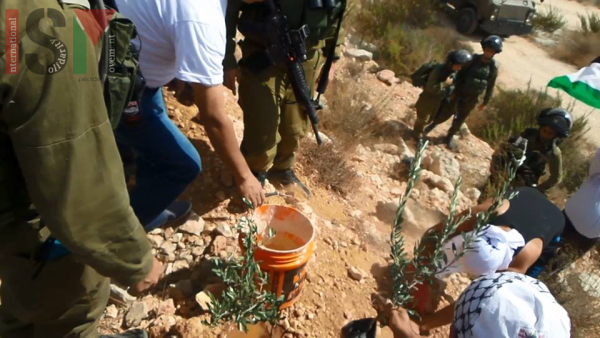 Today’s demonstration began after midday prayers with a peaceful march of about 60 Palestinians, Israelis, and International protesters and media members. The protestors marched from the village mosque to the boundary of the illegal settlement of Beitar Illit. While many of the demonstrators chanted protest songs, waved Palestinian flags and held up signs, another group of protesters dug holes into the ground to plant olive tree saplings while soldiers forcefully tried to prevent them from doing so. 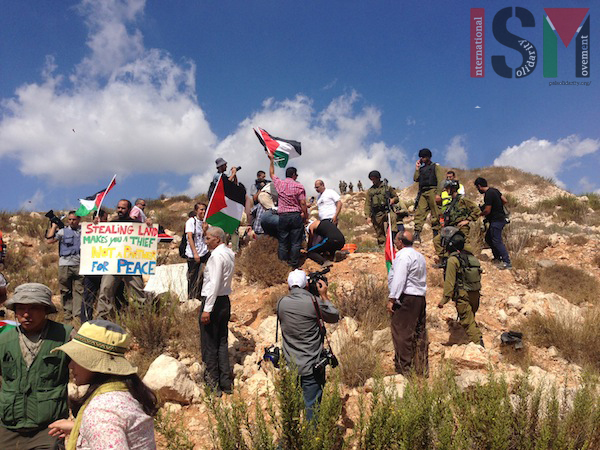 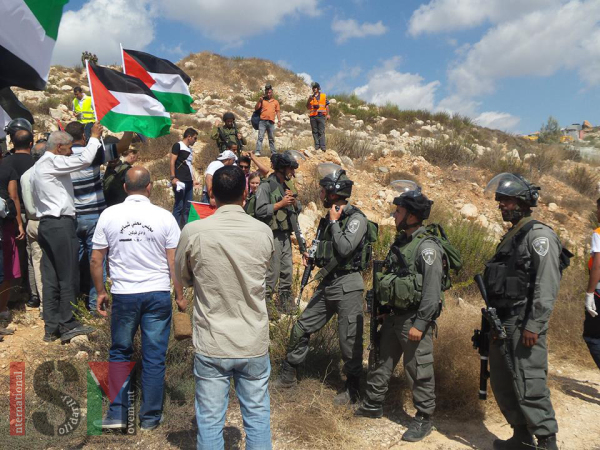 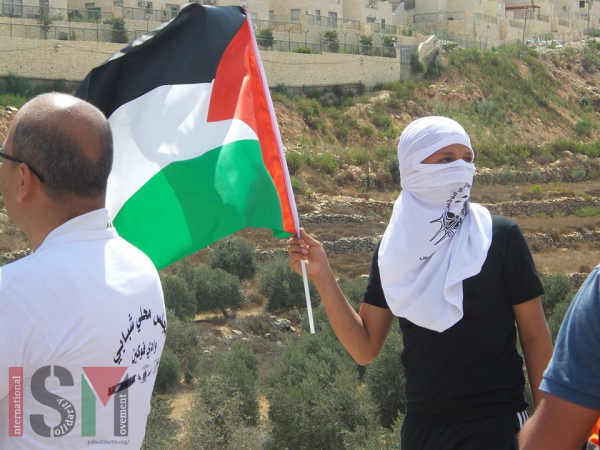 The Israeli forces began to get very aggresive as they shouted at the protestors to leave declaring the area a closed military zone and threatning to use violence against the unarmed protestors if they did not comply. They began to push several Palestinian men holding signs. Without warning, the Israeli forces threw 4 stun grenades directly into the crowd followed by another 4 stun grenades. After the crowd dispersed, the Israeli forces shot several rounds of tear gas at the demonstrators. One man was hit directly in the back by a tear gas canister. Two protestors suffered from excessive tear gas inhalation and needed medical attention. 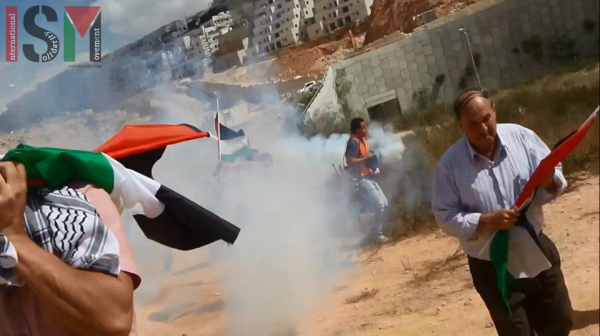 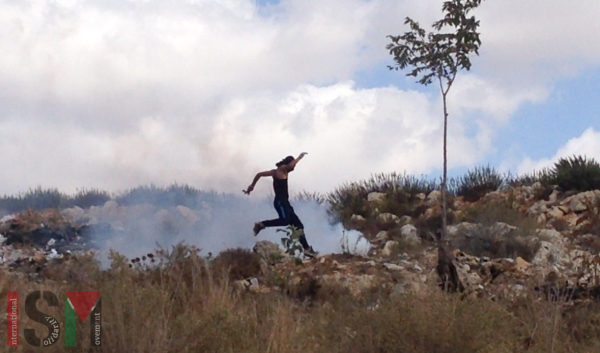