Today in al-Khalil (Hebron), Israeli forces fired 15 tear gas grenades and canisters, as well as five stun grenades at children as they waited to go to school.

Each morning and afternoon the children of al-Khalil, some as young as four-years-old, are forced to cross through a checkpoint manned by Israeli border police.

An ISM volunteer who was present at the checkpoint stated, “I was standing with my fellow ISM’er next to two young boys who were both under six-years-old. We were all very close to the stun grenades. We tried to comfort them when they [the stun grenades] exploded close by, but what could we say? They were both terrified. We walked with them down closer to their school and they began to run. At that moment, a tear gas grenade was fired and there were no children throwing stones. The smoke was thick and I began choking, it felt like I couldn’t breathe. I can’t imagine what this sensation would have been like for a child, and there were so many present. From there the situation just seemed to get worse, with so much tear gas in the air, children were unable to reach their schools.” 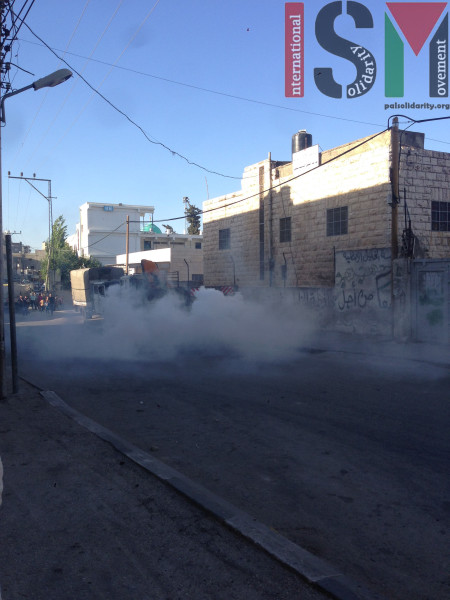 One young boy spoke to an ISM volunteer, with his eyes still red from tear gas, he pointed towards the checkpoint and said, “The soldiers from Gaza are here!” 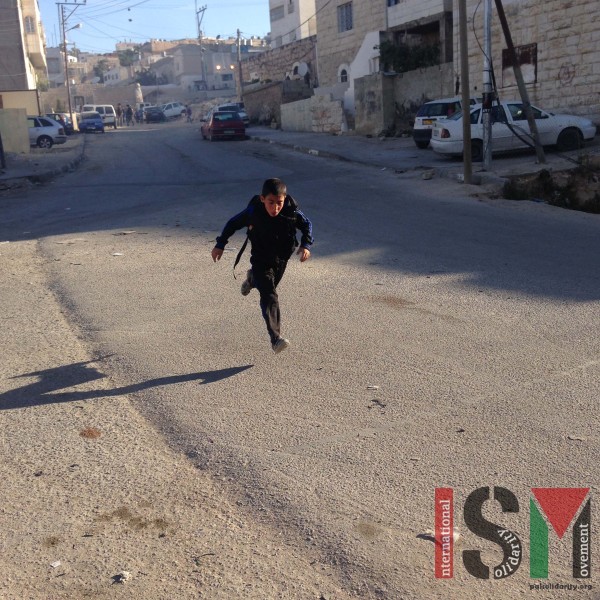 Tear gas drifted into the courtyard and many children and teachers choked and spluttered in the playground. School was delayed for over an hour. At one point a Red Crescent ambulance had to be called as two teachers and two children, aged 10 and 12-years-old, required medical treatment for excessive tear gas inhalation.

Another ISM volunteer present this morning said that, “Overall the Israeli forces shot 5 stun grenades. I also counted at least 15 tear gas grenades and canisters, two of which were shot at a group of Palestinian teachers, myself, and my fellow ISM activist.”

International activists monitor the checkpoints the children are forced to pass through on their way to school, both to document the events and to stand with the children. Israeli forces’ firing military weapons at children is unfortunately common. Last school year ISM documented many cases of tear gas and stun grenades used against schoolchildren in al-Khalil, some as young as 4-years-old.