Palestinians and ISM’ers clean up after demolition of Palestinian home

At 10am on the 18th of August in al-Walja, north of Bethlehem, the Israeli army demolished the residence of a Palestinian man. The man was alone on his land when the solders arrived with a bulldozer. The soldiers stated that they had a court decision to demolish the area but refused to show it to the man. 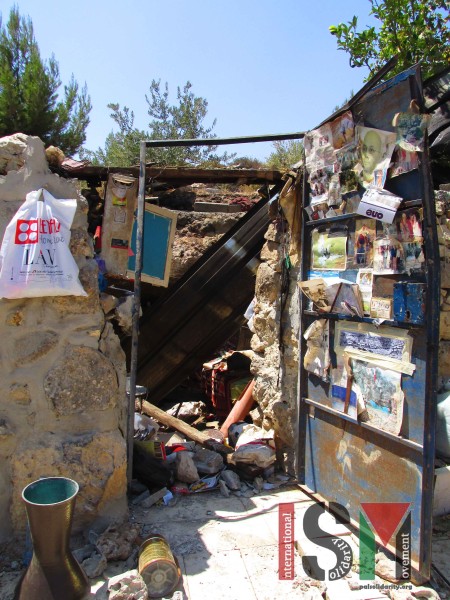 Approximately 15 Palestinians from Aida refugee camp and a group of ISM volunteers set out on the morning of the 19th of August to clean up the area. Before the demolition, the area consisted of  a patio, a small home where the man slept, a kitchen and a toilet. Most of the structures were completely destroyed and the owners belongings were scattered around the broken bricks and stones. 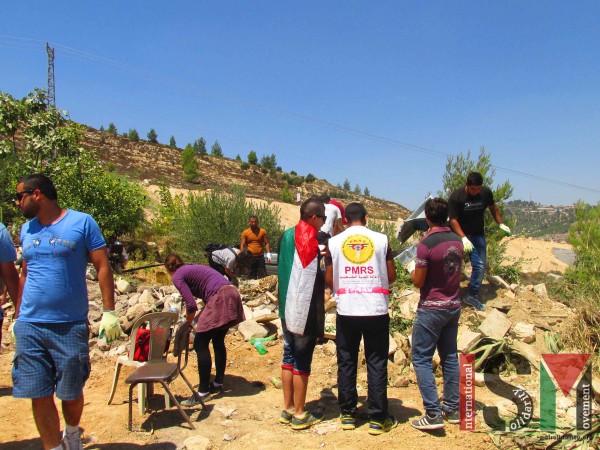 Palestinians and ISM’ers cleaned up the area and gathered what was left of the man’s belongings. After a few hours of work, most of the debris from the demolition had been cleaned. It was possible to reuse broken bricks to create a new stone patio. The Palestinians also built a tent to create some shelter from the hot sun. 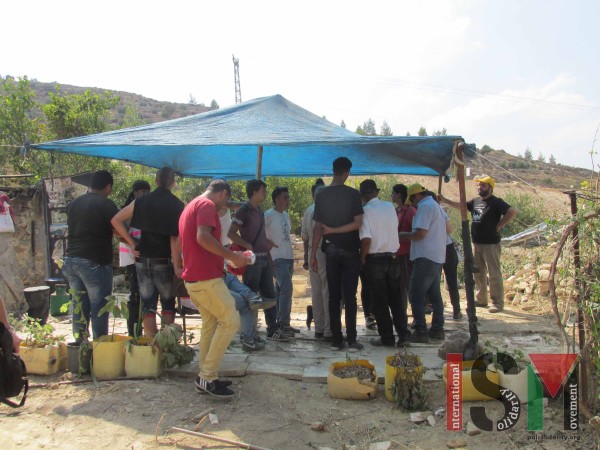