In response to calls from human rights defenders in Gaza who ask that we bring an end to the Egyptian government’s complicity in Israel’s genocide of the people of Gaza an urgent call to action was issued.

Please continue to demand that the Egyptian government open the Rafah crossing. Send us your communications with the embassy along with a photo of yourself holding a sign with a slogan such as ‘Open Rafah Now-End Egyptian complicity in Israeli Genocide’ to: openrafahnow@gmail.com

Help us spread the call from and share the following translations via social media:

The pictures and communications will be posted on the Facebook page Open Rafah permanently and unconditionally. 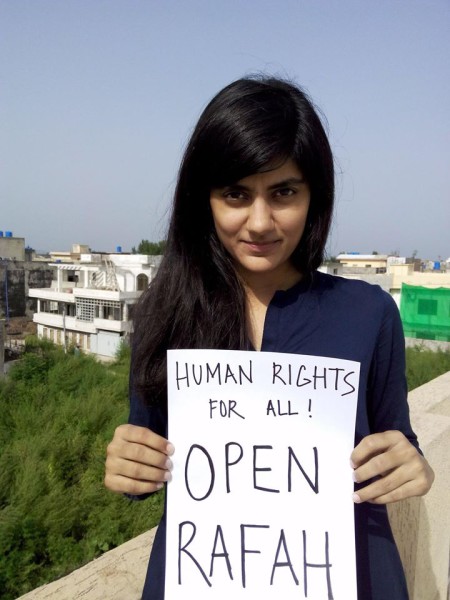 In response to calls from our fellow human beings and comrades in Gaza who asked that we bring an end to the Egyptian government’s complicity in Israel’s genocide of the people of Gaza.

We called upon people to take action and contact their local embassy, to protest Egypt’s complicity in an illegal and inhumane siege leaving those most suffering in Gaza alone and isolated.

Despite a call from Egyptian citizens to lift the siege, the Egyptian government has instead supported the Israeli plan for return to the status quo of slow genocide. The Egyptian government claims that The Rafah Border is open but the stark reality is that the crossing remains closed to all but too few exceptions.

For 7 years Gaza has been under a suffocating, deadly siege imposed by Israel and accommodated by the Egyptian government, that severely restricts all movement of people and products.

With the wanton destruction and devastation that Israel has wrecked in Gaza over the past 5 weeks, now more than ever is it essential to demand that the Egyptian government to fully Open Rafah.

Since July 7th more than 2016 Palestinians have been killed and over 19101 have been injured. The Egyptian government’s refusal to open the border makes them complicit in Israel’s genocide of a population held captive.

Thank you for taking action! Raise your voice for the besieged people of Gaza!
Open Rafah Now!