New
Home / Gaza / Report from Gaza: “This is our country, even if it’s just a country by name”

Report from Gaza: “This is our country, even if it’s just a country by name”

The Israeli air forces’ strikes on Gaza over the past days have increased in intensity and are creeping ever closer to the center of Gaza City. 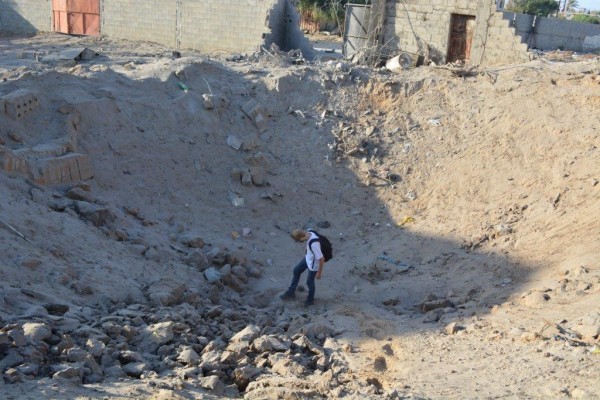 Just after 2PM yesterday, four people were killed, according to initial data they belonged to Hamas’s armed wing; they were travelling in a car when the drone attacked. The targeting killing was carried out west of Saha neighbourhood in Gaza City, a very densely populated area.

Barely two hours later another attack was conducted, this time a few kilometers north of the downtown area. A giant crater and twisted metal remnants were what remained of a garden, and two missiles fired from an F-16 plane between some apartment buildings.

Amihan Shublaq was at home with her family when the missiles detonated; several windows were shattered on her house.

“The attacks are coming closer and closer, next time maybe it is us who get hit,” she said as she held one of her children close.

Fortunately, no one in her family was injured this time. However she still would not leave Gaza, even if she could.

“This is our country,” she continued, “Even if it’s just a country by name. And remember,” she said without raising her voice, “that it was Israel that started, it’s them who want to break the reconciliation between Gaza and the West Bank, that’s why they’re doing this. But we cannot fight against Israel, nor the outside world can persuade Israel to stop the violence. We want peace. The situation is getting worse with each generation, how will it be for our children? They have no future. We must have peace otherwise it will be no future for them, but we also have to have our Palestine, and that Israel will never allow.”

From the street outside, the neighbours sweep away shattered glass; drones can be heard hovering above and in the distance, further explosions. 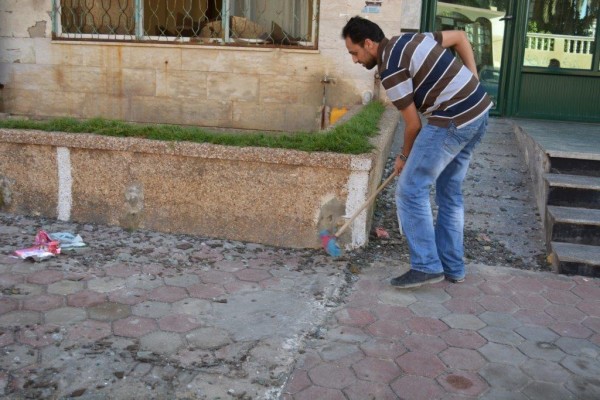 The casualty toll in the ongoing assault has now climbed to 41 deaths and over 370 injuries.