I wake up after a night shattered by rocket launches, airstrikes, and flyovers, to sparrows friendly twittering, seemingly unconcerned by the drones swarming overhead. 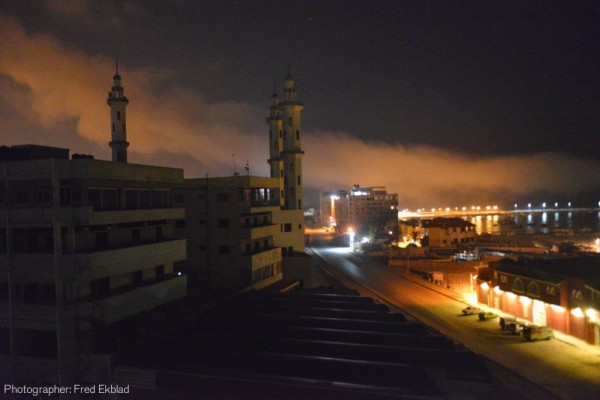 No explosions have been heard since five o’clock in the morning, almost four hours ago. The sun shines as usual, I will not have any internet access for many hours yet, and thus no access to any news; had it not been for all the drones that circulate above, and I admit that I do sometimes wish that they will fly into each other so I don ́t have the unwanted noise in my ears for a while, it could have been a day of peace.

But it is not.

People I have talked to have stated that this war cannot be compared with that of 2012. This is nowhere near as intense as the last, not yet.

According to an American analyst in Gaza, Joe Catron, the war is an extension of the Israeli government’s attempt to break the political reconciliation between Gaza and the West Bank, and to obstruct such a merger being completed in the foreseeable future. That Israel this time allows the various resistance movements in setting the agenda may be an attempt to conceal their intentions, to dissolve the political merger, and instead show the world that it only responds to rocket attacks.

Politics. This war is clearly political by military means.

People who sweep up shattered glass in their homes, brush away grout from their furniture, live in fear of what might happen to their loved ones, is nothing else but politics.

The children who recently died when they tried to prevent their home from being bombed are nothing but political victims.

The fishermen that recently had their waters halved are political losers.

The farmers are currently outside the political fray; it’s the middle of summer and therefore not growing season. There is reason to believe that the death toll would be higher if farmers had been out on their fields.

And the battle, the political one of course, is just about having Palestine united, a necessity for a future Palestinian state, or not.

My watch says it is now past 10am, sparrows are still twittering, the drones have not yet flown into each other, and at a distance I can hear some explosions.

Political ones, of course.