Gaza report: “Colonisation policies will not bring peace and security”

Just one or two hours after the ceasefire talks broke down, Sohil Deeb Mahmoud al Hosris’ house was completely demolished in the densely populated refugee camp of Shati in an air strike. 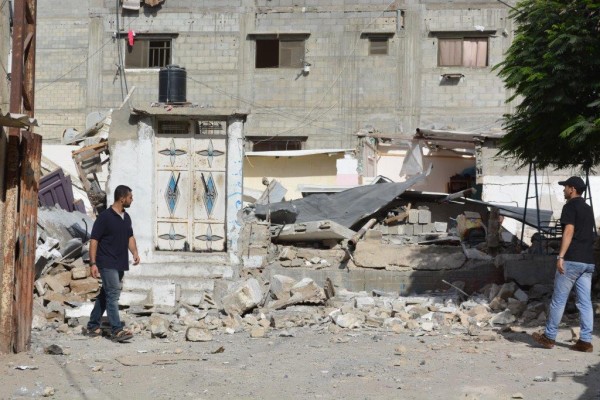 It was a miracle nobody were killed or injured.

Where the former house stood, only a large pile of building blocks remained, along with smashed furniture and other belongings. 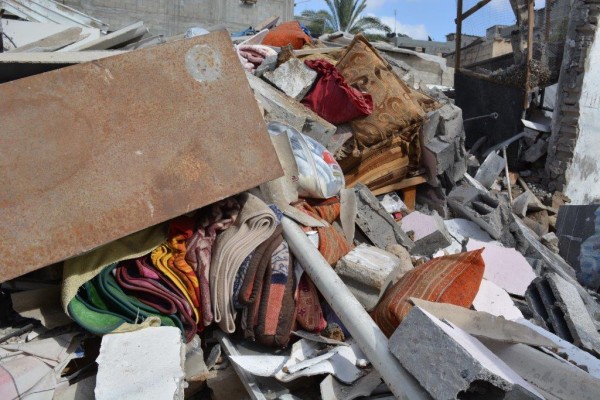 Volunteers helped with clearing the narrow footpath from stones, while others are helping to rescue the few belongings that can be saved. It is of little comfort to Sohils and his family when he has lost everything that he is not alone; 570 houses have been demolished, in Gaza alone, since the current military operation was launched, this number does not included the houses demolished by Israeli forces in the West Bank. 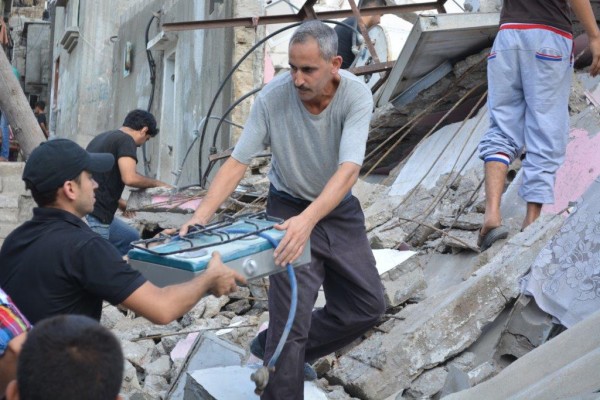 A ceasefire, without having resolved the root cause of the situation in Gaza, can never lead to lasting peace. Withdrawing to ’67 borders, respecting international law, and lifting the siege appears to be a painful idea for this occupying power, but it is the only way to provide protection to all citizens. This does not even begin to touch on the idea of a one-state solution.

Colonisation policies will not bring peace and security, only a continued escalation in violence, more uncertainty, and more demolished homes.