New
Home / In the Media / VIDEO: Violating the land they do not own: Kufr ad-Dik resists

VIDEO: Violating the land they do not own: Kufr ad-Dik resists

It was so different this time around.
It had gotten much worse.

There was not one occupation bulldozer but four; the whole hilltop to the East of the Palestinian village of Kufr ad-Dik (Salfit governorate) had been flattened, huge rocks stacked to the side to make way for a new illegal Israeli colony intended to fill the gap between the illegal colony of Ariel and others in the area.

Only a week ago the village achieved a small yet meaningful victory, when an occupation bulldozer was made leave the hilltop without raping the land. However, it came back three days later accompanied by some 40 soldiers to protect the large number of illegal Israeli colonists who started drilling the land they do not own. Villagers estimate at least 600 dunam (600,000 sq m) of land is currently being stolen, in addition to the thousands already confiscated for Israeli settlement expansion.

At least 400 Palestinians from the neighbouring villages of Biddiya, Sarta, Bruqin, and Kufr ad-Dik itself gathered this morning to pray on their land in protest of Israel’s colonialist project of land theft. The villagers outnumbered the Israeli soldiers present by at least 10:1, yet it was the heavily armed military who attacked unarmed civilians with sound grenades and tear gas canisters. One person was hit in the stomach with a tear gas canister and had to be taken away for medical assistance; seven people were treated for tear gas inhalation.

However, the shebab [youth] claimed their own symbolic victories today. They staged sit-ins next to the machinery that razed their land and put up the Palestinian flag on top of one drilling vehicle; they managed to take off one Israeli flag and get rid of it; and, working quietly behind the soldiers who were busy aiming their rifles at children, they tore down a colonist tent where land thieves gather for their break with a Coca-Cola.

Today’s demonstration in Kufr ad-Dik will probably not change the course of events in the larger Israeli colonial project; yet by resisting it, the Palestinians reinforced their dignity, once again. 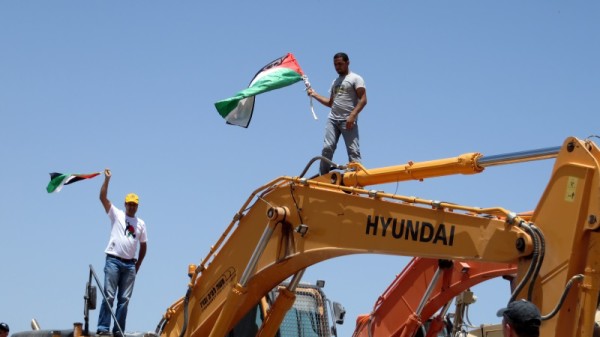 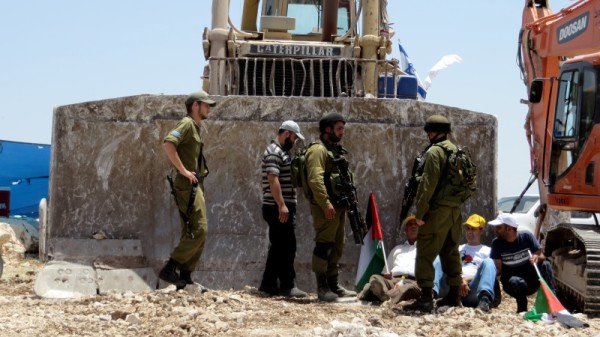 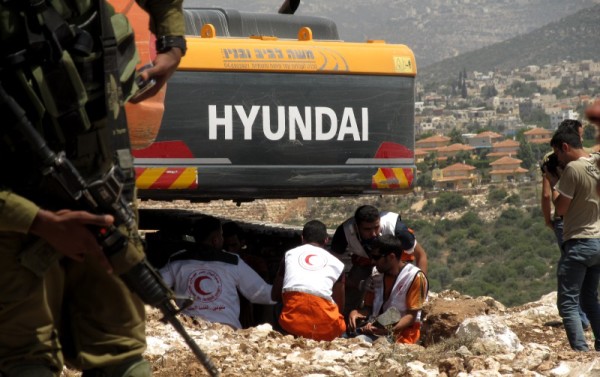 Improvised field hospital ward in which the injured were treated. Illegal Israeli colony of Bruchin in the background (photo by International Women’s Peace Service). 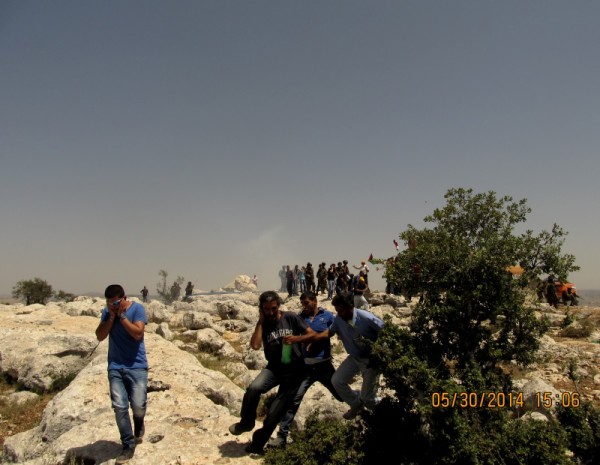