Seven Palestinian prisoners continue their individual hunger strikes as prison conditions worsen. This is the highest number of strikes since September 2013. 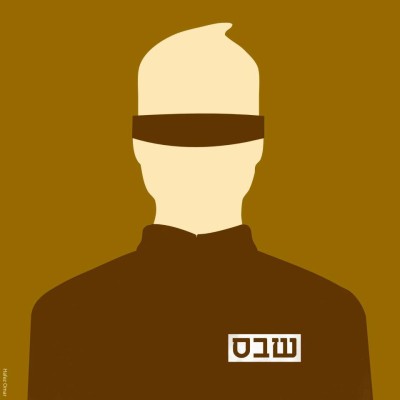 Earlier this week, Addameer lawyer Samer Sama’an gained access to two of the three administrative detainees who started hunger strikes in early January in protest of Israel’s policy of indefinite detention without charge or trial. The widespread practice of imprisoning Palestinians under administrative detention orders is illegal according to international law.

Adv. Sama’an was able to visit Mo’ammar Banat and Akram Fasisi about the punitive measures carried out against them in reaction to their decision to hunger strike since 9 January 2014. Banat, a 26 year-old from Arroub Refugee camp, has been held under multiple administrative detention orders since 13 August 2013. Fasisi, a 31 year-old from Ithna village who previously carried out a 59-day strike in 2013, has suffered from poor health throughout his imprisonment.

Banat and Fasisi explained that on the first day of their announced hunger strike, they were immediately transferred to cold and humid isolation cells.Despite the cold weather, all of Banat and Fasisi’s belongings and blanketswere confiscated. They were denied the right to shower for the first ten days of their strikes.

They described that their isolation cells were 2×2 meters in size, only contained a small pit in the floor for them to relieve themselves, and were monitored by Israeli Prison Service (IPS) cameras 24-hours a day. It should be noted that these cameras, along with all other surveillance equipment throughout Israeli prisons, is provided by British-Danish security company G4S.

Banat and Fasisi also told Addameer that as punitive measures, they have been denied recreational hours in the yard, family visits, the ability to purchase basic supplies and goods from the prison canteen, and have been subject to frequent night raids and searches.

Banat and Fasisi report that they were transferred to Sha’are Zedek Medical Center on the fifteenth day of their strikes along withWaheed Abu Maria and Ameer Shammas, two other prisoners who are also on strike against their unlawful administrative detention. Abu Maria, a 46 year-old father from the village of Beit Ummar, has been held illegally since October 2012. Like Banat and Fasisi, he began his most recent hunger strike on 9 January 2014. Shammas, a 22 year-old from Hebron, began his strike on 11 January 2014 to protest his administrative detainment that began in September of 2013.

Banat, Fasisi, Abu Maria, and Shammas were then taken Ramleh Prison Clinic. Although the hunger strikers have reported that they are suffering from critical health conditions, including fatigue, exhaustion, severe headaches, joint pain, chest pain, and shortness of breath, Fasisi and Banat report that all of them consistently refuse medical treatment. They describe that the IPS officers shackle the prisoners’ hands and feet to the hospital beds, and that all four of them are occasionally transferred to solitary confinement cells in Ramleh Prison Clinic as punishment for their continued hunger strike.

Two other hunger strikers in Megiddo Prison also reported horrific treatment since the start of their strikes. Husam Omar and Mousa Soufian were arrested in 2002, but were interrogated for 50 consecutive days beginning on 17 June 2013. They were presented with a new list of charges, and were placed in isolation cells on 20 September 2013 until their hunger strike. They began open hunger strikes on 25 January 2014 in protest of the isolation policy. They were also subjected to punitive measures including denial of family visits, isolation in a 2×3 meter cell, confiscation of property, and daily searches despite being in completely empty cells. Most of the raids occur between midnight and 3am, they described. In addition, Soufian has developed an unidentified lump on his neck during his imprisonment.

In recent days, other lawyers have visited the hunger strikers and informed Addameer that the men have been moved to other hospitals. Further developments will be available after 20 February 2014.

The Israeli Prison Service has recommended to the Knesset to consider new legislature that would allow for the force-feeding of prisoners on hunger strike. This bill has been widely condemned by human rights and health organizations, including Physicians for Human Rights in Israel, who describes the bill as “clearly designed to subdue the prisoners.” In light of Israel’s new policy, Addameer calls for expedited intervention from international organizations and bodies in order to protect Palestinian hunger strikers from this cruel practice.

Basic Information on the Hunger Strikers:

*Write to the Israeli government, military and legal authorities and demand the release of the prisoners on hunger strike.