Hundreds of Palestinians announced today the launching of “Melh Al-Ard” (Salt of the Earth) campaign by reviving the village of Ein Hijleh in the Jordan Valley on land belonging to the Orthodox Church and St. Gerassimos monastery. The campaign is launched in refusal of Israeli policies aimed at Judaizing and annexing the Jordan Valley.

We, the daughters and sons of Palestine, announce today the revival of Ein Hijleh village as part of Melh Al-Ard campaign in the Jordan Valley. The action aims at refusing the political status quo, especially given futile negotiations destroying the rights of our people for liberation and claim to their land.

Accordingly we have decided to revive an old Palestinian Canaanite village in the Jordan Valley next to so called “Route 90” linking the Dead Sea to Bisan. The action is part of a continuous step against the Israeli occupation’s plan to take over and annex the Jordan Valley. This step is a popular act against Israeli oppression of the Palestinian people and the constant Judaization of the land.

From the village of Ein Hijleh, we the participants announce that we hold tight to our right to all occupied Palestinian lands. We refuse Kerry’s Plan that will establish a disfigured Palestinian state and recognizes the Israeli entity as a Jewish State. Such a state will turn Palestinians living inside lands occupied in 1948 into residents and visitors that can be deported at anytime. We affirm the unity of our people and their struggle wherever they are for our inalienable rights.

Ein Hijleh village is located in what is called “Area C” in the Jordan Valley, which is under threat of annexation by Israeli policies and Kerry’s plan. Therefore, we have decided to take charge and call for a national action to protect the Jordan Valley and put an end to the constant Judaization of Palestinian lands.

Based on our support of the Boycott, Divestment and Sanctions Movement (BDS) we call upon our friends and international solidarity groups to stand with the demands of the Palestinian people and boycott all Israeli companies including Israeli factories and companies that work in the Jordan Valley and profit from Palestinian natural resources.

Our Palestinian village is located near Deir Hijleh or St. Gerassimos monastery, on land that is property of the Orthodox monastery. The land mainly consists of few deserted old houses and palm trees. The white soil is highly concentrated with salt, and the area is surrounded by lands taken and used by Israeli settlers. An Israeli base is separating the land from Deir Hijleh monastery which owns a property of about 1000 dunams, some of which are taken by Israeli forces for the excuse of “security reasons.”

The campaign, “Melh Al-Ard” (Salt of the Earth), quotes a phrase from the bible, Matthew 13:5, which says, “You are the salt of the earth. But if the salt loses its saltiness, how can it be made ​​salty again? It is no longer good for anything, except to be thrown out and trampled underfoot. “The name of our village, Ein Hijleh, is based on the original Canaanite name and the water spring (Ein) present there.

We the sons and daughters of Ein Hijleh call upon our people to join the struggle to revive the village and protect our rights, history, culture, and land. Daughters and sons of Palestine, be the salt of this earth and stay steadfast on it. 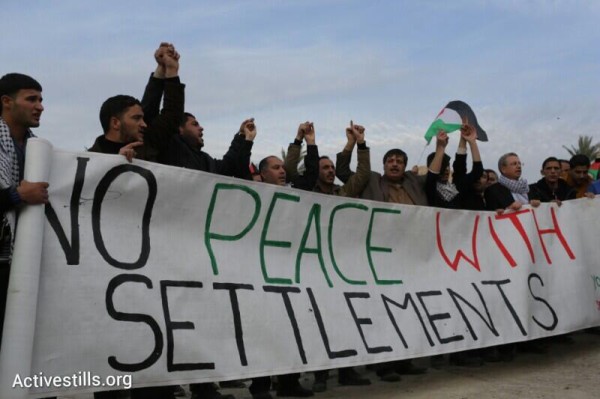