With the arrest of two international human rights activists at Salem Military Court, in Jenin district, on Wednesday 29th January 2014, the total number of arrests of activists in the past month has risen to five, and the number of deportations to four. Arrested activists have reported verbal and physical abuse while in custody. Concerns have been raised within the human rights community as to whether the Israeli military is carrying out a concerted campaign of intimidation and deportation against internationals. 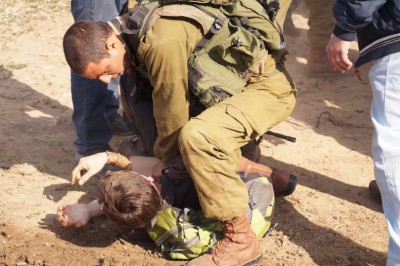 Violations of due process

The most recent arrests occurred as two activists, a Norwegian and a Canadian, were attending a hearing for Ahmad Atatreh, a 20-year-old Palestinian activist who had been arrested ten days earlier at a peaceful demonstration in the Jordan Valley.

Following the hearing, which the activists had attended in solidarity with Mr. Atatreh and his family, Israeli soldiers violently dragged the defendant by his handcuffs out of the courtroom. When the internationals asked why he was receiving this rough treatment, the soldiers took the passport from the Norwegian and arrested her on the accusation of having “slapped a soldier.” The Norwegian activist has a long-standing commitment to non-violent solidarity work.

The two remaining activists and the family of Mr. Atatreh left the court facilities and were getting into a car outside when they were approached by another soldier, who subsequently arrested the Canadian, accusing him of interfering with an arrest.

The activists were held overnight in the police station in the illegal settlement of Ariel. While in custody, the Norwegian human rights volunteer was punched in her face by Israeli police.

Under Israeli law, the activists should have been taken before a judge within 24 hours of their arrest. However, as in other recent cases the police disregarded this, instead initiating deportation procedures without following due process.

In the case of Vincent Mainville and Fabio Theodule, (Swiss and Italian citizens respectively), arrested 8th January 2014 while trying to prevent Israeli soldiers from firing live ammunition at schoolchildren, although the judge later ruled that the activists had been illegally arrested, it was too late to prevent their transfer to immigration and therefore prevent their deportation. Neither man was allowed a court hearing as required by law.

Another activist, Sven W, a citizen of Germany, was arrested 18th January 2014 while attending a peaceful demonstration in the Jordan Valley. Like Mr. Mainville and Mr. Theodule, he was deported without a civil court hearing.

In addition to violating Israel’s due process laws, in each of these cases the Israeli military have beaten the activists in their custody. The Norwegian arrested on the 29th reports having been beaten at the police station in Ariel.

While in custody, Mr. Mainville and Mr. Theodule were dragged by their handcuffs, causing their wrists to bleed. Mr. Mainville was also kicked in his ribs and his face. After many hours of detention, Mr. Theodule asked for water and was told by a border police officer, “If you want to drink, you can drink my piss.”

While in detention, Sven W. was blindfolded and forced to kneel on the ground for more than an hour. At this time, an Israeli soldier purposefully pushed Mr. W’s face in dirty water before taking him behind a military jeep and repeatedly kicking him in the ribs. 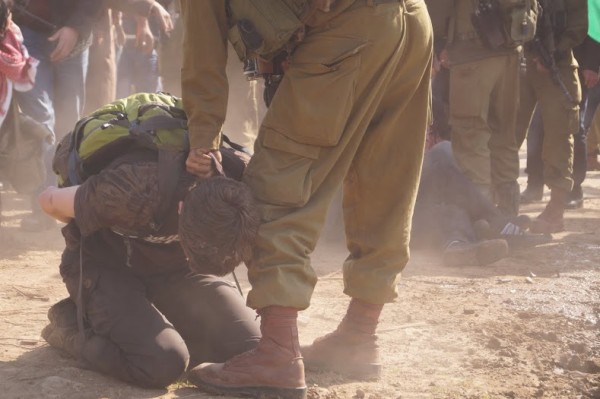