Photos: A hero returns to Gaza 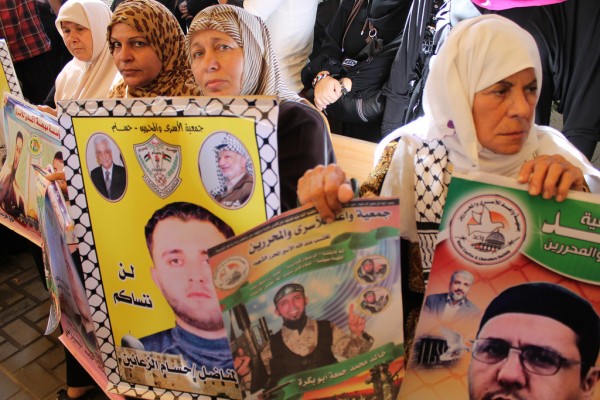 A hero return to Gaza (Photo by Joe Catron)

What could be a more appropriate theme for this Monday demonstration for prisoners than those recently released by Israel? Would it have been possible to have a different one? Possible, but hardly appropriate. On the street outside the Red Cross, a temporary stage with a lectern had been erected and draped with banners. Loudspeakers were deployed on it, as if for a rock concert, and together with rows of plastic chairs, it effectively blocked the street from traffic. 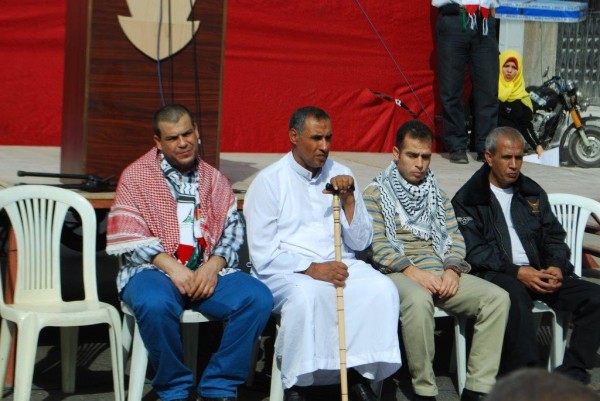 Speeches were made, the media were in place, and more groups joined with their banners, even some that had no representative among the newly freed prisoners. The released detainees themselves had to give speeches, which were applauded by the audience, and finally, placards were handed out.

During one of the speeches, I was asked if I was interested in coming along to the Erez crossing, or the Beit Hanoun crossing as it is called here, to witness another release, which I accepted. But I doubted I had understood correctly. It was difficult to hear anything at all because of the volume of the speakers, and it was not yet time for the next group of 26 prisoners to be released as part of the agreement for the resumption of peace negotiations. 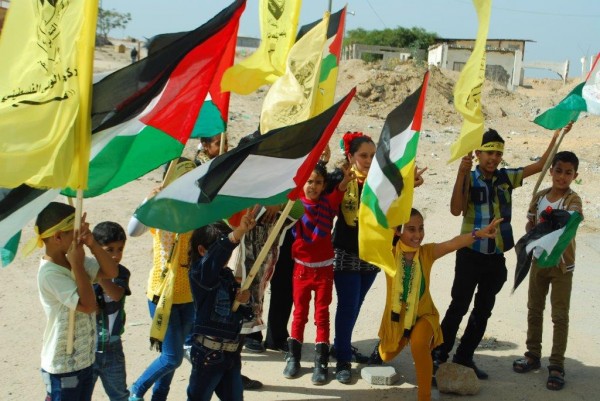 Anyway, I stepped into a hired bus as placards were distributed for the five, who had given 20 years or more of their lives in the struggle against the occupation, and for a second time in a week ended up at the northern crossing. And though I have been there recently, everything was very different except the crowds and banners.

Now, during the day, I could even see the wall that cuts off the landscape, that according to the Israeli dialectic is not a wall but a barrier. But while we waited, a growing number of taxis or private cars, motorcycles, tuk-tuks, and even an open truck, overcrowded with people waving flags of yellow, the Fatah color, appeared. The only noticeable difference was the absence of the press. As the only westerner, and with a camera too, I could not help but notice my position was unique. 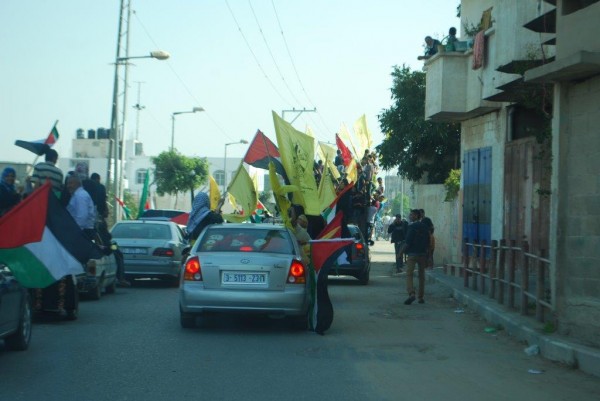 Suddenly the murmur raised to a cheer as the crowd rushed through the open gates to meet 51-year-old Mohammed Abu Amsha, married with eight children, who had just been released after seven years in prison. It was his third prison term, and he has been denied adequate medical care for his heart and lung problems. But now he was a free man, and soon he was sitting in a car followed by us, among the narrow streets in the nearby village of Beit Hanoun, while children and adults alike curiously lined the walls and hung out of windows. 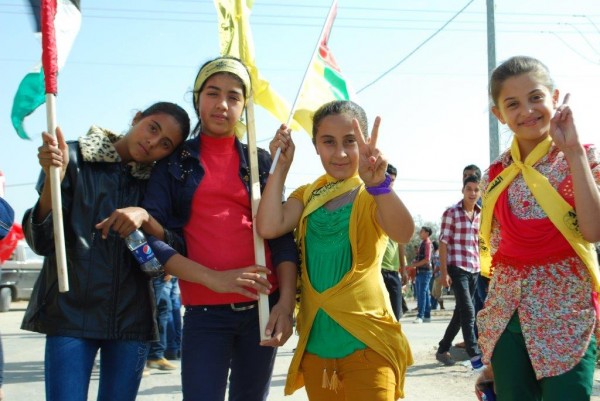 Women ululated as a tuk-tuk drove forward with big, booming speakers. A large celebration tent had been raised outside Abu Amsha’s family home. Those who had not found a place in any of all the plastic chairs patiently huddled in anticipation of getting in to express their congratulations, kiss Abu Amsha and be photographed with him.

I could not melt in. I was too different, and I’m afraid I stole some of the attention when children flocked around me, curious and smiling, and asked in faltering English how I felt, my name, and where I was from. Nothing could make them as happy and proud as when I agreed to their request to photograph them. But then someone took my hand and dragged me past the line of people waiting to get into the house, up the stairs and into the reception room. 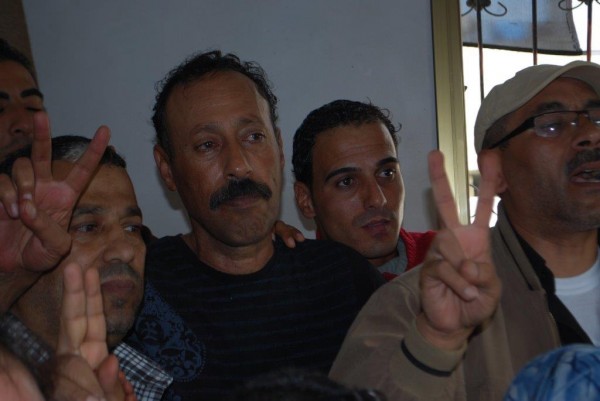 Smiling people took turns hugging and touching Abu Amsha, a man who, after so many years in prison, is forced to wait another few days before he gets to be alone with his family. For it is a great day, not only for him, but for all those who see him as a hero in the struggle against the occupation. The focus of next Monday’s demonstration outside the Red Cross is already a given. 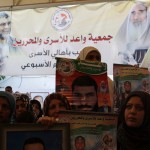 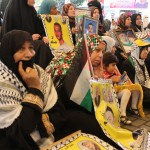 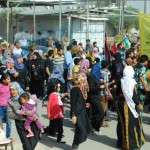 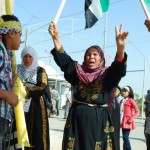 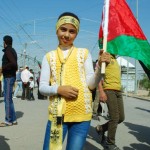 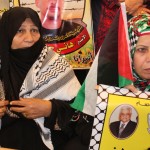