Today, 09/13/2013, the weekly demonstration at Bil’in continued with protests in solidarity with the prisoners in Israel, against the illegal settlements and the apartheid wall. Three people were injured, Abdullah Ahmad Yassin (22), was shot with a tear gas canister in the head, Muawiya Ghazi (19) received injuries as he fell attempting to run from the Israeli army, and 14-year-old Nasser Bernat was shot with a rubber-coated steel bullet in the chest. 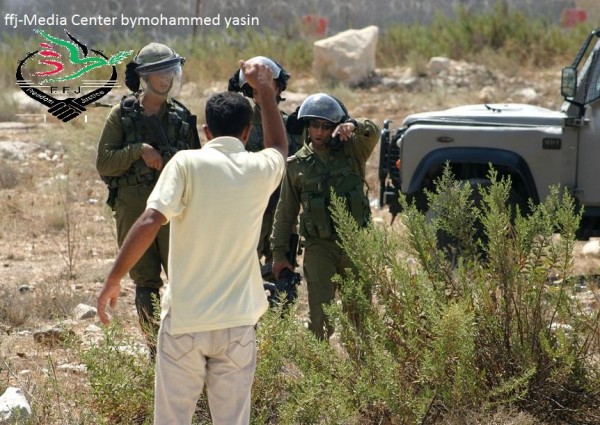 Dozens of Palestinian, Israeli and international activists marched from the centre of the village towards the annexation wall, waving Palestinian flags and chanting for national unity. 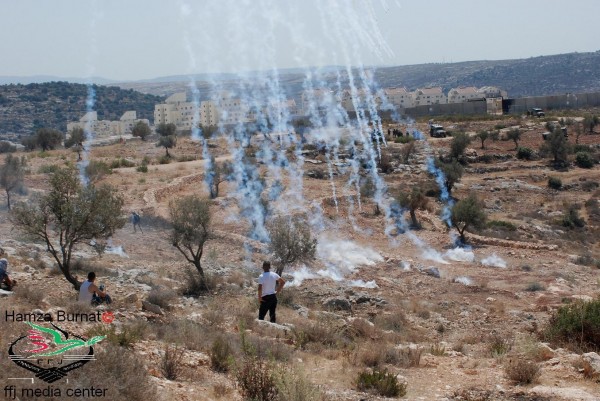 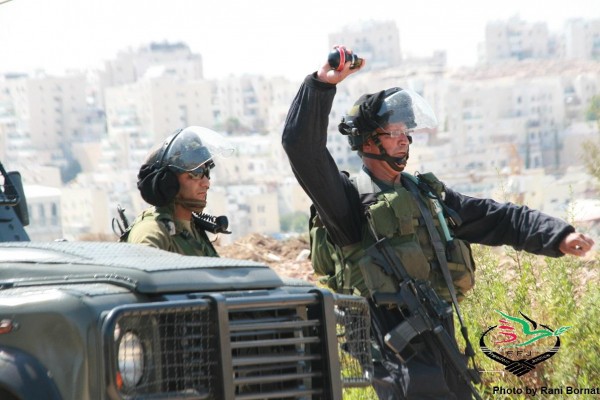