In June 2013, a photo depicting Suriah Mahmood from Kafr Qaddum won first prize in a photography compitition in Qatar. International activists met Suriah to talk to her about non violent Palestinian resistance and the village of Kafr Qaddum. 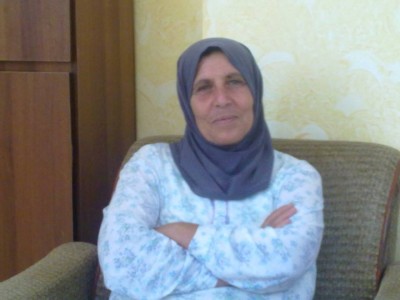 Suriah Mahmood in her house in Kafr Qaddum (Photo by ISM)

The people of Kafr Qaddum have organised non-violent marches every Friday, with men and women sharing roles in the demonstration according to Suriah Mahmood, a prominent woman from Kafr Qaddum. Women participate in the demonstration by directing the ‘shabab‘ – the young men of the town. The women tell the shabab demonstrators where to move and where the soldiers are hiding in ambush as they attempt to injure and arrest people.

‘We’ve suffered a lot over the decades, for the long distance and the time it takes to reach Qalqiliya and Nablus.’ The monetary cost doubles for travel due to the distance and checkpoints, not to mention the psychological costs of having a checkpoint to the entrance of the village, making people continually worry they are going to be detained, arrested or harrassed. The village suffers as they have to use longer and even more circuitous routes when the checkpoint is closed. These hardships are then multiplied again when the army invade the village. ‘I go out onto the street when the army chase shabab into the village. Something in my heart and emotions, activate me quickly, telling me to go out the house and protect the shabab from the army.’ Suriah has joined demonstrations along with other Palestinian women from Kafr Qaddum, although the demonstrators are typically male Palestinians along with some male and female international and Israeli activists.

‘I think to myself, who takes part in the demonstrations?  The shabab are our brothers and sons from Kafr Qaddum. I think it is my duty to go out to make trouble for the soldiers to make them busy so they are unable to continue to chase the shabab. I again feel something internal in my heart. Sometimes I throw stones or block in front of the soldiers. I shout to make the soldiers nervous and crazy and can’t control my emotions because I think it’s the role of Palestinian women to stand with our brothers against occupation.’ 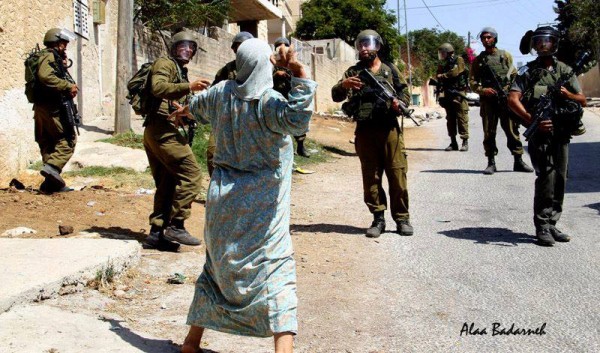 On Friday 2nd August the army invaded the village and shot teargas in all directions, some of the teargas canisters entering houses. ‘My husband and son’s wife and my grandchild Yakub, suffocated alot and suffered for two hours. Asma the wife of my son fell unconscious. I began to cry , shout and called an ambulance to make first aid. When the army left the village, the teams of first aid were allowed to do their job and help those suffocated in the house.’

When asked about what Suriah hopes for in the future for her village she replied, ‘I hope for a chance to come to the Palestinian people to be free and have peace in the land without having the army to storm the village. I hope to re-open the historic road that existed before the occupation. I hope that all over the world governments  rule to protect people from occupation. I think decades of occupation is enough and it is time to live happy and free.’