Resistance in Bil’in continued on the second day of the Eid Al Ftir holiday, in solidarity with Palestinian prisoners in their hunger strike. One female activist was arrested and there were dozens of cases of teargas suffocation in the Bil’in weekly march. 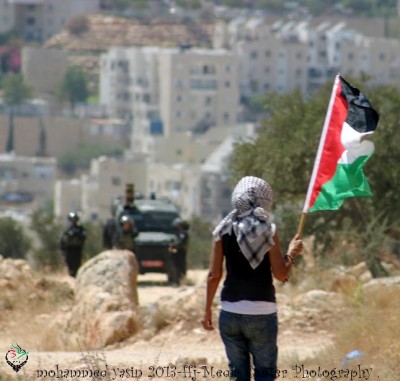 This week the Friday demonstration, organized by the Popular Committee against the Wall and settlements in Bil’in, marched in solidarity with Palestinian prisoners in their hunger strike.

The march began after Friday prayers from the center of the village toward the apartheid wall. Israelis and international peace activists participated alongside the people of Bil’in.

The participants raised Palestinian flags and chanted slogans calling for the end of the occupation, the demolition of the apartheid wall and the liberation of the Palestinian political prisoners. Upon the arrival of participants to the area the gate was already open, and military jeeps proceeded into the area prior to the demonstration. Israeli soldiers attacked the area and chased the participants in an attempt to arrest them. They succeeded in arresting one female Swiss activist. The ambulance crew was fired upon deliberately and soldiers initiated confrontation with journalists in the area. 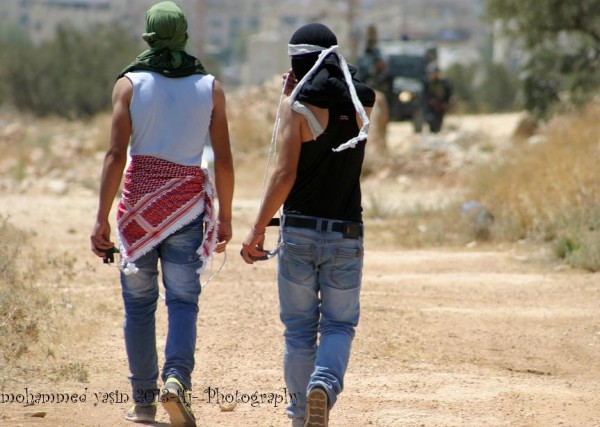 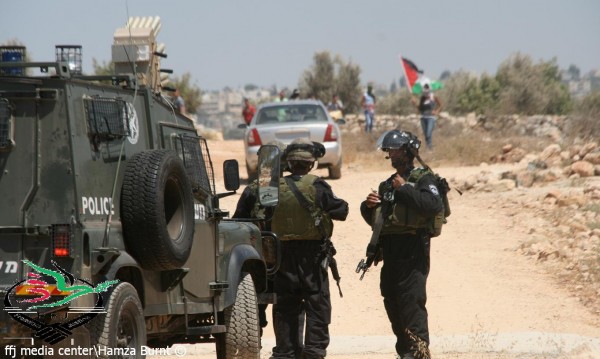 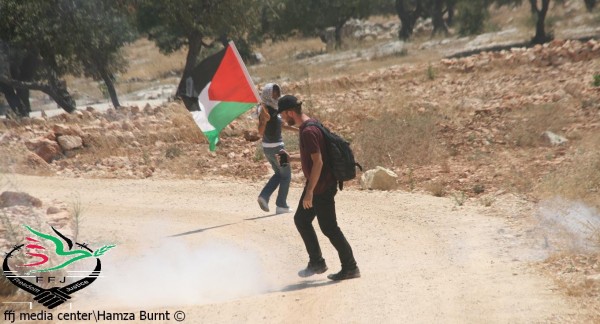 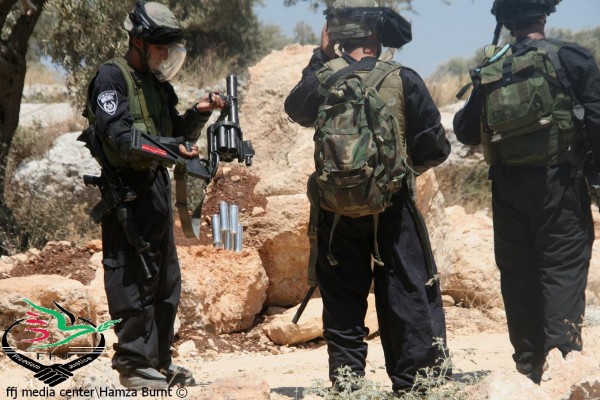 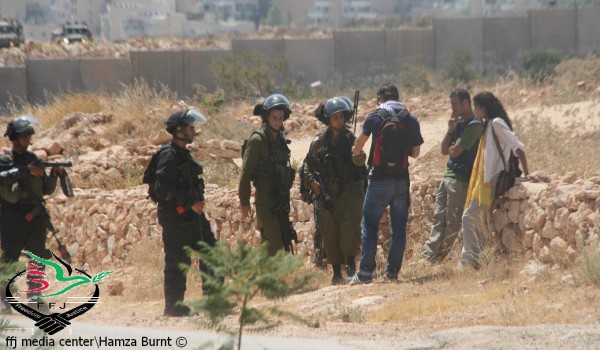