Last night, Israeli occupation soldiers invaded two houses in Tel Rumeida, Hebron, one being the Sumud house and the headquarters of the Palestinian human rights organisation Youth Against Settlements. 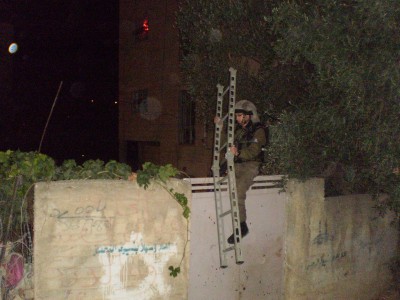 At 21:15 pm three groups consisting of four Israeli soldiers each invaded the Sumud house from different directions. The heavily armed soldiers took the residents of the house completely by suprise, as they had been sneaking through the nearby olive groves. After harrassing the people at the Sumud house and creating some mess, the soldiers retreated into the olive groves, only to invade the neighbouring house’s backgarden using the latter to climb over the wall surrounding the property. The aim of the exercise is unclear but soldiers seemed to have practised how to break into a house.

Activists from Youth Against Settlements as well as the International Solidarity Movement who were present at the scene strongly believe the invasion to have been a training exercise, as the soldiers could not show a court order justifying the invasion, nor did they arrest anyone. The precise goal and nature of the exercise remain unclear. By 22pm, all soldiers had gone, leaving a trail of confusion and broken property. 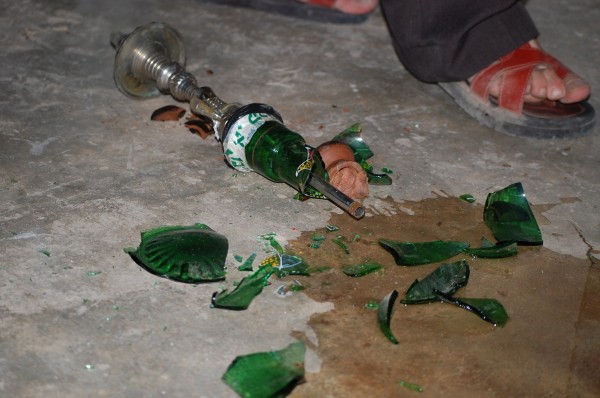 Although this is the first time the Sumud house has been targeted in what is clearly a training excersise, such incidents are not uncommon in the H2 area of Hebron, where 35,000 Palestinians live under the constant presence and control of a couple of thousand Israeli soldiers. “I am not training material. I am not an object,” local human rights activist Issa Amro commented after the incident. Amro subsequently called the Israeli DCO (District Coordination Office), which did not seem to know about the harrasment and were unable to offer any explanation for the invasion of the two houses.