Settlers lead the Israeli army into a night attack in Jinba: beating children aged 4 to 16 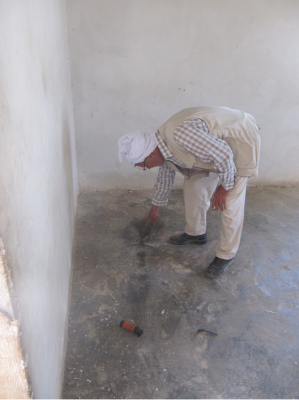 Stun grenade thrown into a home (Photo by ISM)

On Wednesday night, the Israeli army carried out a lengthy and violent invasion of the village of Jinba, in Masafer Yatta, south of the West Bank. The army was reported to have been led by two Israeli settlers from the illegal outpost of Mizpe Yair.

The army raided and ransacked twenty houses in Jinba, beating several young men in the process. People were woken up by stun grenades, which in one case the occupation forces threw directly into a house. Another stun grenade was thrown directly at a person, who was sleeping outdoors.

The Israeli army proceeded to break doors and raid Palestinian homes. During these raids, five people were beaten by soldiers, including a 4 year-old, named Ibrahim Jabarin. Ibrahim was hit by the soldiers in the face as he walked in front of them when they entered his home. The others were Thaar Khaled Jabarin, 16, Ahseen Nabil Jabarin, 12, Odi Jabarin, 21 and Sophian Raba’e, 15. Odi Jabarin was woken up by the soldiers beating him with their guns. He suffered several blows across his body, and severe injuries on his left leg.

Three men were then arbitrarily arrested during this raid and released hours later. Mahmoud Isha Ibrahim Raba’e was woken up by the army breaking into his house at 1 a.m., as they smashed his belongings, and he was then arrested and handcuffed. He was released at 9 a.m. 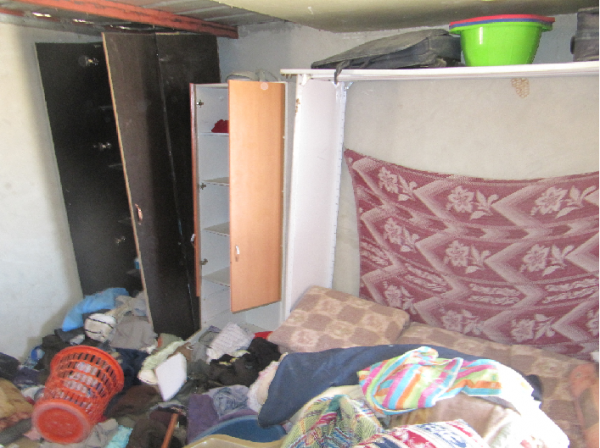 Home ransacked by the Israeli forces (Photo by ISM)

The raid was carried out over settler claim for a sheep

The two settlers accompanying the soldiers in Jinba yesterday claimed that the Palestinians had stolen one of their sheep. In fact they tried, with the cover of the army, to steal away one of the rams belonging to a Palestinian farmer; however they were stopped by the villagers. The ram in question purportedly worth 1600 dollars and is used for breeding purposes. This would have been a significant loss of property for the farmer, given that people in Jinba depend on animal husbandry for survival. 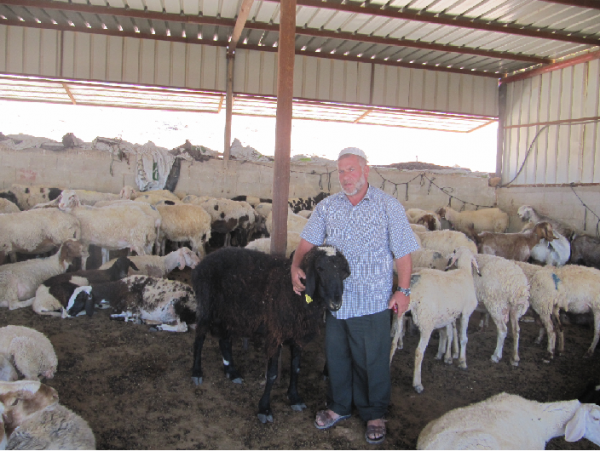 Mahmoud Raba’e posing with his ram, that settlers tried to steal (Photo by ISM)

Jinba is one of the villages in Masafer Yatta that lies in the area that Israel has designated as “firing zone 918”. This area is the land of 12 Palestinian villages that are threatened with mass demolitions, which is illegal under international law[1]. This would mean the forced displacement of all of their residents. Recently, violence by the Israeli army has escalated over the region in the time leading up to a major court decision concerning the fate of the South Hebron Hills.