On Sunday, 30th June, the Israeli forces in Khalil fired tear gas canisters in a residential area near the Ibrahimi Mosque. The soldiers claimed that this followed an incident of young Palestinian boys throwing rocks towards the checkpoint.

The teargas canisters landed amidst houses, causing problems to the residents. A 98 year old woman, Rashida Abed Al-salam Alkaraky, was severely affected by the inhalation of the gases that filled her room through her open window, and fainted. Her family couldn’t get to her immediately because of the density of the teargas in the air. Eventually they managed to transport her next door and an ambulance arrived to give her medical treatment. She slowly recovered from the effects after one and a half hours. 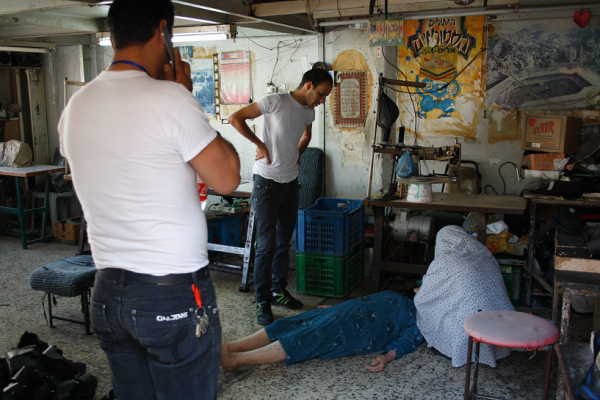 Following that, two squads of armed soldiers, accompanied by border police, started patrolling the area. They were pointing guns at windows and passers by and disturbing people in the area. During their hour long patrol, they invaded a Palestinian house and occupied the rooftop for some time. 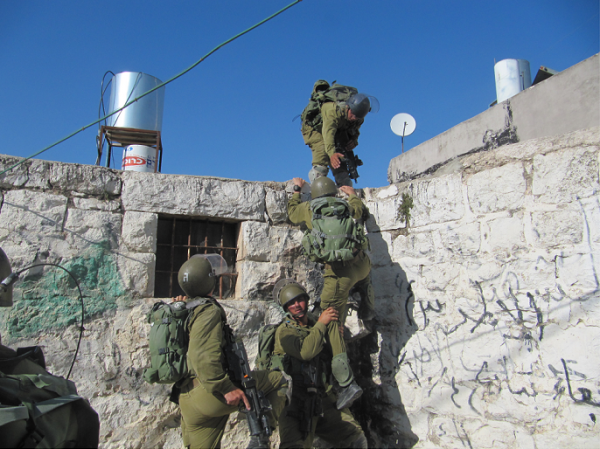 Israeli soldiers climbing a Palestinian house to invade the roof (Photo by: ISM)

Before their return to the army base, the soldiers started photographing children and youths in the streets. This arbitrary gathering of pictures is quite worrying in the city of Al Khalil, where the Israeli military very often detains and arrests Palestinian children. 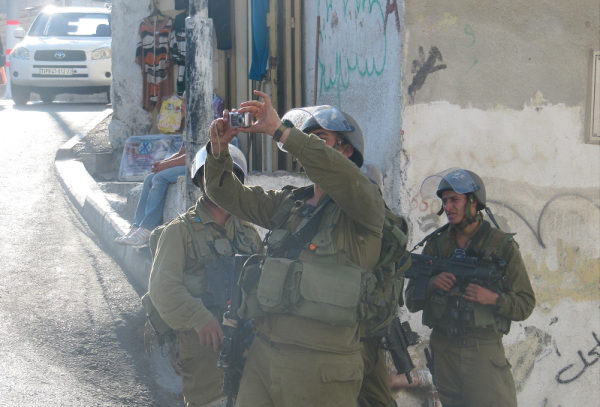