A wave of night time invasions and arrests by the Israeli military continues in the village of Ni’lin. At 3am on the 10th of June Ahmad Daood, 26 years old, was arrested in his home. Six military jeeps and more than thirty soldiers invaded the village in the night and tore down the gate to the Daood house. Ahmad was awakened from his sleep and brutally dragged out of bed. He was handcuffed, blindfolded and beaten in front of his family before being taken away in one of the jeeps. 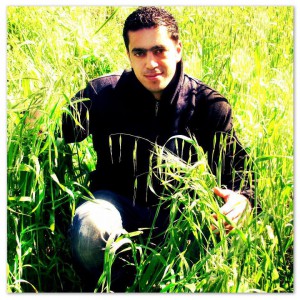 Ahmed was taken to Ofer Military Prison but it is still unclear whether or not he has received any medical treatment for the wounds that he sustained during the arrest. Witnesses stated he was bleeding as he was taken away by the soldiers.

Nighttime incursions in Ni’lin are still a very common occurrence and on the night of Ahmad Daood’s arrest the village was invaded twice; the first time around 1:30 am where no arrests were made. As the villagers just settled back to bed, thinking that the soldiers had left for the night, Ni’lin was invaded yet again.

On an average week the village is targeted for nightly invasions two or three times and since last month 29 people have been arrested during these incursions. Most of those arrested are likely to face sentences of more than a year in prison for their participation in peaceful demonstrations against the  annexation wall separating Ni’lin farmers from their land. Many of the arrested have previously spent time in prison and therefore can expect harsher sentences, sometimes even double, as the Army prosecutors claim that they have violated the conditions of their release.

We ask ourselves how probation conditions could regulate basic human rights such as taking part in peaceful demonstrations against the occupation of one’s land. Once again the makeshift order of the Apartheid Israeli justice system only serves to facilitate the colonization of Palestine.