School’s out; harassment continues in Hebron

The Hebron street where the Israeli army and Police have recently been regularly intimidating schoolchildren and teachers was today the scene of harassment of a different nature. 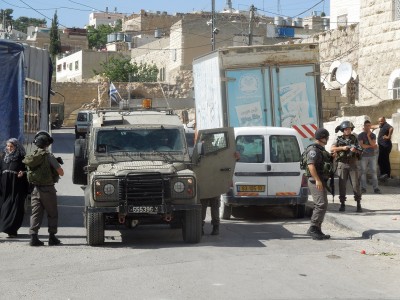 Tareq Bin Ziyad Street in Hebron was the scene of a mass arrest of schoolchildren earlier this year and intimidation continued until the end of the school year. Now that school’s out for summer, soldiers have found another way to harass the local Palestinian population – using a large military presence to check for cars that, as one soldier said, ‘might have been stolen from Israel.’

Today, four jeeps and a dozen soldiers stopped cars, demanded to see IDs, and chased one driver down the street menacing him with their guns. Children playing in the street were ordered to clear the area around where soldiers were harassing drivers. After a couple of hours, the Israeli army and police removed one vehicle from the street ‘for further investigation’.

Stopping people going about their daily business by car is one of many ways that the vast military presence in Hebron harasses the local population. Others include arbitrary arrests, ID checks and detentions at the multiple checkpoints that hinder movement by Palestinians through their own city. 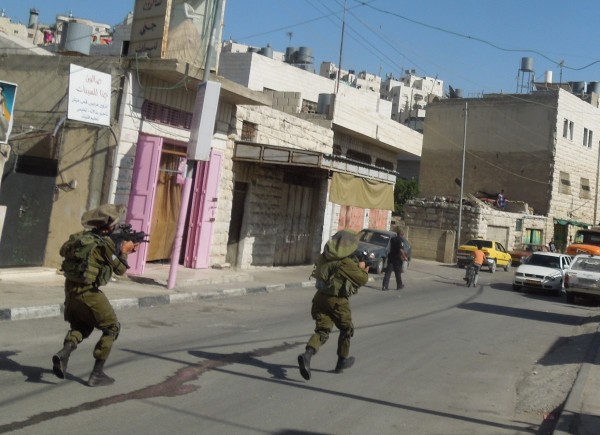 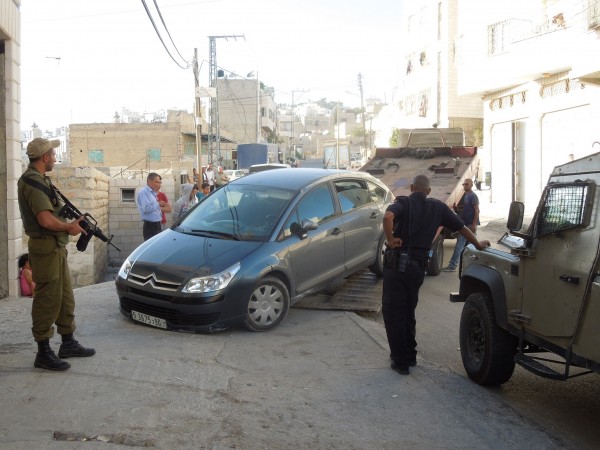