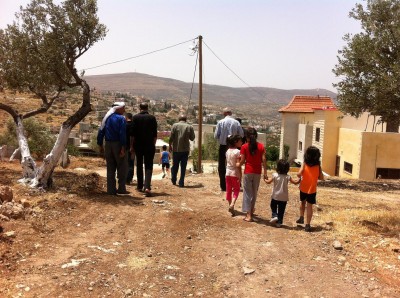 Five houses are facing demolition orders on the outskirts of Beit Dajan, a village located 10 kilometers east of Nablus. In the last month the Israeli Army have entered the village and presented residents of three of the homes with demolition orders, stating the land that they reside on is classed as Area C and therefore considered a security zone and under full Israeli civil and security control. However Beit Dajan is classed as Area B and under Palestinian control, the residents were given permission by the Palestinian Authority (PA) to build there and are currently arguing this point in case in Israeli court.

The other two houses were given demolition orders ten years prior with no official judgement made in court leaving the residents in a constant state of limbo ever since, never knowing if one morning they will wake up to find this is the day their family home will be destroyed. The five homes house over sixty members of an extended family and provide easy access to the adjoining land on which they grow olive trees. Foundation markings had also begun in preparation for the building of another home but they were given a ‘stop work’ order in conjunction with the demolition orders -again despite having permission from the PA.

The three houses facing recent demolition orders were all built within the last five years and keep the three generations of family members together. The residents are currently trying to argue their case in Israeli court citing the land ownership papers and maps of the area distinguishing Area B and C – the village’s lawyer is hoping for a court ruling on the 3rd of June, although there are likely to be delays. As one resident wryly stated in regard to the land classification and the likelihood of the Israeli Army and Government adhering to this, “The centre of Nablus is Area C, everywhere is Area C.”

Of the collection of seven houses standing together only two do not have demolition orders. The remaining five that do are all within one hundred metres of those with permission, a clear demonstration of the arbitrary nature of the line drawn between Area B and C. Last month, 500 olive trees deemed by the Israeli authorities to be in Area C were uprooted by the Israeli military in Beit Dajan.

One woman, May Hannachi, described the traumatic experience for her family of Israeli soldiers coming to present the demolition orders. One of the homes under these orders is intended to be for her and her future husband whom she will marry in September. If they do not succeed in court, Abdul Rahman Hannachi, owner of another of the threatened homes, said that the family would stand in front of the bulldozers. 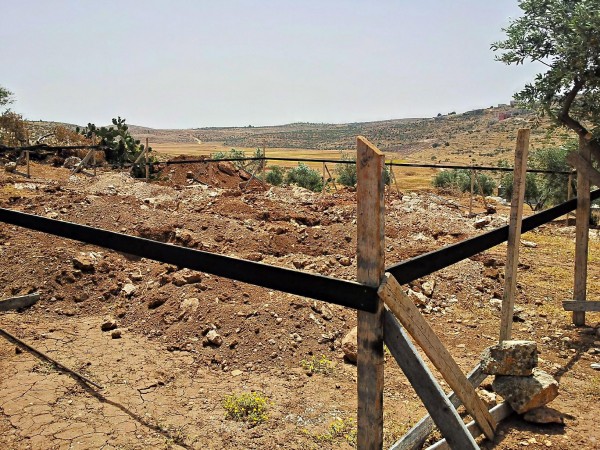