At around 9 am today, 150 Palestinians, accompanied by International activists, went to Deir Jreer lands to construct a new road so that local farmers could reach their lands more easily. Two bulldozers flattened the path from the nearest road to the lands located near an illegal Israeli outpost. Israeli military personnel maintained a presence on a facing hilltop but did not intervene. In addition to constructing a new road ‘ the villagers wanted to protest the confiscation of their privately owned land by Israeli settlements and military. 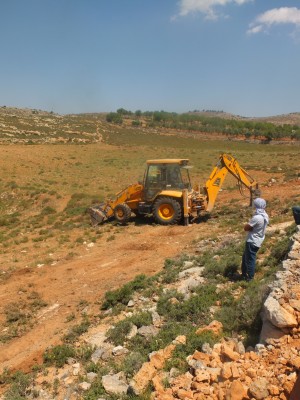 A new road is constructed by the residents of Der Jreer

In the nearby village of Silwad, approximately one hundred Palestinians, joined by a handful of Israeli and international activists, also demonstrated against land confiscation and settler violence. After midday prayers, demonstrators walked along the main road towards the entrance of their village where Israeli forces were located. Clashes soon erupted; Palestinian protesters threw stones and Israeli forces shot excessive amounts of tear gas canisters, some stun grenades and rubber coated steel bullets at people. The confrontations lasted until around 15.30.

In the past few weeks, the villages of Silwad and Deir Jreer have faced an increase in violence from the settlers of Ofra settlement , the nearby outpost and the Israeli military. Settlers established a new outpost on the top of a hill but Palestinians dismantled it after a Silwad villager was severely attacked by settlers. The village of Deir Jarir was also raided by settlers who set fire to ten of the resident’s cars. 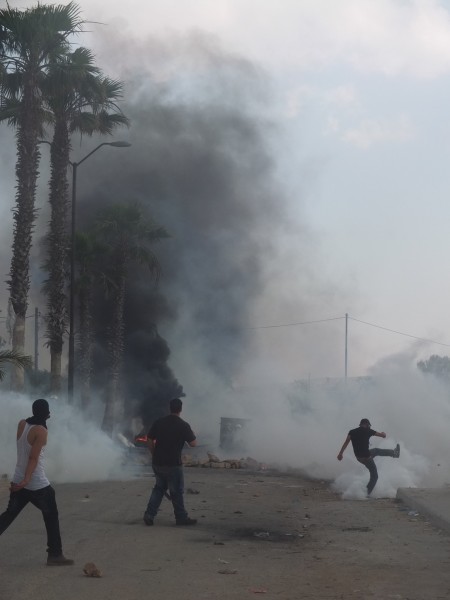