Protest against new road block in the village of Al Walaja 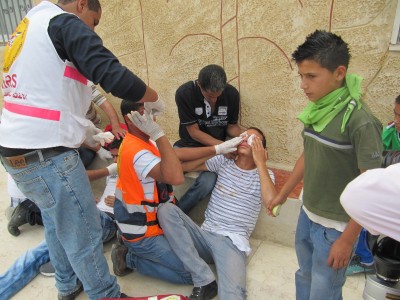 On Friday 10th May, Palestinians from the village of Al Walaja protested against a new road block, placed by the Israeli army in one of the two roads giving them access to Bethlehem. The iron barrier that was placed earlier this week, is part of a plan to annex land that belongs to Al Walaja and expand the illegal Israeli settlements of Gilo and Har Gilo.

After the Friday prayer at the mosque, Palestinians marched to the barrier with the intent to cross it and reach on foot their land that is now being cut off by the road. They were prevented by the Israeli army, who violently pushed protesters away. Soon after Palestinians had reached the barrier the Israeli army started throwing sound bombs and tear gas amid the crowd which included children. 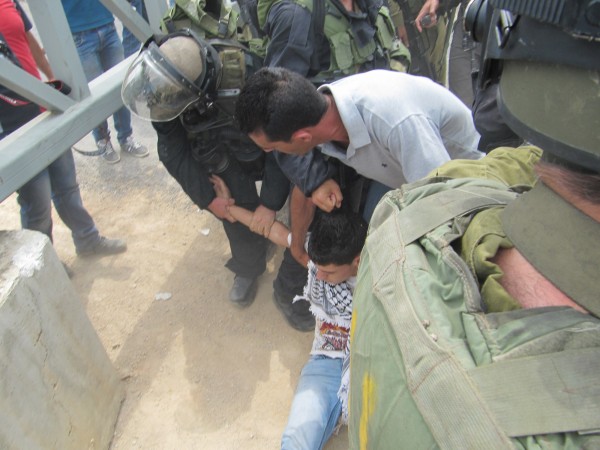 Israeli soldiers also used pepper spray on protesters, two of whom had to be removed by medics and transferred to the yard of a neighboring house to receive medical care. The Israeli army followed them to the entrance of the house and threw a sound bomb in their direction. The army also tried to arrest a minor who managed to get away by the intervention of many of the protesters who ran to his aid.

Al Walaja is located between the Green line and the Israeli annexation wall, which effectively surrounds its land. Palestinians of Al Walaja were already displaced during the Nakba in 1948 and the annexation of Jerusalem and many of them are still living in refugee camps in the Bethlehem region. Of those that returned to rebuilt Al Walaja where it stands today, many have faced house demolitions. 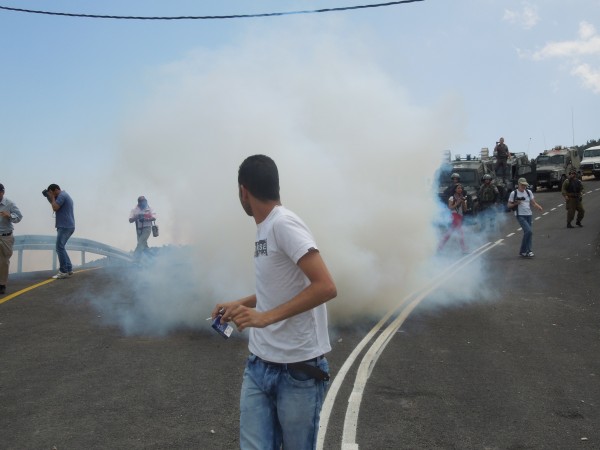