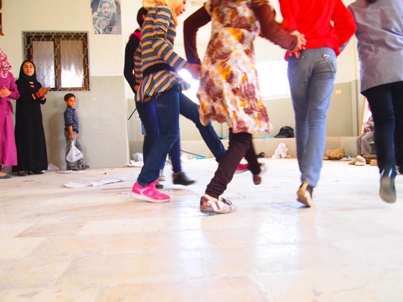 The event ended in a Palestinian dabkah performance by a local girls dabkah group, celebrating culture and proving that Palestinian history has not been forgotten.

A new women’s center in Asira Al-Qibliyyah hosted an event for women and children in commemoration of the 65th anniversary of the Nakba, or “catastrophe.”

Local women and children watched a short video of a Palestinian woman from Al-Kahlil (Hebron) speaking about defending her home and remaining on her land despite threats and great incentives to leave.  She lives in Tel Rumeida, an area that has been densely populated with illegal Israeli settlements, but has held onto her land for her right to be there.

A Palestinian artist also spoke to the women and children, speaking about the Nabka and leading a discussion with the women on how they believed the story was remembered today. He also spoke about and showed some of his work as part of a group that paints symbols of resistance and remembrance on walls around Palestine, including the apartheid wall.

The founder of the women’s center says that about eighty percent of the people living in Asira are refugees from 1948 Palestine. The women recalled memories of their families’ displacements and each woman named her village of origin (prior to the Nakba).

“There were women there that I felt were so strong because of the stories they had and remembered,” the artist leading the discussion said. He heard from widows and encouraged that some of the strength in the past of women was in knowledge of the displacement and the Nakba, and the strength of their children by their mother teaching about those topics.

Many local children attended and solidarity activists joined them to create homemade kites inspired by the quote that “Do you know children in Palestine fly kites to prove that they are still free?” by Andrea Gibson.

A local young girls’ dabkah group closed the event with a Palestinian dabkah step-dance performance. The women center aims to host future programs designed specifically for children in addition to their programs for local women. 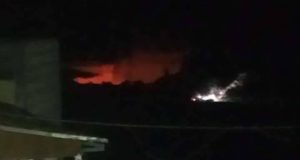