Life in Hebron disrupted by another settler “tour”

Yesterday the illegal settlers of the city of Al Khalil/Hebron held a walk through the Palestinian souq and nearby neighbourhoods.  Prior to this, Israeli forces entered Palestinian homes, occupying roof tops. Throughout the tour Palestinian movement was restricted, and the soldiers controlled the movement of some international observers, while about 50 Zionist tourists and settlers were being escorted by Israeli heavily armed soldiers and  police, around the Palestinian neighbourhoods of the old city. 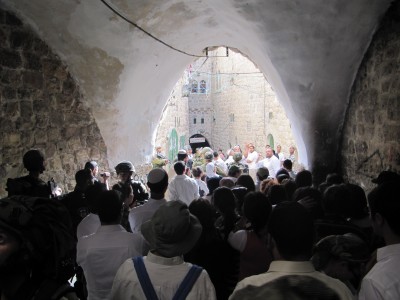 About half an hour into the tour, an object was thrown towards the illegal settlers resulting in one  receiving a head laceration, briefly disrupting the walk, after which he was able to continue with the tour.

Although it was unclear where this object came from, some soldiers broke away from the tour group and increased the aggressiveness of their patrol, intimidating Palestinians by pointing guns and invading privacy by looking into residents homes. Eventually they entered a house, further away from the location of the incident. At the time of the intrusion three children were alone in the house. The children were scared as the armed soldiers marched into their home, occupied the roof top and remained there for about ten minutes. Human right observers stayed with the children, monitoring the soldiers,  until they left the house.

This “tour” of Hebron happens every week and is a regular disturbance for Palestinians in the busy souq of Hebron. Since the closure of Shuhada Street – traditionally the busiest market street in the Old City – more trade has moved into the souq. Rather than close it, many Palestinians believe that the Israeli authorities are trying to make life as uncomfortable and unsustainable as possible, in the hope that Palestinians will move from the area. 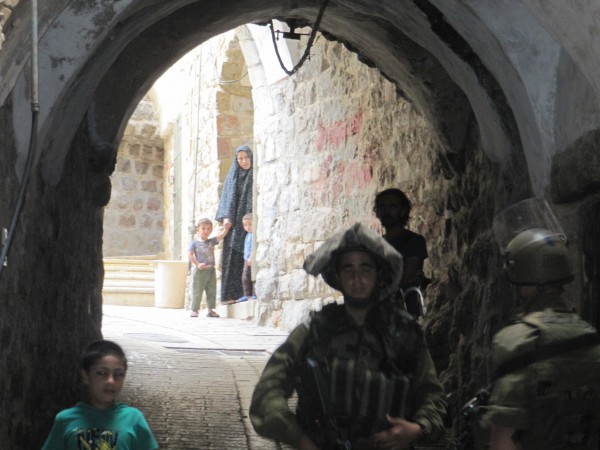 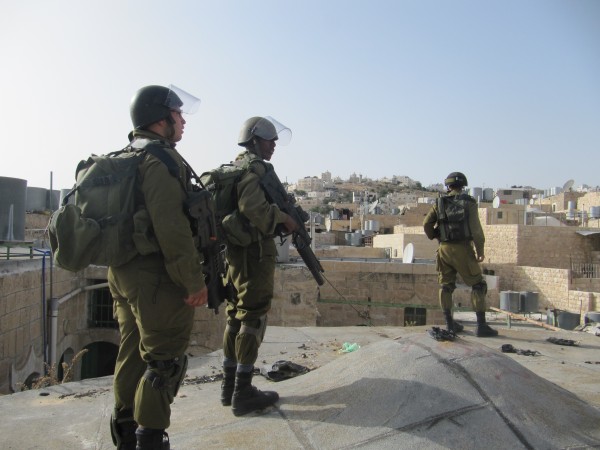