Arson attack on Asira village by illegal settlement of Yitzhar

At 1.30pm today, 30th May, thirty settlers from the illegal settlement of Yitzhar trespassed on to land above the village of Asira, lighting fires and throwing rocks at around seventy villagers who came to extinguish the flames and defend their village. Israeli military and Border Police cooperated with the settlers whilst standing in front of them, firing teargas and blocking the Palestinians and fire service from putting out the spreading fires that in total burned 200 dunams of village land over the course of two hours. 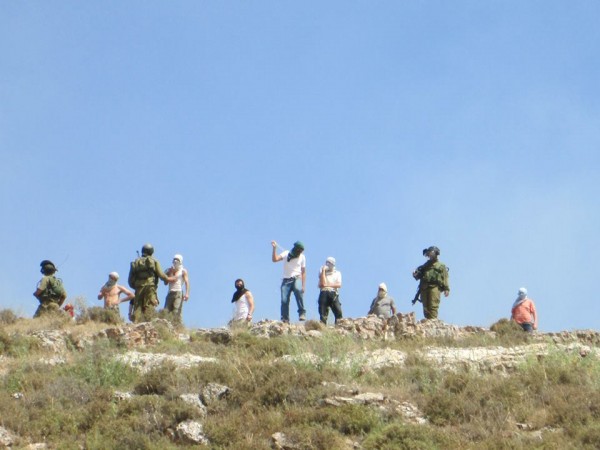 After setting fire to the village land above Asira the settlers then stood and threw rocks at any villagers who came near. Several youth from Asira were injured after being hit by rocks during the attack. Twenty five Israeli soldiers and Border Police were present at the scene throughout the course of events. Countless times the settlers ran down the hill towards the villagers throwing rocks and the army stood by or attempted to prevent the villagers from standing their ground and stopping the settlers from entering the village. In attempts to disperse the villagers the army threw sound bombs and shot tear gas into the stationary crowd.

The villagers could only stand and watch as their land containing olive trees and wheat crops burned in front of them. A tractor with a front end loader was visible at the nearby military outpost digging a trench around it to prevent the fire spreading into the outpost with no consideration taken for the many dunams of village land ignited. At 3pm the settlers turned and ran back up the hill whilst the army stood in front of the villagers threatening them with their guns.

Once the settlers had vacated the area, the villagers were still prevented from putting out the fire on their land. In desperation the villagers began to harvest wheat that was in danger of being burned. Another ten minutes passed before the army began putting out the fire themselves and then allowed the Palestinian Fire Brigade to complete the job. In total over 200 dunams of land had been burnt across land owned by the village of Asira and on to that of the neighbouring village of Urif.

Security employed by the illegal settlement of Yitzhar was also present, parking their truck with three Israeli Military army jeeps, observing the attack from above. This assault comes a month after a violent settler attack on Asira and neighbouring villages of Urif and Burin in retaliation for stabbing of a settler from Yitzhar settlement. Yitzhar is considered the most violent of settlements in the West Bank by the UN.

Asira and the other villages which surround the illegal settlement of Yitzhar face daily violence from its Zionist settlers. Palestinians are regularly injured, schools are frequently attacked, agricultural land it often set alight and residential homes are often damaged. The Israeli army also frequently raid the villages, often in the middle of the night, to search houses and make wanton arrests, often of children. Under the Fourth Geneva Convention collective punishment is a war crime. 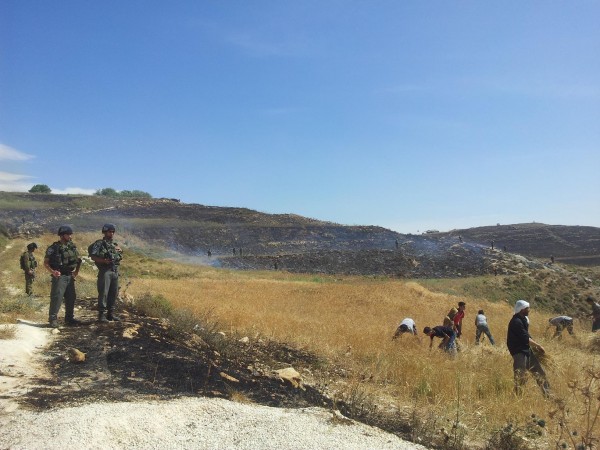