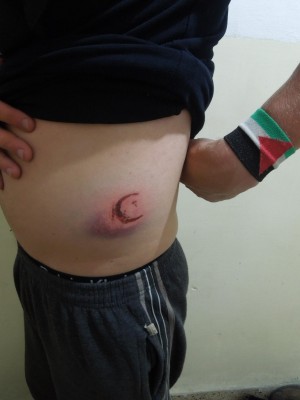 On Friday 26th April, around sixty Palestinian and international activists were met with dozens of teargas rounds and rubber-coated steel bullets while protesting against a road closure in the Wad al-Huriyeh area of Hebron. The road is adjacent to the illegal Israeli settlement of Hagai.

Tear gas was fired immediately by Israeli forces as the demonstration started, with rounds fired directly at protesters. A Danish activist was hit in the stomach by a tear gas canister, and many other activists suffered the effects of tear gas inhalation. Israeli forces later fired on the non-violent demonstration from two separate locations at once, increasing the danger to protesters.

Following the end of the demonstration, the Israeli military invaded Wad al-Huriyeh and sprayed foul-smelling skunk water over Palestinian houses, in an act of collective punishment against the townspeople for organising the protest. The Fourth Geneva convention specifically prohibits such collective punishment and intimidation of civilian populations.

Demonstrations at Hagai roadblock have been taking place for over two months. The road has been blocked since 2008, adding 12km to the journey between Hebron city and Al Fawwar refugee camp and villages and towns in the South Hebron Hills. 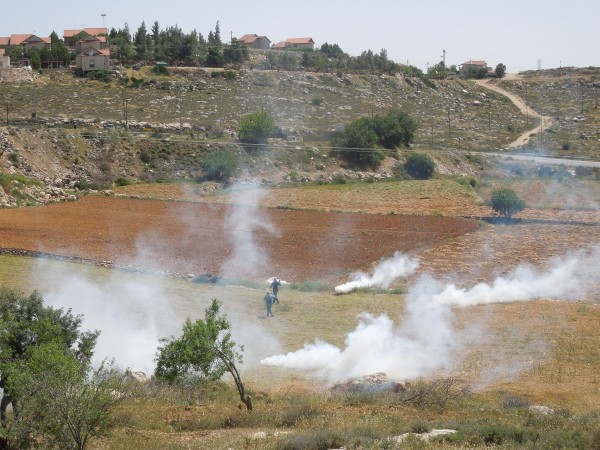