International arrested at non-violent demonstration in support of Samer Issawi

A Swedish activist was arrested by Israeli border police this afternoon at a non- violent demonstration in Beit Omar. He was taken to the police station at Gush Etzion settlement and detained for two hours before being released. 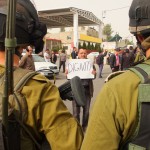 The demonstration was held in support of Samer Issawi, a Palestinian political prisoner who has been on hunger strike for over 250 days in Israeli administrative detention without charge. Israeli soldiers also confiscated two other internationals’ passports at the non-violent demonstration. Soldiers harassed the small group of demonstrators, restricting their movement by surrounding and pushing them. One soldier threw a sound bomb at a lone demonstrator as he started walking away from the demonstration. 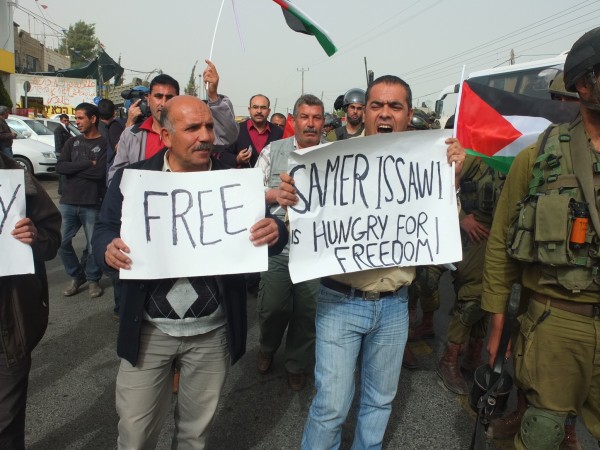